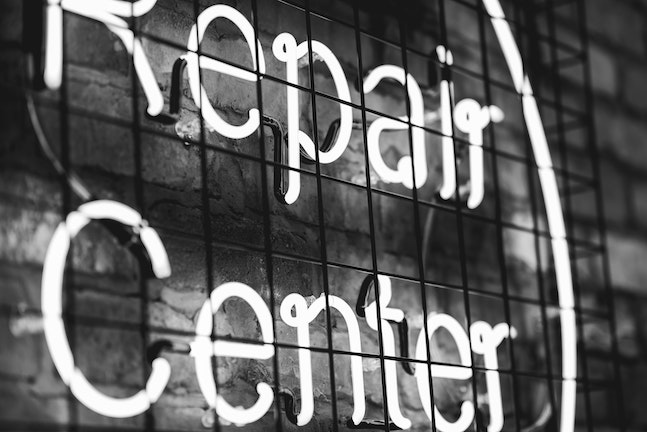 
The phenomenon of planned obsolescence where items are designed to break down or be replaced generates enormous amounts of waste and contributes significantly to climate change. A “repair economy” may be the answer to a sustainable way forward.

Your older smartphone runs slow. The toaster lever doesn’t stay down. The zipper on your backpack gives up the ghost. Over the past few decades, the quantity of materials used in the global economy has been accelerated by the phenomenon of planned obsolescence where items are designed to break down or be replaced.

The environmental effects include a sizeable contribution towards climate change, the depletion of non-renewable resources and landfills filling up with waste, including in more recent years fast-growing quantities of electronic waste.

Recycling helps a lot, but has some drawbacks. Materials diverted for recycling may be stockpiled or even dumped, some energy is inevitably used to process it and some recycling could be more accurately described as downcycling because the materials are directed to lower-grade uses where no further recycling is possible. Upstream solutions are better, and one of these is for items to be repaired.

Typically neglected in environmental discussions, repair is one of the most direct ways of slowing down these negative trends and challenging planned obsolescence. Making do and mending was formerly an unfashionable backwater, when viewed through the lens of mainstream values, and tended to have associations with frugality, poverty, and Second World War austerity. Fifteen years ago, repairing was on nobody’s radar, and seemed a lost cause when ranged against powerful forces with a vested interest in waste.

Recycling helps a lot, but has some drawbacks.

Since then, repair has morphed into a powerful global movement. Online repair manuals are now available at websites such as iFixit.com, regular repair gatherings are occurring and a right-to-repair activist wing has taken shape. Repair is one of the most effective forms of rebellion against the excesses of consumer society.

Parallel with this has been a positive shift in attitude towards stuff in some quarters, that stands at odds with the disposable economy. A custodianship mentality involves a sense of responsibility for possessions and a desire to keep them in circulation for as long as possible.

This neglect of repair over decades has resulted in a trend towards deskilling, a kind of “learned helplessness” characterised by a loss of self-reliance. Meanwhile, retired people with skills have had no venue in which to offer them to the public. There was a need for these repair skills to be passed on, and for interested people to learn how to carry out repairs in a venue containing the necessary tools.

Martine Postma is a Dutch journalist who became concerned at the growing waste created by the disposal of repairable items. In 2009, she opened the first Repair Café in Amsterdam, and in 2011 she started franchising the model globally. Today there are 1916 of these scattered around the world at the latest count, and more are setting up all the time. Australia has 38, of which most are in Melbourne and rural Victoria, and New Zealand has three.

All Repair Cafés operate on a non-commercial basis, where small donations are appreciated to cover overheads. People bring in a range of items to be fixed, and a number of experienced repairers are on hand to help with jobs. The average successful repair rate is about 70 per cent. Repair Cafés are a godsend for people on low incomes who are unable to afford professional repair rates. However, Repair Cafés are intended to complement professional repairers, rather than compete with them, and can direct business in their direction.

A custodianship mentality involves a sense of responsibility for possessions, and a desire to keep them in circulation for as long as possible.

Repairing is not just about things; it also creates a kind of community glue around a shared sense of mission. Katherine Wilson, from Swinburne University of Technology, is author of the book Tinkering: Australians Reinvent DIY Culture. She observes that a repair-oriented society is more caring, inclusive and healthy. In her words, “There’s a connection between the way society treats material objects and the way it treats people.”

In Australia, Repair Cafés are certainly arousing a lot of interest, with an online ABC 7.30 Report story attracting more than 1.5 million views. If you are interested in setting one up, the first step is to buy a digital information pack costing €49 (A$80/NZ$85) from the Repair Café International Foundation.

Similar to Repair Cafés, Restart Parties instead have an emphasis on computers and electronics. This makes sense, given that electronics are the world’s fastest-growing waste stream, and 50 million tonnes of e-waste are produced annually. Originating in London, these are high-tech fixing workshops that have since spread to eight countries, mostly in Europe and North America.

Beyond tackling electronic products when they fail, these workshops are useful when devices and computers become unworkably slow, a state that is surprisingly easy to fix. Restart Parties are oriented mostly towards a younger demographic, but all ages are welcome.

The economics of repair

In recent decades the cost of repair has risen, while at the same time that of new products has sometimes fallen, often making repair more expensive than buying a new replacement. Shortly after investing in getting an older item fixed it may develop further faults. Mending also tends to be time-intensive, compared to buying a replacement.

Considering repair as a first priority above disposal can involve a shift in thinking and priorities. There are important environmental benefits in defying the economic incentive, taking a broader holistic view and paying a little more. Repair is more labour-intensive than manufacture, creates more jobs and usually supports the local economy. Repair Cafés radically skew these economics by bringing down the cost of repair to a token donation, but are not suitable for every item.

Repairing is not just about things; it also creates a kind of community glue around a shared sense of mission.

Sweden stands out for its policies that encourage product repair. In 2017, it introduced a value added tax discount from 25 per cent to 12 per cent for the mending of bicycles, clothes and shoes. For larger appliances, the tax deduction benefits are even greater, equivalent to 50 per cent of the labour cost. These measures were brought in by the country’s social democrat and Green party coalition as a challenge to a throwaway culture. In comparison, in Australia and New Zealand incentives to repair are limited to rights under consumer law.

In the clothing sector

While fast fashion is notorious for its disposable tendencies, there are clothing companies working in the opposite direction and making repairable products that are designed to last. For clothing in general, sewing machines are used in most Repair Cafés, and professional repairers are often easy to track down.

Patagonia is a US clothing brand that has also made a name itself as an environmental pioneer. The company operates North America’s large garment repair facility in Reno, which employs about 45 people and carries out about 40,000 repairs per year. Annual Worn Wear tours involve clothing repair vans travelling around parts of Europe and the US. In Australia, its Sydney store incorporates a Repair Hub where items can be fixed free of charge.

Other manufacturers are thinking along similar lines. Swedish denim company Nudie Jeans offers repair kits, and has 28 repair facilities in different parts of the world. These include three in Sydney, two in Melbourne and one in Brisbane. Other clothing makers with repair options are Isbjorn in Sweden and Mud Jeans in the Netherlands.

The technology sector offers a marked contrast between two different companies in the smartphone business. Among large multinationals, Apple perhaps has the worst reputation for planned obsolescence. Its business model depends upon regular replacement of iPhones, which goes hand in hand with discouraging repair, and making the changing of batteries inconvenient. The company has been accused of slowing down older phones to encourage replacements. This can occur as a result of software updates that are optional to install.

Fairphone is a company that started in the Netherlands in 2010. It grew out of a campaign to arouse awareness about conflict materials in the electronics supply chain, linked to human rights issues. The activists considered that it would be easier to effect more change inside the industry than from the sidelines, and raised the money to produce its first phone via crowdfunding.

The Fairphone stands out because it is both repairable and modular, with six removable and replaceable modules. Unlike in Apple phones, the battery is easily user-replaceable. The company sells spare parts and offers repair tutorials. Fairphones sell for €450 (A$730/NZ$780), and can be purchased in Australia and New Zealand via overseas third-party resellers that are listed on the company’s website.

A right to repair

Repair has become an area of contention between tinkerers, repairers, and environmentalists on one side, and industry on the other. This is most visible with the right-to-repair issue.

There are a few ways in which companies can attempt to discourage repair:

A big controversy is when the manufacturer of a high-tech product retains the intellectual property, challenging the traditional notion of ownership. One example is John Deere in the US, which has required farmers worldwide to sign unpopular end-user license agreements preventing self-repair.

Despite farmers wanting the freedom to repair their own tractors, a shift towards digital technology is throwing a spanner in the works. Making these products more computerised now requires third-party repairers with the right equipment, and involves increased expense and longer waiting times.

Although right-to-repair laws have been proposed around 20 US states, none have so far been passed. This is due to industry lobbying, the complexity of the issues and worries about inexperienced people performing potentially dangerous home repairs.

More progress has been made in the EU, with the updated Ecodesign Directive due to come into effect in 2021. This is the first legislation in Europe containing right-to-repair language, with measures that are oriented towards professional repairers rather than self-repair. Types of products affected are televisions, lighting, fridges, washing machines and dishwashers. Manufacturers are required to provide repairers with relevant information, and to supply parts for seven years (washing machines) and ten years (fridges and freezers.)

Once, it was fairly common for people to repair their own cars. Over time, vehicles have become more computer-controlled, increasingly technologically complex and also more expensive to repair. Plugging in a computer in order to diagnose problems is increasingly necessary.

Since 2014, Australia has had a voluntary data-sharing agreement between vehicle manufacturers and independent repairers. In 2019, the chair of the Australian Competition and Consumer Commission (ACCC), Rod Sims, told a parliamentary enquiry that the agreement was not working, and that the difficulties this was causing were worsening. Instead, it looks as though mandatory regulation will be necessary.

Lack of data-sharing is anticompetitive, as it pushes up costs for independent mechanics who are in competition with manufacturers for repairs and servicing. More time is required, eroding their ability to generate income, and pushing them onto an increasingly economically challenging footing.

Personal strategies for repair include visiting the local Repair Café, if one exists, and if not, considering setting one up. Otherwise, a useful move is to compile a personal directory of nearby repairers, and to support them. Although it requires a shift in outlook, a good tip is to buy products designed with ease of repair in mind.

At a more hands-on level, try your own fairly simple screwdriver-and-glue-style repairs and expand your comfort zone over time. Who knows, you might catch the repair bug and become addicted. 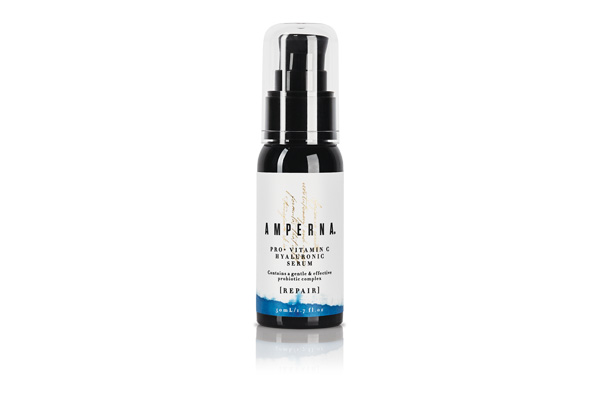 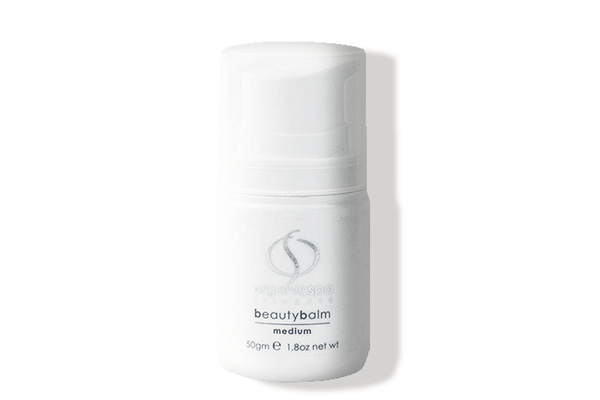 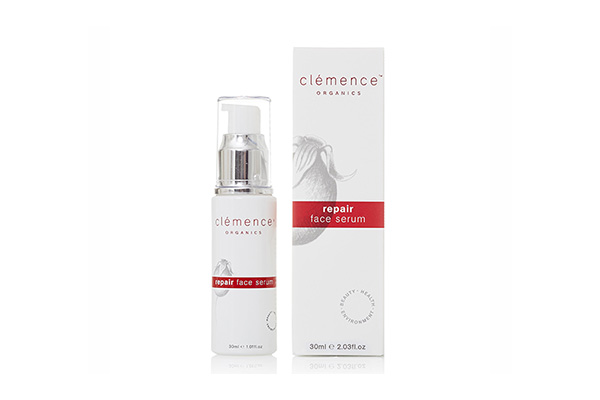