How do you change a sad or depressed mood when you get into one? Sometimes you may not want to alleviate sadness if it is appropriate to the situation and maybe on other occasions you enjoy a good wallow in a pool of melancholy to salve the aches of existence. Granted that there will be times when you donâ€™t want or need to change a low mood, it is still true that a mood is not a thing to be trifled with; it can take on a life of its own and overcome you and before you know it you are sad or anxious well beyond the reach of the initial reason. So, to return to where we began, how do you change a mood that has overtaken you? If the idea of changing is a mood is revolutionary to you then perhaps you need to think about what tools may be available to you to change a mood. After all, you do not have to be victim to a mood; you can change what you feel. In fact new research has shown that just changing the style of your walk can be mood altering.

The difference in recall ability indicates that walking style does contribute to mood. It also reinforces that when you are in a negative mood, or a positive mood, you tend to pay attention to things that reinforce that mood and so mood becomes a self-perpetuating spiral: either up or down.

The other thing that this shows us is that your mind, or perhaps more accurately your brain, employs a complex algorithm to make sense of the world and part of that formula is the information it gains from what your body is doing. Your brain and your body are not separate entities but are unified in mind.

That means you can use a simple thing like changing your posture while walking to change your mood. Instead of just putting on a happy face, you can put on a happy gait. 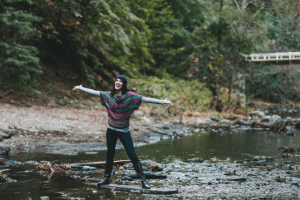 3 simple (and free!) actions to boost your mood

Feeling grouchy? Try these three simple (and free!) things to boost your mood. 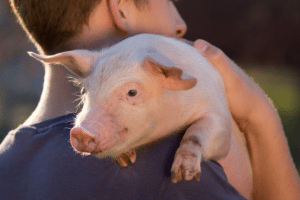 The personality of pigs

Pigs have personalities and a pig’s personality interacts with its living conditions to produce its outlook on life.