A case of hungry adrenals

Tania was a tall, well-built lady in her 60s with a happy, relaxed demeanour. She listed a number of longstanding complaints and told me she had decided to try an alternative approach to prescription and over-the-counter drugs.

Recurring hayfever, sneezing and allergic rhinitis had plagued her for decades. A two-tone severe ringing in the ears was becoming unbearable. X-rays had revealed spurs on her heels and several vertebrae. Her eyes always felt scratchy, sore and dry. She often experienced difficulty in breathing as well as heart palpitations. Her legs were a particular worry. They felt leaden and heavy and tended to accumulate excess fluid around the ankles. Tania’s left hips, knee and leg muscles, in particular, gave her a great deal of discomfort and pain. At times her fingers lost all sensation.

On close examination, Tania’s eyelashes looked crusty and the skin around her eyes was dry and cracked. She had been depending on the antihistamine fexofenadine to ease her symptoms, but was hoping to find a cure rather than opt for the temporary respite afforded by medication.

Tania’s legs were covered in multiple bruises that she was unable to account for. I also noticed that Tania, several times, during the course of our conversation, blotted excess moisture from the corners of her mouth. Although her eyes were too dry, she had an overabundance of saliva.

Tania’s left ankle was slightly swollen and her fingernails were badly ridged. She had a history of rheumatic fever as a young child and infectious hepatitis in her early teens.

Tests revealed a profile of:

We were discussing the results of her tests, when Tania suddenly threw her arms into the air and collapsed with her head on my desk. Alarmed and jumping up to go to her aid, I became aware that she was laughing and crying with a happy smile on her face.

“Low blood sugar,” she squealed. “Why didn’t I realise? That must be why I always have this HUGE craving for chocolate followed by a hunger for something extremely salty like anchovies. No matter how hard I fight it, I can’t stop from bingeing. For years, I have been disgusted with myself for always giving in when the craving hits me.” She clapped her hands, eyes wide, “Does this mean there’s a concrete reason for my pig-out sessions and I might be able to regain some control of these awful urges?”

We laughed together as I assured Tania there was every likelihood her chocolate demon could be tamed.

The first priority was to ensure that Tania’s adrenal glands were well repleted with energy sources. High on the list were avocados, green leafy vegetable smoothies, Tasmanian shiitake mushrooms, broccoli and royal jelly. Muscle testing ruled out sensitivity to the latter.

Royal jelly’s nutritional profile is amazing: very high in protein and hydroxy acids, which boost the immune system; rich in phospholipids; extremely high in nucleic acids and acetylcholine and the only nutritional source — that I am aware of — that provides a good source of globulin. It has abundant B vitamins and, in particular, pantothenic acid needed to make cortisone and all the adrenal steroid hormones. Royal jelly even supplies zinc, vitamin A and precious D3.

A note of caution for readers of this column who, after marvelling at the health potential of royal jelly, feel fired up to try a course: if you have a “sensitive” or “allergic” tendency, never take royal jelly without the advice of a qualified practitioner. While royal jelly’s nutrient spectrum, anti-inflammatory and immune-modulating benefits have been well documented, you may be the unlucky individual who suffers a possibly severe reaction. This is one supplement to never take on a whim. Royal jelly has been shown to have potent anti-allergic properties, however the product is not for everyone.

Tania expressed the wish to keep her supplements down to an essential minimum. The choice was easy:

Many years later, I received the following email from Tania: “Seven years ago, I commenced a health plan with you and had fantastic results. Unfortunately, financial and family problems meant I had to discontinue the plan. Happily, both problems are now resolved and I desperately need to resume the plan. I have started a raw food diet in preparation for a great change of lifestyle and I am in the right place mentally and raring to go. Please let me know how we can resume my plan.” 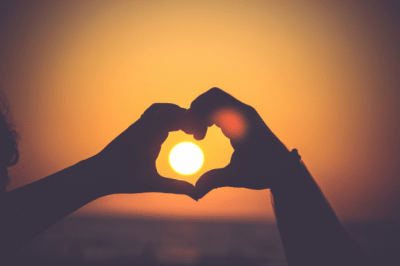 The cycles of Venus and Mars with Sun and Moon on our timelines offer you repeat opportunities to perceive life's... 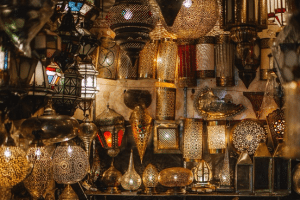 One simple exercise to help revive your inner vitality

Do you feel as though you're lacking vitality and need to revive the spark within? This simple journaling exercise can... 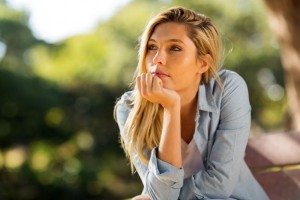 Worrying about health is not healthy

It's easy to spend a lot of time worrying about your health. The paradox is, that worry actually makes you...