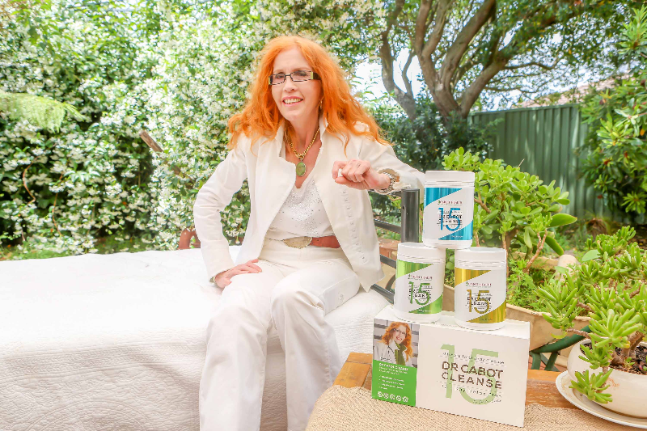 
We speak to Dr Sandra McRae Cabot who, at age 29, founded Cabot Health, an all-Australian-owned health supplement company. She hasn’t looked back since.

When was Cabot Health founded?

I founded Cabot Health in 1981, when I was 29. It was a bit daunting to start a company, but I was creative and inspired so I borrowed the money and took the plunge. It was difficult for a single woman to borrow money back in those days!

What was your initial vision for Cabot Health and has that changed over time?

My passion for nutritional medicine began while I was a medical student during the 1970s in Adelaide and was borne of curiosity and frustration. I was working in hospital medicine and found it lacked focus on treating the actual cause of disease. We admitted patients with serious and often chronic illnesses and they were investigated, stabilised and sent home with new medications. Usually they were back several months later with the same degree of illness and in the long-term were not getting better. I spent my spare time and holidays sitting in with a brilliant naturopath in Adelaide by the name of Errol Harding, whose waiting list was six months long. Errol taught me about juicing, iridology, herbal medicine and fasting. I sought out courses on acupuncture and homeopathy, which I found helpful, but I was drawn to nutritional medicine. I also read extensively about hormonal treatments for women and adrenal problems. One physician who inspired me was Dr Katharina Dalton. She had discovered that bio-identical natural progesterone could help women with mental health and gynaecological problems and had published many books on the subject. She was brilliant but never received adequate recognition.

For more than 40 years, I have treated thousands of patients with chronic health problems who responded very well to holistic and nutritional medicine.

During the 1980s, I became aware of the emerging epidemic of fatty liver disease. This concerned me as a doctor; despite modern-day medicine, we were not improving the overall health of people. The rates of obesity, chronic fatigue, depression, diabetes and autoimmune diseases were skyrocketing. I became aware that in the majority of cases, our highly processed diets, sedentary lifestyle and toxic environment were contributing to modern diseases.

I have learnt that it is essential to support the liver and the gut – as well as the immune system – in a person who is chronically unwell. For more than 40 years, I have treated thousands of patients with chronic health problems who responded very well to holistic and nutritional medicine.

Over time, the incidence of liver and gut and immune system problems has increased; this has become my main focus in my books and nutritional supplements.

What inspired you to create your powerful liver tonic?

It was the increasing incidence of liver diseases, including fatty liver. This is now an epidemic and affects approximately one in three Australians. Autoimmune diseases of the liver and liver infections are also common. Liver disease is shortening the lifespan of millions of Australians and placing them at higher risk of serious diseases including cancer, heart disease and type 2 diabetes. Many people are unaware that they have a liver problem, such as fatty liver, and thus they battle with weight excess and poor health. If we focus on the liver and improve its function, we are able to get quicker and long-lasting results. It is not hard to improve the liver function and to reverse liver disease, as nutritional medicine really works. I have done clinical studies to prove this.

How do you create your supplements?

I research nutrients and herbal remedies that have proven therapeutic benefits. I have years of experience using these treatments in people with many types of illnesses. I consult with other doctors and my team of naturopaths. All my supplements are manufactured in Australia.

What do you avoid putting in your supplements and why?

Genetically modified ingredients, common allergens and synthetic ingredients with potentially adverse effects. All our products are tested for contaminants such as heavy metals and pesticides and we only use clean and pure raw materials. Supplements are designed for daily use, and I don’t want to expose people to harmful ingredients. I also prefer to formulate capsules and powders rather than big tablets, which are compressed and held together with binders and fillers and may be harder to swallow and absorb.

What are your three top tips for improving health and wellness?

I believe the average person can improve their health significantly with those tips.

What obstacles have you faced being a pioneer?

Quite a few, but I have always been an optimist and was confident in the fact that I had done so much research and seen so many patients in clinical medicine. Most doctors are conservative and most research is funded by drug companies, so a few of my books caused amusing reactions among some of my peers. The negative reaction I received from an immunologist for the best-selling Liver Cleansing Diet book got me on national media and made me famous, so I am a great believer in reverse psychology. I always think big; I remember going to a well-known publisher when I was writing my first book in 1986 and saying, “Well James, this book will sell at least one million copies!” James burst out laughing and said, “Well, you must be Jackie Collins as only she sells millions of books!” My Liver Cleansing Diet book sold almost four million copies and is translated into 11 languages!

What’s next for Cabot Health?

Developing ways to help the average Australian improve their health and make it easier to sustain healthy habits. Making people more aware of the importance of a healthy liver and gut as these are the foundation of good health and a healthy weight. To make people aware that nutritional medicine and some types of minerals can greatly reduce the risk of cancer. To give people more practical and easy-to-understand information that can empower them to take care of their own health. This is why I have had a free health advisory service since 1980 and have written 30 books on health.

I think the best product I have ever developed is the Dr Cabot 15-Day Cleanse because it is the culmination of more than 40 years’ research into nutritional medicine. This cleanse supports gut, liver and immune health and gives the whole body a detoxification over 15 days. The cleanse also alkalinises the body, which is important to promote healthy cells.

We are getting excellent result with this new cleanse and are collecting testimonials that state it is helping with weight loss, energy, reduction of inflammation and less aches and pains. The cleanse has three powders all contained in one box and comes with a healthy eating plan and delicious recipes. It’s a simple, safe and effective way for the average person to kick-start improved health. Even though the cleanse contains many high-quality ingredients, we have tried to keep it affordable for the average person.