Help your child cope with death

At some stage during a child’s early years they may lose someone close to them: a grandparent, a family friend, a beloved pet or even a parent. The death of a loved one is a heart-wrenching experience for everyone but, for children, the emotional aftermath can be traumatic, confusing and even frightening.

Not all tragedies your child will encounter are close to home, either. On a wider scale, with multimedia at your fingertips, global tragedies of terrorism and war and violent acts of Mother Nature can invade everyone’s living rooms. Just like adults, children can be saddened and sometimes traumatised by these events.

Death is part of life — the final link in the cycle of life that entwines us with the universal life-force. No matter what your personal beliefs about what lies beyond life’s physical boundaries, death is not an abstract but an inescapable reality.

When someone they love dies, a child’s grief-filled journey can be different and more complex from that of the adults around them as they struggle to make sense of their changed world. With love, support and understanding, parents can help their child to process what has happened, to embrace and cherish the memories of those they’ve lost and to move to a place of gentle acceptance.

Naturally, parents want to shield their children from things that will cause them pain and anguish. As a result, many parents battle with how to deliver the news of a death and how much information they should give. Experts tell us the greatest gifts you can give a child suffering loss are truth, honesty and understanding.

Christopher Hall, psychologist and director of the Australian Centre for Grief and Bereavement says, to help children through grief, parents need to overcome their desire to overprotect their children. “In protecting them we tend to exclude them from conversations or rituals that help them make sense of what’s happened,” he says.

As a result, many parents withhold information or misinform their child. According to Jill Crookes, a psychologist who specialises in trauma, loss and grief, when parents tell their child someone has died, honesty is imperative. “Deliver half-truths or lie and you’re potentially damaging the trust in the relationship you share with your child,” she says. “Whether you tell them directly or not, they’ll eventually learn the facts through school, neighbours or by overhearing adults.”

Being honest and forthright with your child is also empowering. A child who knows their parents trust them enough to deal with and accept the truth about a tragic event will feel capable and competent; they’ll be more emotionally equipped to deal with the challenges that life will inevitably throw their way.

While parents shouldn’t protect their child from the reality of death, Hall says in day-to-day living they can help to prepare them. “Look for little losses in life that help to communicate the nature of change,” he suggests. For example, this could be preparing your child for kindy and explaining how they’ll no longer be spending the day with Mum.

When someone dies, the language you use when you deliver your news is important. Dianne McKissock, author of The Grief of our Children, says children need to be told in simple, direct and age-appropriate language what has happened. Don’t use euphemisms to soften facts. Use words like “dead” and “died” rather than “lost” or “passed away”. If you say things like “Your puppy has run away” or “Nanna has gone to sleep”, you might find your child develops sleeping problems because they fear the same thing will happen to them, or that they spend time waiting at the front gate for their long-lost puppy to come home.

To help your child cope, you need to help them feel like the sense of order in their world has been restored, so maintaining familiar routines and rituals is helpful. This can sometimes be challenging because, when confronted by the aftermath of death, children can show a range of mystifying and sometimes conflicting behaviours. Ms Crookes says some children withdraw, while others act out aggressively or behave with a sense of bravado. “You’ll see some kids become almost hyper-responsible adults — especially if they are an older sibling and a parent has died,” she says.

It’s also not uncommon for children to not express any emotions at all. Or they may seem upset one moment and happily engrossed in play the next. Some of their reactions might even seem inappropriate; for example, your child might giggle uncontrollably when told the news.

If your child becomes introspective and unable to communicate, or isn’t old enough to have language skills to share their feelings, Ms Crookes suggests parents look for non-verbal clues. For some children, grief can be a physical experience. Your child might have difficulty sleeping, have headaches or suffer stomach upsets and anxiety. “Paying attention to what they’re not saying can reveal what’s going on,” she says. “Look at their moods, behaviours and body language for anything that’s extreme, unusual or different.”

When someone dies, your child can feel like their world is in chaos. Adults around them are tearful, confused and sometimes angry. There are hushed, urgent whispers, the phone never stops ringing and strangers are coming and going from their home.

There’s no right or wrong way to grieve. After all, grieving is a process that unfolds in different ways and time frames. According to Donna Schuurman, executive director of the Dougy Center in America, one of the very best things parents can do for a child who is grieving is to listen.

“To listen — that is not just with our ears but with our eyes, our hearts and our souls. To not presume we have (or have to have) answers. To allow for individual differences. To not rush into judgment or pat answers,” she says.

While you help your child with their grief, don’t neglect your own. Reach out to others for support and seek professional help if you feel you need it. Taking care of yourself shows your child ways to cope with and work through grief.

When children experience the death of someone they loved, they can grieve for far longer periods than adults. This occurs for two reasons: the first is that children often put their grief on hold. Mr Hall says kids do this because they want to protect their parents. “They can see that Mum and Dad are upset enough, and when the child talks about the person who has died and becomes upset, it makes it harder for the parents.” The end result is the child initially clams up and denies their grief.

The other reason children grieve for longer is that, as they mature, their brains continually reprocess what’s happened. According to Crookes, it’s linked to different stages of development. “A five-year-old will process it as a five-year-old, but when they reach age seven they have to process it all over again as their cognitive function and levels of understanding improve.”

Young children will also ask the questions “Why me?”, “What if” and “If only”, just like adults do. They may also ask the same questions over and over again. If it’s a parent who has died, the child can become preoccupied about the health and wellbeing of the surviving parent. They might say, “Mummy what would happen to me if you died?”

When a child asks about the person who has died, parents need to be mindful there may be a few questions they might not be prepared for. “Is Nanna going to get bugs up her nose if she’s buried?” Or, “Why does Mummy feel freezing cold when I touch her face?”

One other question preschoolers are likely to ask is, “When will Pop be coming back?” Preschool-aged children find it hard to grasp the concept of permanence. Many believe death is temporary and reversible, so, just like the on-off switch on their action figure toy, the person who died can come back to life again. This notion is further reinforced by cartoon characters and superheroes that are killed off and then miraculously bounce back to life, all without a scratch. Crookes says until the child is old enough to comprehend the concept of permanency, all parents can do is to keep repeating the truth in simple language: “No, Pop won’t be coming back. He’s dead.”

Farewelling a loved one

Preparing your child for the rituals of death can help them to gain some understanding. Children should be given the choice of whether or not to go to the funeral. Hall says even young kids can benefit from attending if they’re properly prepared. “Not being given the opportunity can become deeply troubling for them; even in adulthood, the reality of the situation is replaced by a fantasy,” he says.

To demystify the process, walk your child through the events of the day — tell them there will be people there and they will cry and read poems and stories and say kind things about the person who has died. Let your child know whether the casket will be open or closed; tell them what to expect — Mummy’s eyes will be closed, her heart won’t be beating, but you can touch her. “For many kids, that realisation that the person is actually dead can be of critical importance,” he says.

Even if your child seems comfortable with the idea of going, it’s always a good idea to have a back-up plan in the form of a trusted adult who’s agreed to take the child away if they become too distraught. And if your child doesn’t want to attend, video the service so they can see it later if they choose.

Paying tribute to the person or pet that has died and doing it in a way that’s meaningful to your child can also help. They might like to create a scrapbook to remember their friend or a tiny cardboard coffin for their pet kitten, or they might celebrate their grandfather’s life with colourful drawings and a memory box. 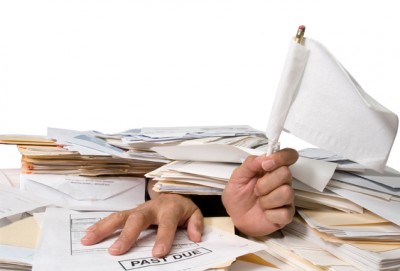 Clutter can affect your mental and emotional health

Clutter is junk we accumulate in our houses or offices and it is important to declutter and tidy up. Physically... 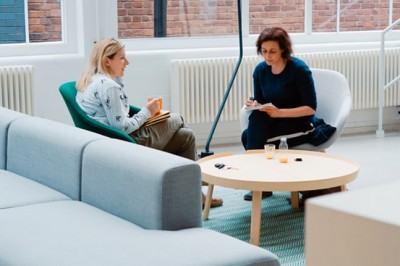 Do you medicalise your emotions? Discover how to stop fixing and start feeling

By medicalising your emotions, you reduce or minimise your true self and look to problem solve rather than to understand... 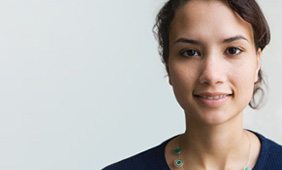