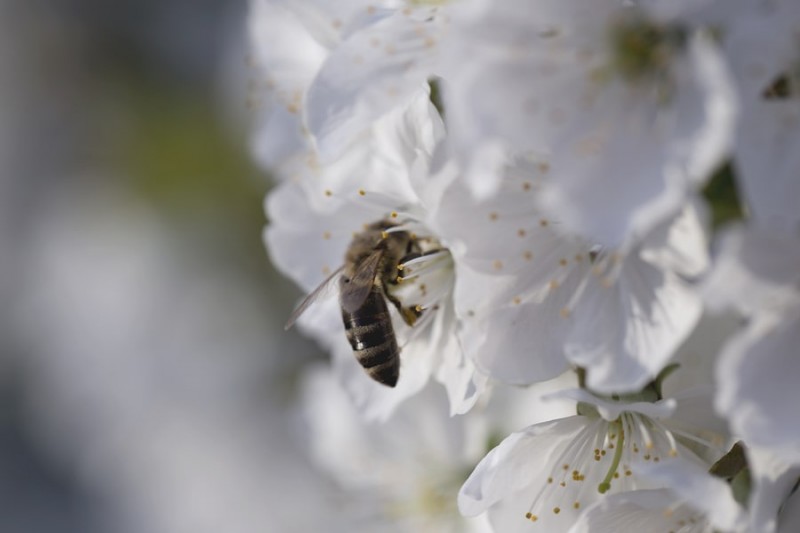 Using land for economic activities such as agriculture has an enormous impact on global diversity. Scientists believe this may reshape the relationships between organisms and the evolution of life as changed ecosystems will favour some species over others. Biodiversity is sometimes quantified purely by the number of species within a system that allow it to function to produce ecosystem services — broadly divided into four categories: provisioning, such as the production of food and water; regulating, such as the control of climate and disease; supporting, such as nutrient cycles and oxygen production; and cultural, such as spiritual and recreational benefits. New research from Cornell University shows that simple species counting is too simplistic and does not give a true measure of biodiversity.

The researchers found that the equivalent of millions of years of pollinator evolution was lost in highly altered agricultural environments, which decreased pollination services.

The researchers found orchards that had bee communities closely related to each other did worse in terms of fruit production, with reduced crop yield and quality of fruits. On the other hand, orchards with broader bee communities fared much better. Pollinator communities in highly agricultural landscapes contain 230 million fewer years of evolutionary history, thus impacting fruit production. The researchers found that the equivalent of millions of years of pollinator evolution was lost in highly altered agricultural environments, which decreased pollination services.

The study shows that habitats that surround farms affect the diversity of bee communities and, thus, an orchard’s productivity. Species of bees exhibit different behaviours in how and when they pollinate flowers, all of which affect how completely an apple flower is pollinated. Apple orchards surrounded by agricultural land that are visited by a more closely related community of bees have less chance of being fully pollinated, thus affecting fruit production. However, orchards surrounded by natural habitats draw a broader selection of bees, improving fruit production significantly.