Home of the Bengal tiger in danger due to climate change 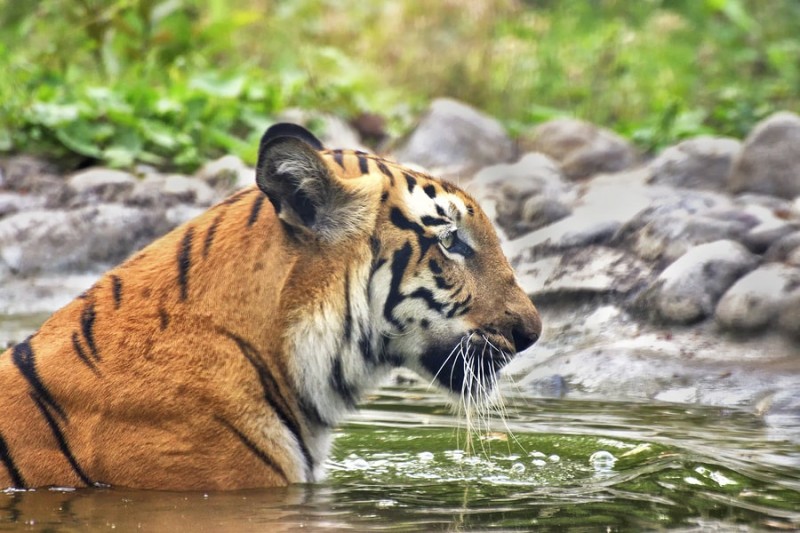 
Today fewer than 4000 Bengal tigers are alive. This is a really low number for the world’s biggest cat, which used to be far more abundant. Today, the Bengal tiger is mainly confined to small areas of India and Bangladesh — in the Sundarbans region. The Sundarbans spans over 10,000 kilometres occupying parts of India and Bangladesh and is the worlds’ largest surviving mangrove forest — and critical to the survival of Bengal tigers. Sadly, new research shows that that Sundarbans are in danger due to climate change and rising sea level impacting the survival of the Bengal tiger.

The result suggests that the dramatic decline of the Sundarbans could endanger the survival of the Bengal tiger over the next 50 years.

The researchers used two climatic scenarios developed by the Intergovernmental Panel on Climate Change (IPCC) to provide projections of suitable habitats of Bengal tigers in 2050 and 2070. They used computer simulations to assess the suitability of the low-lying Sundarbans regions for tigers and other animals of prey. The analysis accounted for extreme weather events and sea-level rises.

The result suggests that the dramatic decline of the Sundarbans could endanger the survival of the Bengal tiger over the next 50 years. The study shows that due to the combined effect of climate change and rise in sea level, there will be no suitable habitat remaining for the Bengal tiger in the Sundarbans by 2070. The researchers state that the Sundarbans are also under pressure from other factors such as industrial development, new roads and greater poaching which is doubly impacting the survival of the tigers.

However, the researchers emphasise that there is still hope to save the Sundarbans which can be conserved by increasing terrestrial protected areas coverage and reducing illegal poaching. They emphasise that regular monitoring, law enforcement and awareness building among the local residents are some of the key strategies to ensure the survival and conservation of the Bengal tiger and the Sundarbans.

Source: Science of The Total Environment