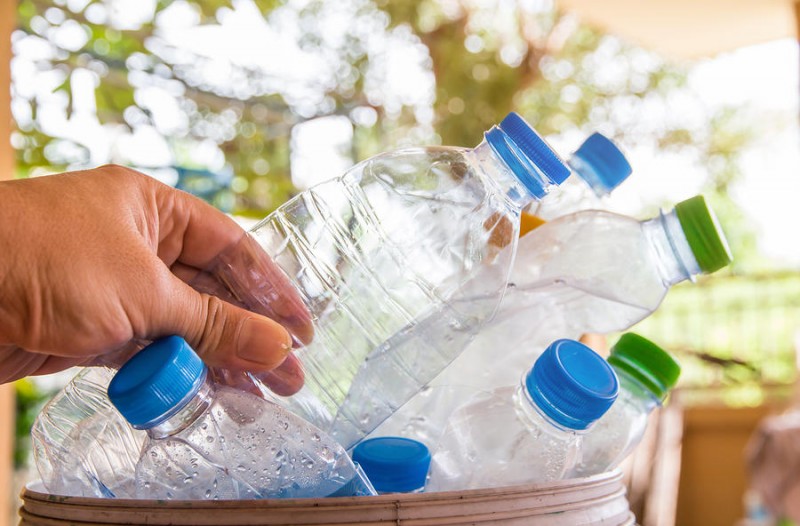 
Plastic bottle waste is one of the most common types of plastic waste in the world. Plastic waste is toxic and non-biodegradable and has a detrimental effect on the environment. It often ends up in landfills or the ocean, affecting the marine environment and causing problems such as groundwater contamination and land scarcity. The global consumption of plastic bottles is expected to exceed half a trillion tonnes per year by 2021. However, a team of researchers have a found a simple, cost-effective and green method to convert plastic bottle waste into ultralight polyethylene terephthalate (PET) aerogels that are suitable for various applications, including heat insulation and carbon dioxide absorption.

The researchers embedded a thin layer of PET aerogel into a commercial fine particle mask to create a prototype mask that can absorb both dust particles and carbon dioxide effectively.

The research team from the National University of Singapore (NUS) took two years to develop the technology to fabricate PET aerogels. The PET aerogels are very versatile and can be customised for various applications by giving them different surface treatments. For example, when incorporated with various methyl groups, the PET aerogels can absorb large amounts of oil very quickly — seven times better than existing commercial sorbents — making it highly suitable for oil spill cleaning. PET aerogels are lightweight and have superior thermal resistance, stability and heat insulation. They can withstand temperatures of up to 620 degree Celsius — seven times higher than the thermal lining used in conventional firefighter coats, but weigh only about 10 per cent of the weight of conventional thermal lining. This and the soft and flexible nature of the PET aerogels makes it possible to use this material in producing lighter, safer and cheaper firefighter coats. The researchers also embedded a thin layer of PET aerogel into a commercial fine particle mask to create a prototype mask that can absorb both dust particles and carbon dioxide effectively — showing that the absorption capacity of PET aerogels is comparable to materials used in gas masks, which are costly and bulky.

This study has made a significant contribution towards reducing the impact of plastic bottle waste on the environment and converting waste material into useful applications.

Source: Colloids and Surfaces A: Physicochemical and Engineering Aspects