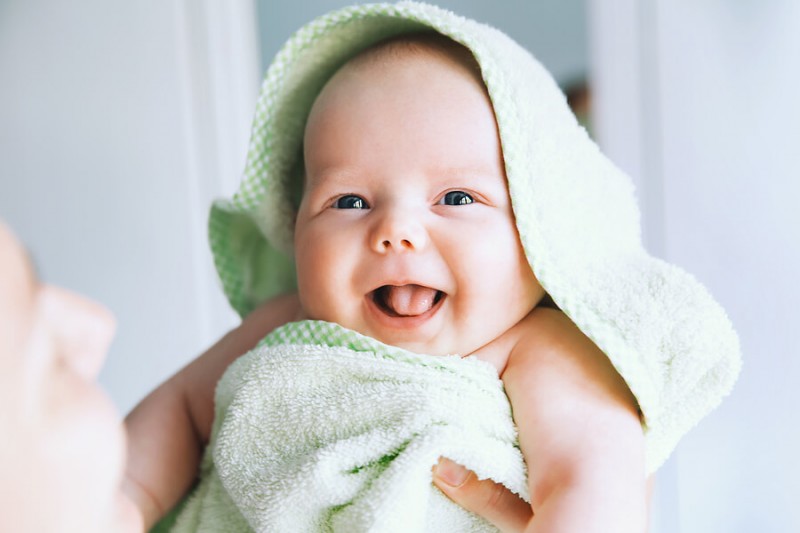 When you hear a baby laugh, it’s difficult not to delight in it and smile. However, the way babies laugh is different from adult laughter. In fact, researchers from the University of Amsterdam discovered that the manner in which babies laugh is similar to how non-human primates laugh.

The findings suggest there is a gradual transition in infants, rather than a sudden change, and this transition does not seem to be linked to any developmental milestones.

The researchers studied laughter clips from 44 infants and children between three to 18 months of age. These recordings were extracted from online videos where babies are engaged in playful interaction. The recordings were then analysed by 102 listeners who were psychology students. They evaluated the extent to which the laughs in each clip were produced when babies exhaled, versus when they inhaled.

The researchers found that the youngest babies commonly laughed on both exhalation and inhalation, similar to non-human primates like chimpanzees. However, this changed in older babies who laughed primarily on exhalation, which is also the case with older children and adults. Although adults sometimes laugh on an inhale, the proportion of this is quite different from the way infants and chimps laugh, according to the scientists. The findings suggest there is a gradual transition in infants, rather than a sudden change, and this transition does not seem to be linked to any developmental milestones. The researchers also found no reason why humans, alone among primates, laugh only on exhalation — which could be the result of voice control humans develop as they learn to speak.

Although further research is needed to check the laughter of infants against judgements by phoneticians and experts, this study could provide insight into the vocal production of children with developmental disorders. If scientists can understand how normally developing babies laugh, then they could use those findings to gauge early signs of developmental delays in no-nverbal vocalisations of emotion such as laughter.