We take an in-depth look at life with Crohn's 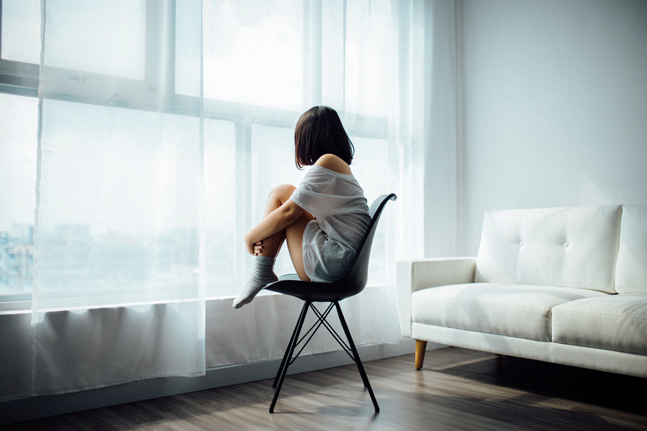 
A woman with a reasonably common, albeit severe, problem presented at the clinic. She had been diagnosed with Crohn’s disease several years earlier and had a long history of pharmaceutical medication, which had helped for a while, but, despite increasing doses, her condition was deteriorating and her doctor was now recommending a powerful drug that would significantly alter her immune system. As she had read up on the side-effects, she had become concerned and finally decided to try something different to see if she could manage the condition in some other way.

Crohn’s disease is one of a group of autoimmune inflammatory bowel diseases that can have severe symptoms (as in this woman), such as abdominal spasms and pain, severe diarrhoea and constant fatigue. It can also manifest in other parts of the body — as arthritis, mouth ulcers, painful skin lumps and liver disease.

... her symptoms have improved enough that her doctor no longer feels she needs the stronger immune-altering drugs.

There are various possible causes, including a genetic disposition, infective triggers, dietary factors — particularly a diet high in animal meats, refined carbohydrates and sugar, and low in fibre, vegetables and fruit — and/or as the result of food intolerances. It’s a condition largely unknown in people still eating traditional diets.

Research studies have linked Crohn’s disease to intolerances to wheat and dairy mainly, but also yeast, corn, potatoes, tomatoes, alcohol, eggs and bananas — and even tap water and commercial toothpaste. Sulphur intolerance can also be an issue. Various chemicals in processed foods have been implicated, especially emulsifiers. Changing to organic foods is important as these have better nutrients and fewer chemicals.

In this case the client knew she had a dairy intolerance and was drinking lactose-free milk but had been given little further dietary advice. We discussed avoiding the potential food triggers, along with the FODMAP diet (fermentable oligo, di, mono saccharides and polyols, which can trigger irritable bowel) and tried this for two weeks (accompanied by a bifidobacteria supplement) and her symptoms improved.

To address this, the minerals needed were zinc, magnesium, iron, calcium, potassium and sodium chloride as Celtic sea salt for electrolytes, while the vitamins required were the water-soluble nutrients — folic acid, B12 and C. The critical fat-soluble vitamins A, D, E and K were recommended in liposomal forms to aid digestion. These helped redress the deficiencies. Vitamin D deficiency, for example, has shown a direct relationship with the severity of Crohn’s disease.

Quercetin was also recommended as an important anti-inflammatory nutrient. A sustainably sourced krill oil (taken with lecithin for digestion) was recommended for the anti-inflammatory omega-3 fatty acids. Pure emu oil applied topically (used daily as a moisturiser) was suggested, as by absorption through the skin it bypasses the digestive system and provides another source of essential fatty acids.

While all these nutrients were needed, research has focused on vitamin D and turmeric, and when supplemented along with pharmaceutical medications, these have shown improved outcomes. Probiotics, too, have been found to help many patients with inflammatory bowel diseases, so it was suggested that she eat 200mL daily of a coconut kefir (no dairy). This provided a food source of the critical live probiotics.

She was also recommended a prebiotic practitioner product with a mix of slippery elm, aloe vera, mastic gum, L-glutamine and turmeric. This worked particularly well for her when she was taking it daily, mixing it with the coconut kefir. A heaped teaspoon of bentonite clay was added to this mix for its ability to remove metabolic waste. These reduced the inflammation, helped repair the lining of the gut and, as they are largely soluble fibre, absorbed fluid and reduced the diarrhoea. The client could take them (albeit in lower doses) when she had an attack as they didn’t irritate the digestive tract like insoluble fibre can.

An anti-inflammatory, antimicrobial and immune-regulating herb mix was recommended (in a non-alcohol base) with Chinese wormwood, andrographis, pau d’arco (also antifungal). Licorice, golden seal and meadowsweet were added for their anti-inflammatory properties and for membrane repair.

Along with these recommendations, she was also advised to take a tablet of turmeric and boswellia. I would have added the boswellia to the herb mix, but it tastes so bitter that compliance is a real problem and I have therefore had better results with the tablets. Boswellia is a major anti-inflammatory herb that has been shown to be more effective than the common drug sulfasalazine in inducing and maintaining remissions — without the side-effects.

It was also suggested she drink an organic (medicinal strength) chamomile tea, as this helped reduce the spasms in the gut (along with her anxiety).

Following this program has been quite a challenge (particularly the dietary component), but it has significantly improved the client’s symptoms and she is experiencing less frequent and less severe attacks. While she is still taking some medication, her symptoms have improved enough that her doctor (who has been monitoring her progress regularly) is happy with the outcomes and no longer feels she needs the stronger immune-altering drugs, making her much happier as well.

However, as with many of these major chronic conditions, this will probably be a lifelong management process. On the positive side, it gets easier as time passes. She was already gaining more control over the disease and the improvement in her quality of life was very motivating.