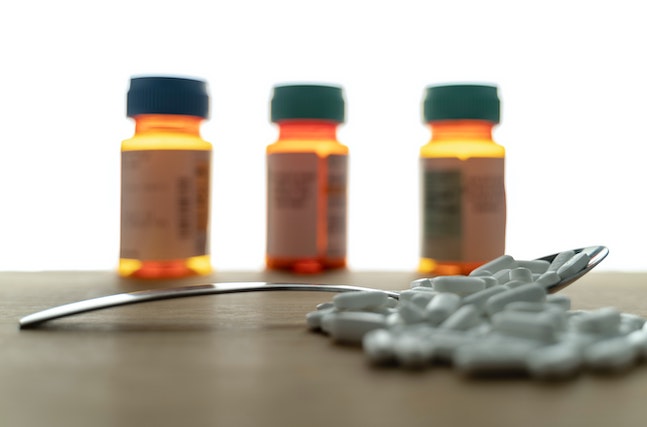 
What does a person do when they seem to react to everything — and it doesn’t matter what they do, it doesn’t seem to help? Think high histamine levels. This was the story for a 35-year-old woman who didn’t know where to turn. She had seen many practitioners, both medical and complementary, with little relief.

She presented with multiple and complex symptoms. Despite many years of detoxing and following strict diets, there had been times of some improvement, but this never lasted. Significant digestive symptoms included wind, bloating (she had been diagnosed with IBS but the diet made little difference) and constipation. She had episodes of palpitations and shortness of breath, recurrent cystitis, very itchy skin, cold sores and hives, and was prone to regular debilitating frontal headaches. While she didn’t get many colds or the flu — only about once a year and easily managed — she was prone to recurring sinusitis and hay fever. She could remember having these symptoms for many years.

On questioning, the symptoms seem to have started years ago after a severe bout of food poisoning, giardia and hepatitis when she was travelling that lasted several weeks. These had been treated medically and the symptoms improved, but she had never felt really well since.

Her diet seemed excellent by naturopathic standards: organic, lots of vegetables, good vegetable proteins supplemented with some fish and eggs. Alcohol made her very ill, so she drank a couple of litres of filtered alkaline water with lemon every day as well as chai tea with almond milk, but was still constantly uncomfortably thirsty. She slept well but was chronically low in energy and prone to bouts of severe anxiety.

This symptom picture strongly suggests allergic reactions of multiple types. As she had been investigated and treated for allergies many times with little success, the diagnosis that came to mind was that of abnormalities with histamine metabolism.

Histamine is a chemical messenger (a neurotransmitter) involved in multiple bodily systems: the immune system, the digestive system (as a component of stomach acid) and the nervous system. It mainly affects the gut, the lungs, skin, brain and cardiovascular system. Its role in the body is to trigger an immediate inflammatory response to a perceived challenge. It is a critical part of the body’s natural immunity, and when it has finished its job, various enzymes come into play that break it down.

Histamine intolerance occurs when there is a build-up of histamine. This occurs for various reasons: low levels of the primary enzyme that breaks down ingested histamine in foods (diamine oxidase or DAO), and/or an increase in the histamine released by the person’s digestive system.

A decrease in the enzyme that breaks down histamine in the cells — histamine-N-methyltransferase (HNMT) — is also part of the picture. HNMT breaks down ingested histamine and prevents it being absorbed in the gut.

Histamine toxicity is a form of food poisoning. Foods (obviously) play a large role. Certain foods contain high levels of a chemical called histidine which is converted to histamine by gut bacteria. An allergic reaction to fish and seafood is a common symptom of this, and some fish are more likely to cause histamine toxicity (called “scombroid poisoning”), including tuna, mackerel, anchovy, herring and bluefish. Histamine intolerance is not specifically a sensitivity to histamine, but more an indication that the person has excess histamine.

There are many common pharmaceuticals that interfere with both DAO and HNMT, among them asthma and heart medications, antibiotics, antidepressants, diuretics, medications for pain (aspirin, Voltaren), gut medications, anti-nausea drugs and antimalarials.

To manage this condition there were several approaches that needed to be taken, including minimising histamine-rich foods, reducing histamine overproduction, regulating the gut microbiome to reduce abnormal bacterial overgrowth, and supplementing the nutrients that assist in the breakdown of histamine. Stabilising the walls of the mast cells that release histamine can also reduce reactivity.

A low-histamine diet should be followed for at least 30 days. Low-histamine foods include skinned fresh chicken (cooked), egg yolk, freshly cooked meat and fish, most fresh vegetables except the nightshade family, most berries except strawberries and cherries, coconut and rice milk, fresh milk (as kefir for probiotics) and butter, leafy greens (except spinach), organic wholegrain flour and olive oil.

Medically antihistamines are often prescribed for some relief, but a supplemental program that was helpful here included vitamins B1, B6, B12 and C, which help DAO break down histamine, and minerals manganese, magnesium (which raises the allergic response threshold), zinc (for its antiallergic properties) and calcium. Quercetin was also added to reduce the histamine released by the mast cells.

Overall this helped, although it took many months. The patient found it difficult with the restricted foods, but the gradually increasing relief was encouraging.