The case of angina and struggling kidneys

kidney health back to basics angina

Max was in his mid-70s, a spare, tall, slightly stooped man with a face covered in lipofuscin deposits. “I’ve been in hospital twice over the last six years,” he told me. “My circulation is dreadful. I’ve had varicose veins since I was in my 20s, just like my mother. The slightest draught knocks me around.”

“He won’t dress warmly,” his wife chipped in. “I tell him to put a jumper or jacket on and he insists he’s fine. Then he catches pneumonia, ends up in hospital and his heart struggles to cope.” She glared at her husband and he shifted uncomfortably.

“I’ve done a lot of reading,” she continued. “He’s been taking garlic, lecithin and vitamins, he’s on a good diet and I see that he exercises sensibly. What’s worrying us is his angina attacks. He takes tablets from the doctor, but I’m wondering if there’s anything more we can do to make sure he doesn’t have a heart attack.”

Max was eating organic chicken and fish but had avoided red meat since his first trip to hospital. Sugar was banned, as were refined carbohydrates. He wasn’t keen on salads but vegetables went down well.

Recent blood tests showed elevated cholesterol, no indications of diabetes, normal liver function and reasonable blood pressure. “We can’t really understand why Max has angina when he doesn’t seem to have all that many of the risk factors normally associated with heart problems,” said his wife. “He gave up smoking 30 years ago and he’s certainly not overweight.”

Further questioning uncovered a few more facts: Max had always been prone to cold sores and he’d experienced one painful attack of shingles. He also had a tendency to bouts of conjunctivitis and a history of unreliable bowel habits. It seemed to me he was a little on the thin side and he considered his appetite to be rather poor at times. I noticed that his concentration lacked sharpness and he admitted taking regular naps after meals or exercise, as stamina was not a strong point.

Max’s results set a thought pattern in motion, so I questioned him more closely about his diet. No, he didn’t eat cheese or yoghurt, hated lentils and preferred avocado on toast for breakfast rather than porridge. Beef had been off the menu for years, onions repeated on him and he hadn’t touched liver since his army days. Fresh sardines were too bony and small for his liking and tinned sardines gave him fishy breath.

On a hunch, I asked Max whether he ever suffered cramps in his legs. “He can’t walk far,” his wife offered. “The backs of his legs become very painful and he has to sit down and rest. We assumed it was his varicose veins.”

I suspected claudication (peripheral artery disease) as well as a number of amino acid deficiencies, but two things were of particular concern: Max’s declining kidney function and his obvious inability to metabolise fats efficiently.

One can think of kidneys as an intricate waste disposal system, some compounds being recycled while others are excreted. Unfortunately, it’s not uncommon for an individual to have lost up to 90 per cent of kidney function before trouble starts to become obvious. In fact, the reserve capacity of these organs is so generous that one can live an almost normal life with as little as 20 per cent of kidney activity.

One important function of our kidneys is to conserve carnitine, a compound derived from protein precursors. Carnitine is found in virtually every cell of our bodies and plays a critical role in energy production, fatty acid oxidation and the transport of toxic waste out of mitochondria (our cellular “powerhouses”). My observation has been that carnitine can also play a pivotal role in the prevention of cardiac insufficiency and helps improve the delivery of oxygen to legs and feet (peripheral circulation).

Most people have no need to take carnitine as a supplement. However, Max had indications of a number of essential amino acid deficiencies, and two of these are involved in the synthesis of carnitine in the liver and kidneys.

L-carnitine improves the use of fatty acids as cellular “fuel”, especially in heart and liver cells. Its Beauty is that, being completely natural to our bodies, research has shown the supplement to be a safe nutritional support. Max was warned to avoid the DL-form of carnitine as the D-fraction has shown evidence of being a problem for people with poor kidney function.

Max’s tissues also revealed a broad spectrum of toxic elements, which he had absorbed, inhaled or ingested over his lifetime. These had almost certainly contributed to his renal decline and included arsenic, lead, mercury, cadmium, aluminium and nickel.

The aim in this instance was to help Max’s kidneys unload as much of their toxic burden as possible without causing further stress to their tender regulating mechanisms. A food-based regime together with a comprehensive phytonutrient formula is always my first choice in these delicate situations.

Fortunately, Max loved avocados, eggs and asparagus and these became “regular” in his meal plans. He also developed a taste for fresh, raw shiitake mushrooms with his eggs. His phytonutrient compound was composed of a range of specific detoxification aids, including a broad range of proanthocyanidins and anthocyanidins. The former are found in the fruits, leaves and seeds of many plants. Anthocyanidins protect against a number of oxidants via a variety of mechanisms and are found in red cabbage, berries, eggplant, plums, cherries, pears and peaches.

By the end of nine months, Max reported that his need for a nitroglycerine boost had almost halved. Although this may sound like very slow progress, nevertheless it’s heading in the right direction rather than downhill.

Max’s green detox tonic worked much more quickly. Within three months, his eGFR level had improved from 59 to 72. This meant his kidneys’ ability to filter his blood, and thereby regulate his water-electrolyte balance and, maintain acid-base homeostasis, had greatly improved. After two years, Max’s exercise tolerance was among the best in his exercise class. He rarely used medication any more and his latest eGFR reading was 90. 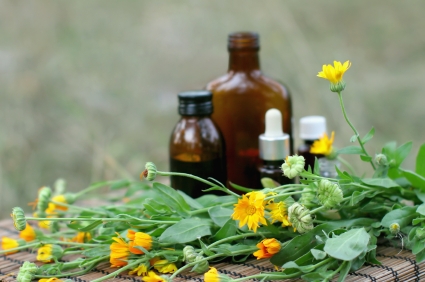 How to care for your kidneys

Discover how Eastern medicine will keep your kidneys healthy and fight the symptoms of ageing.