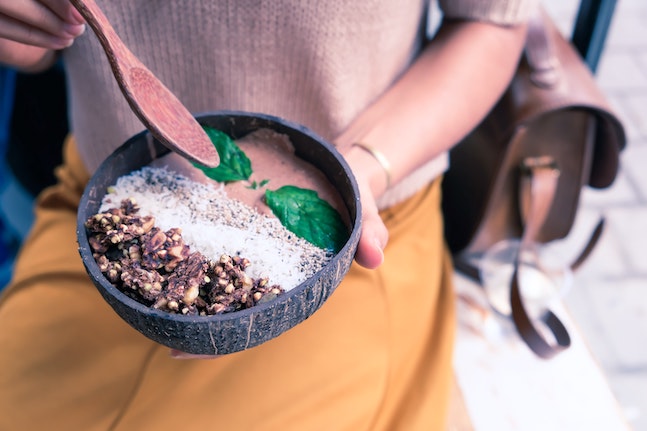 The beans of the cacao tree have given us chocolate but in their raw form are powerfully healing, we take a look at 5 healing benefits of cacao.

Theobroma cacao or the cacao (cocoa) tree is native to the deep tropical regions of South America from Mexico to the Amazon. (The terms “cacao” and “cocoa” are interchangeable, but for the sake of consistency “cacao” has been used throughout this article.) The trees grow as an understorey in humid forest ecosystems, and the evidence suggests that the wild trees survived the last ice age 21,000 years ago.

The cacao bean is the dried and fully fermented seed of Theobroma cacao from which cacao solids and cocoa butter are extracted. These beans are the basis of the myriad forms of chocolate.

Evidence suggests that the cacao bean was cultivated at least 3600 years ago, possibly originally for the pulp that surrounds the beans, which was fermented into an alcoholic beverage as well as eaten as a snack. Cacao was domesticated by the Mayo-Chinchipe people around 3000 BCE.

There is a synergistic effect when you mix curcumin, cacao, black pepper and cinnamon …

Ceramic vessels with cacao residues have been found back to 1900 BCE in Mexico, and several mixtures are described in ancient texts for ceremonial, medicinal and culinary uses. These mixtures often contained maize, chilli, vanilla and honey with the cacao. It was also ground and mixed with tobacco for smoking by the Aztecs.

The botanical name Theobroma comes from the Greek and literally means “food of the gods”. Cacao beans were both a ritual beverage and a major currency system in pre-Columbian Meso-America, the Aztec empire receiving a yearly tribute of 980 loads, each of 8000 beans. Eighty to 100 beans could buy a new cloak. The Mayan word is “kakaw” (cacao), and it was said to have been given to the Maya by the Plumed Serpent.

The Spanish were the first Europeans to be introduced to chocolate by Moctezuma in 1519. Cortés was intrigued, but it was eventually brought back to Spain by Dominican friars in 1544. A huge demand followed, and within a century cacao had spread the length and breadth of Europe.

Today there are more than 10 million hectares under cultivation, with three main cultivars — the most prized is the Criollo, comprising 10 per cent of world’s production and the original cocoa bean used by the Maya. This is the least bitter and most fragrant of all the varieties. Eighty per cent of chocolate today comes from the Forastero variety, hardier and more disease-resistant and therefore cheaper than Criollo trees. The other variety is Trinitario.

As chronic inflammation is a major contributing factor in atherosclerosis, cardiovascular disease and cancer, cacao (with high dietary flavonoids) was tested and found to regulate the cellular pathways of inflammation, metabolism and proliferation, effectively modifying the inflammatory process in these conditions.

Research shows that the flavonoids in cacao products accumulate in the brain regions involving memory and learning, particularly the hippocampus. There are two major areas of action — directly supporting neuroprotective and neuromodulatory proteins — promoting neurogenesis, improved function and brain connectivity, and improving blood flow to the brain. These functions indicate protective effects on neurocognition and behaviour, reducing age- and disease-related cognitive decline. The research has been mainly in animal models, but also in some human observational and intervention studies.

The alkaloid theobromine is a neurotransmitter that enhances arousal, mood and concentration and potentiates the reward chemical dopamine.

Natural cacao has also shown some promise as a diet-mediated anti-malarial prophylaxis.

There is a synergistic effect when you mix curcumin, cacao, black pepper and cinnamon, so make your own chocolate with these ingredients, using coconut oil for maximum benefits. 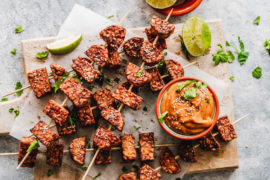