Kefir: the champagne of milks 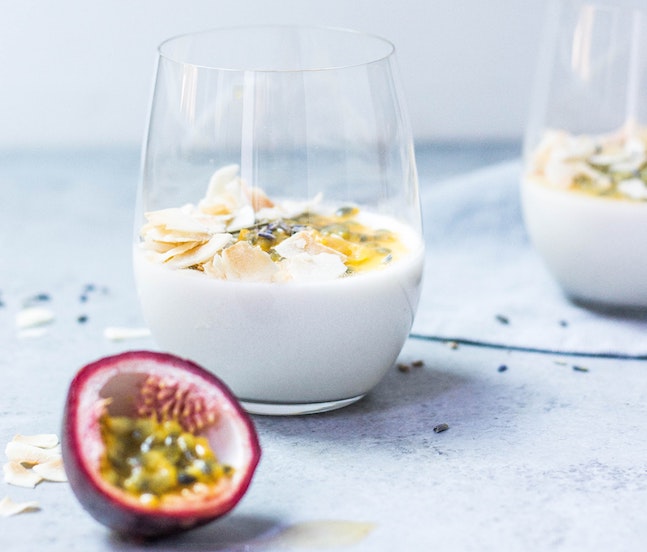 
Mingled among the clumpy kefir grains sits a plethora of beneficial bacteria and yeasts. We take a look at the magic of kefir.

Kefir is an under-recognised and underrated fermented drink. It is a made from small, gelatinous globs called grains. They look a bit like tiny, slimy cauliflower florets, clumped together waiting for a cheese sauce. Sounds appetising, doesn’t it? But, like everything, it’s what’s inside that counts.

Mingled among the clumpy grains is a plethora of beneficial bacteria and yeasts. Kefir involves a community of about 30 different types of microbes that live together in a symbiotic relationship, growing in number with each batch made. The lactobacillus species are the most prevalent bacteria present in kefir, accompanied by beneficial streptococcus strains, a number of beneficial yeasts, and also acetobacter species. Other products formed during the fermentation process include lactic acid, acetic acid and pyruvic acid, as well as a number of other acids.

Magically, the kefir culture changes liquids such as milk and water into powerful health-giving beverages. Once the grains are added to the milk, the hungry beasts begin to consume the lactose sugar in the milk. They will continue to feed from the lactose until it is gone. This feeding process produces by-products such as lactic acid. The end result leaves you with something similar to a drinking yogurt, but a little tarter and with much more bacteria and goodness.

When you consume kefir, it coats the digestive tract in a thin layer of mucus. Normally mucus is not considered a beneficial part of digestion, but in this case the mucus lays down a bed for the friendly bacteria to settle and colonise. This gives any other fermented food or probiotics more of an opportunity to establish themselves in your digestive tract, too. One strain of kefir bacteria, Lactobacillus plantarum, has the ability to adhere to the gut wall and protect against pathogenic bacteria.

But the benefits of kefir don’t stop there. It contains calcium, potassium, phosphorus, magnesium, zinc, manganese and molybdenum. The fermentation process of kefir leaves us with B vitamins such as B12, folate, biotin, and B6. Because kefir is so rich in vitamins and minerals, it assists digestion by providing the essential nutrients needed for the production of digestive juices. Such nutrients are also invaluable in hundreds of other reactions and processes in the body.

For bacteria to do their job, they need to be able to make it through the assault of stomach acid, bile salts and enzymes thrown at them on their journey through the digestive tract. Some are stronger than others in this capacity. Kefir has a wonderful quality of buffering the bacteria against these elements, showing an extra protective effect on lactic acid bacteria, allowing them to tolerate higher levels of acidity and also encouraging better adhesion to the gut lining. In this way, kefir functions like a suit of armour, a Velcro suit of armour, both protecting and adhering at the same time.

Another fantastic health benefit of kefir is its antibacterial effect from the organic acids produced in the fermentation process which may help to prevent gastrointestinal disorders and vaginal infections.

How to make kefir

Traditionally, kefir is made using the kefir grains to culture a beverage, but there are also starter cultures available for making kefir. The starter culture is a powder made in a laboratory, and it has many fewer strains of bacteria (about eight) than traditional kefir. Another downside of the powdered starter culture is that there are few, if any, yeasts, and since we don’t know the full spectrum of bacteria living in the kefir community, there is in fact no way to make a true powdered form of it. However, this starter culture does make it easy for those who just want to make the odd batch now and then, and it can also culture non-dairy varieties of milk more easily.

It may be useful to note that the kefir “grains” do not contain any actual grain, so they are gluten-free. Kefir can be used to culture a number of different liquids, but it is traditionally used with cow’s milk.

Kate, no pressure to make this a breakout box if it doesn’t work with design.

This recipe is wonderfully simple. Get this down pat and you are good to go and experiment as you please. Drink on its own or add to smoothies, dressings and desserts.

Equipment you will need

Clean glass jar (no lid required), plus a jar with lid for storage

Small piece of cheesecloth or a paper towel or coffee filter

Tip: The time it takes for the kefir to form is dependent on the temperature in your home and also the level of sourness that you desire — it may take up to 48 hours. Taste it periodically to get a feel for what it tastes like at different stages of fermentation and stop when you reach a point you are happy with. The longer you leave it, the sourer it will become. 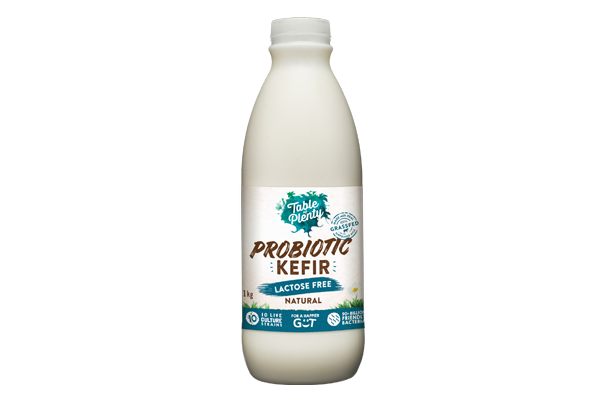 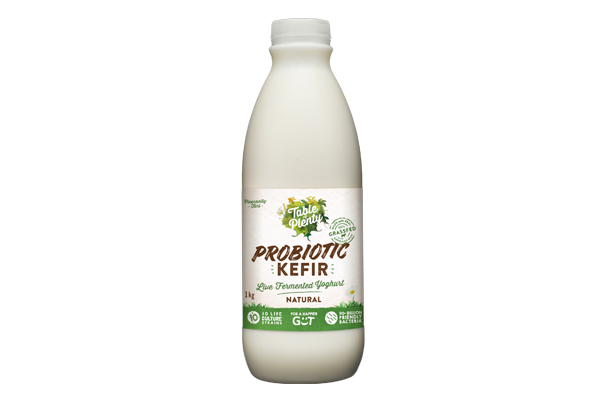