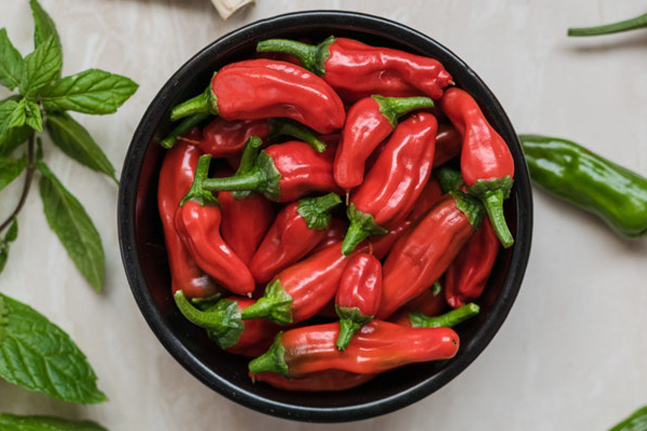 Some like it hot, and some not so much. Eating spicy hot food has been a matter of taste – and tolerance for spice. But spice and chillies have been used since ancient times to colour, preserve and flavour foods, along with its consumption for medicinal purposes.

Till now there has been no large population-based study to support the medicinal benefits of spices – except for one from China, which examines the association between chili consumption and mortality.

But now a new study from the Larner College of Medicine at The University of Vermont found that hot red chilli consumption is associated with 13 per cent reduction in mortality caused mainly due to heart disease or stroke.

The mortality rate for people who ate chilli peppers was 21.6 per cent compared to the 33.6 per cent rate of mortality amongst those who didn’t. This difference is mainly due to the decrease in deaths from heart disease and stroke in the group that consumed chilli peppers.

Data was collected from the National Health and Nutritional Examination Survey (NHANES) III and 16,179 participants were analysed. The baseline characteristics of the participants according to red hot chilli pepper consumptions found that those who did consume chilies were more likely to be younger, male, white, Mexican-American, married, and likely to smoke cigarettes, drink alcohol, and consume more vegetables and meats. They had lower HDL-cholesterol, lower income, and less education than those that did not consume hot red chilli peppers.

They examined the data during a median follow-up of 18.9 years and observed the number of deaths and the specific causes for those deaths.

Researchers found that after adjusting for potential confounders, that adults who consumed red hot chilli peppers had a 13 percent lower risk of death compared to those who did not consume hot peppers.

Transient Receptor Potential (TRP) channels – the primary receptors for pungent agents such as Capsaicin (the main component in a chilli pepper) may be partly responsible for relationship between consumption of peppers and lower risk of death.

Capsaicin seems to activate TRP which is responsible for cellular mechanisms against obesity and modulation of coronary blood flow leading to decreased risk of cardiovascular, metabolic and lung diseases. Capsaicin also affects gut microbiota through its antimicrobial properties.

Hot red chilli peppers also contain other nutrients, including B-vitamins, vitamin C and pro-A vitamin, which may be partly responsible for the protective effect.
The results of this study verify the main results of the previous study. The data was drawn from a different population but the results support the generalization that red hot chilli peppers have a protective effect.

Researchers say that due to the observational nature of both the studies, the casual effect between mortality and hot chili consumption cannot be confirmed. But the study definitely points in that direction warranting the need for further studies to investigate the benefits of spices and chilli peppers which could lead to insight on dietary recommendations and development of new therapies.

Given the information this study gives us, you might want to add chillies to your diet just to spice up your life.