Two years after being fired from her own label, Kit Willow started again from the ground up. Second time around, though, she is reshaping a broken industry and forging a fresh outlook in which makers, market and Mother Earth all benefit.

In the world of fashion, it’s rare that everyone wins. The thirst for fast fashion often means that while the consumer may think they’ve “grabbed a bargain”, further down the line those cheap garments have cost a lot to both maker and Mother Earth.

But according to one of Australia’s bravest sustainable fashion designers, Kit Willow, we are finally starting to turn a corner in the fashion industry’s war on the planet. Alongside a new wave of brands, Willow is reshaping the industry with ethical models and clever sustainable fabrics, heralding a new era of shopping in which everyone benefits.

Willow is something of a warrior in the Australian fashion industry. Like the clothes she designs, her story is one of resilience, power and reinvention.
At just 23 years old, Willow began her eponymous clothing line with a small collection of lingerie. The brand quickly gained a cult following and expanded into ready-to-wear. By 2011, eight years after the brand’s launch, Willow sold a controlling stake in the company to Apparel Group + Co and stayed on as creative director. At the time, she believed this was the investment and direction the company needed in order to grow, but it soon became clear her new business partners were not aligned with her vision for the brand, and by 2013 Willow was terminated from her employment by the company she founded.

In an interview at the time, she said: “My heart has broken; I feel that my dream and my achievements over the last 10 years have been taken away from me. It is devastating, not just for me but for each and every good person who has worked tirelessly to grow Willow.”

Eight years on, she sees the bitter split differently; it was the forging in fire that allowed Willow to rise into her new brand KitX, a luxury fashion brand created with ethically sourced, sustainable materials.

“I started Willow when I was 23. I was young and I would get really stressed. The business took over my life — if something went wrong, I couldn’t sleep. It would be like the whole world was ending,” says Willow. “It was heartbreaking at the time, and if I didn’t go on to create KitX, I could have ended up bitter. But out of that truly terrible decision-making on their part, I am certainly better off.

“What I’ve learned now is that when it comes to business, nothing is all-encompassing because there are solutions,” continues Willow. “[The split] taught me that there’s always a solution. You can shift things and change it up and start something else. Nothing envelopes me with stress like it used to.” Including, it seems, taking on the insurmountable task of convincing consumers to shop differently.

According to Clean Up Australia, Australians dump 15 tonnes of clothing and fabric waste every 10 minutes. That adds up to 800,000 tonnes, or 31 kilograms per person, every year. And it’s only increasing. Greenpeace reports that the average person buys 60 per cent more clothing and keeps items for about half as long as 15 years ago. When it comes to changing our shopping habits, we’re clearly not getting the message.

Willow doesn’t deny this. Despite shifts in consumerism when it comes to organic food and household products, fashion is a trickier game. As Willow explains, just because you buy pesticide-free apples from the local grocery store does not mean you’re seeking sustainable fashion. In fact, recent research has found that while around 87 per cent of people want to change their fashion consumption, only 46 per cent will actively look for sustainable clothing alternatives.

“It’s why I’ve always said that it’s the responsibility of the designer and the creator to provide mouth-watering solutions to people’s fashion needs that fit beautifully, are priced right, and then they’ll sell. It’s not, ‘Oh, it’s sustainable, so you should buy it.’ It’s got to stand out from a design and functionality perspective as well.”

Earlier this year, Willow was approached by Melbourne private school Firbank Grammar to create the first fully sustainable school uniform in the country. “It’s been delayed and delayed because of COVID, but I hope it is only the beginning,” she says. “Every public school in Australia needs to have sustainably sourced materials. And it’s quite easy. It’s not difficult to do! The hard part is convincing people.

“In the meetings for the uniform, there was a concern that the material would take longer to dry, and can’t be put in a dryer. And I said: ‘Well, it’s just going to have to take longer to dry. I’m sorry it’s not taking an hour, it’s taking four hours to dry.’ We have to adapt.”

It’s not the only way Willow is challenging the status quo. Another one of her game-changing projects is a clothing returns program called KitXchange, which sees customers return their preloved KitX pieces, which are repaired, altered and cleaned for resale. Garments are styled and sold, with 50 per cent of the sale refunded as a KitX voucher to the original owner.

The only problem with this idea — no one wants to part with their KitX piece. It’s no wonder. So much care goes into each KitX piece, they are made with love and to last. “We put the planet before profit,” says Willow. “Our care labels are organic cotton, which is 10 times the price of a polyester care label, the zippers we use are upcycled, the buttons we use are all compostable. Every single material and decision we make costs more than the traditional, polluting option.

“Even our buttons are made from corozo nut, which is what we used to make buttons out of pre-1930s and before the plastic button came in,” she continues. “Corozo nut is compostable and regenerative because they don’t cut trees down. The tree just drops nuts and you just keep using them. And they’re strong and last forever, but will compost back into earth if ever disposed.”

It’s clear to see how Willow’s experience with her first brand continues to influence her decisions today. Undoubtedly, there’s the drive to make a positive impact, but there’s also a frustration at a biased and broken system. There’s an activist within the fashion designer, one who knows her voice can tell a new story.

“When everything happened with [Apparel Group + Co], I said to myself: ‘This is a lose–lose situation. What you’ve just done is lose–lose, and everyone is going to lose,’” says Willow. “So one of the driving forces behind KitX was that it needed to be win–win for everyone. I want to prove that we can have a business model in which everyone wins, and be inspiring for other businesses, and other businesswomen and investors as well.”

The model in which only the shareholders win, argues Willow, is why we have such a wasteful industry in the first place. “This is why we’re in this climate, with these resources, with this state of Mother Earth right now,” she says. “We haven’t allowed the thriving ecosystem to work together. We have decimated so much; we take and take and take. And the truth is, we won’t survive as a species going forward if this is how we continue to operate.”

But simply knowing the industry is broken isn’t enough to change the habits of consumers. So what else can be done? “The government is the biggest roadblock to accelerating change to where we need to be. That is the biggest frustration, because there are so many solutions that could be put into play and they’re not,” says Willow.

“You only have to look at what some of these fabrics cost the planet. Virgin nylon and polyester is 300 times more toxic than carbon dioxide. When it’s created, it releases nitrous oxide into the atmosphere. It’s a huge acceleration of climate change. And in the end, I think it comes down to a carbon tax.” She continues: “Anything that is a virgin nylon and polyester in fashion should have a tax on it that is higher because it’s costly to the environment, and to the economy in the future. And anything that isn’t harmful to the planet could potentially be subsidised by some of that. We need to tax pollutants so it is truly representative of the overall cost — not just the immediate cost.”

Sustainability has become something of a blood sport as brands fight for eco-bragging rights and fill inboxes with “green” clothing campaigns. But unlike the greenwashing campaigns designed simply to increase the bottom line, Willow is building a brand that helps everyone it touches.

“What happened to me [with Apparel Group + Co] is a micro example of how the model doesn’t work,” she continues. “It’s the same for fast fashion; very few people are benefiting. The makers are losing, the landfill is losing and the planet is losing. It’s an enormous cost on so many levels. But does the customer pay for it? Not when they purchase the garment, no. But eventually, they will, they will pay.” 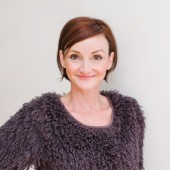 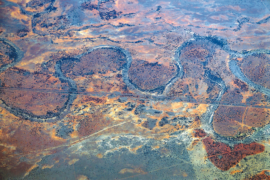 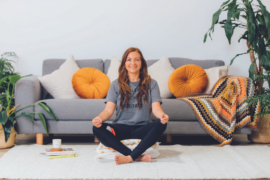 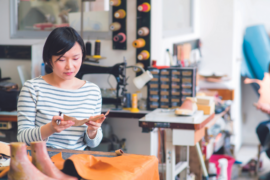 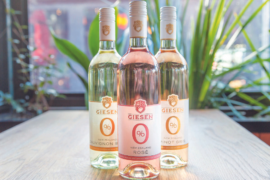