Can charisma be taught? 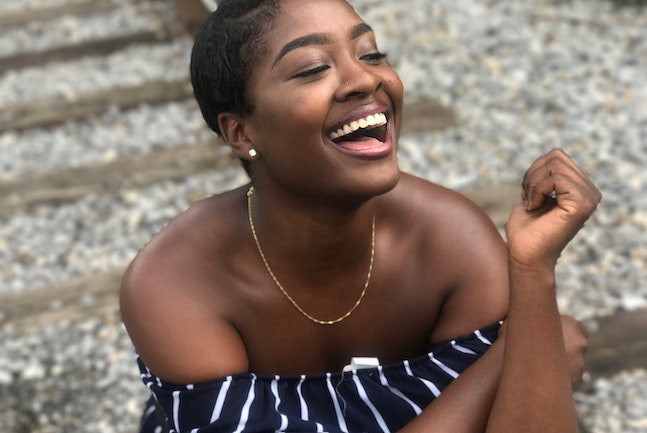 
Instantly apparent but almost impossible to quantify, is charisma an innate quality or can you learn how to be magnetic?

Ask people to name someone they think is charismatic and the answers will almost always include the likes of Obama, Brené Brown, Oprah Winfrey, George Clooney and Princess Diana. But ask the same people to tell you what makes these smooth operators so charming, and you’ll likely be met with blank faces. Singling out the charismatic among us seems somewhat intuitive, but quantifying what makes these people so magnetic is a whole other exercise.

Unlike power, wealth or status, charisma is something altogether more amorphous: a vibe-like quality that draws admiration and trust from others. According to the Oxford English Dictionary it is “compelling attractiveness or charm that can inspire devotion in others.”

Charisma is a vibe-like quality that draws admiration and trust from others.

Psychologists and research scientists have been studying this elusive “it” factor for decades. What is it that makes people so alluring and can it be taught? The answer, in short, is yes, charisma is a learned behaviour similar to learning how to drive or speak a new language.

Charisma comes from the Greek word “gift,” befitting the idea of an intangible, magical aura, but the idea that “you either got it, or you don’t” has long been debunked. When researchers at the University of Lausanne trained middle managers and MBA students for 30 to 90 hours in 12 “charismatic leadership tactics”, such as using metaphors and gestures, they found that charisma significantly improved.

The idea that we can become more charismatic is hardly new; Dale Carnegie’s 1936 self-help book, How to Win Friends and Influence People, has sold more than 15 million copies worldwide. But in the increasingly competitive career market, charisma has become as much in demand as experience or management skills. Why is it so sought after now? Emma Dunwoody, a behavioural coach and human design expert who specialises in mentoring cooperate leaders, says it’s because “we are done with being told lies by our leaders, politicians and corporations.”

“Consumers can smell a rat now, so leaders want to train in building trust and operating from authenticity, which is essentially what charisma is,” she says. A charismatic leader is someone who can unite people, Dunwoody explains, while those without this ability to build trust lead instead by instruction, which is less effective. “People need to see the vulnerability in their leaders,” she says. “We’re moving from a dictatorial leadership style to what we call the open-door policy leader, one who can see what’s going on but doesn’t feel the need to control every aspect.” Where the non-charismatic leader barks orders, the charismatic leader inspires, persuades and influences.

"Consumers can smell a rat now, so leaders want to train in building trust and operating from authenticity, which is essentially what charisma is."

What were once considered personal attributes, handy for impressing at a party or making friends, have become professional must-haves. Dunwoody’s clients often come to her feeling stuck in their careers and wanting to focus on their professional lives, but almost always, she says, they find the real work comes from a broader understanding of self. “I’m about reconnecting people to who they are and understanding their own operating system.” That, Dunwoody says, sprouts success in all areas of your life.

At its most basic, according to Dunwoody, charisma is the ability to attract others. “We can learn the behaviours that make us more attractive,” she says, “and that’s all about creating likeness and connection through subliminal techniques like matching and mirroring behaviour and communication styles, and repeating back what the other person is saying.”

While these abilities tend to be inherent in people with natural charisma, developing and practising them can increase the personal magnetism of anyone. Easier said than done, however, because many of us carry around one of the prominent blocks to charisma: fear. “We see the world as we are, not as it is,” says Dunwoody. “What that means is, everyone walks around projecting their own crap onto everyone else. So, if you’re fearful, you will be projecting fear onto everybody else and they will respond to that fear.” Charismatic people are well liked because of how they make others feel, so fear inhibits charisma in even the most emotionally intelligent among us.

Charismatic people are well liked because of how they make others feel, so fear inhibits charisma in even the most emotionally intelligent among us.

Dunwoody describes three brands of fear: the fear of not being loved, the fear of not being enough and the fear of not belonging. Each, she explains, obstructs connection and therefore charisma. “The flip side of this is being comfortable with who you are, accepting your imperfections and understanding there is no such thing as failure, just winning or learning.” This awareness, Dunwoody explains, indicates courage, a highly transferable and compelling emotion at the heart of charisma. “If you can’t show vulnerability, you push people away,” she says.

According to Olivia Fox Cabane, author of the 2013 bestseller The Charisma Myth: How Anyone Can Master the Art and Science of Personal Magnetism, charisma can be segmented into three distinct pillars: presence, power and warmth.

The first pillar, presence, is about being focused in the moment. When your mind is centred on the here and now, you listen more actively and intently, thereby showing interest in the person you’re talking to, who in turn feels good and associates that feel-good factor with you. Fox Cabane suggests paying attention to the sounds around you and the subtle sensations in your body, such as the tingling in your toes, to ground yourself in the present. Even momentary distraction can be easily detected, because humans pick up on micro-expressions in about a 50th of a second.

Charisma is not something you can learn on your own; say yes to more social invitations and consider a public speaking class.

Power, the second pillar, is less about succeeding in the rat race and more about dismantling the inhibitors to charisma: low self-confidence, imposter syndrome and self-doubt. Here, Fox Cabane and Dunwoody are in agreement: moving past fear and owning your value is the bedrock of charisma. No one likes an arrogant bragger or even the more subtle “humble brag”, but, equally, you won’t be remembered if you bring nothing to the table. Inner confidence is the key here, but being comfortable in your own skin doesn’t come naturally to most of us — mastering true confidence takes the sort of continuous coaching Dunwoody provides.

The third pillar, warmth, is perhaps the most difficult to fake because it is rooted in radiating a genuine aura, one that signals you are open and accepting. This outward effect of warmth can be tricky if you’ve just met the person you’re talking to, but Fox Cabane suggests imagining a person you feel great affection for and homing in on what you enjoy the most about your shared interactions. Simply conjuring these images can change body chemistry, and help even the shyest amongst us exude warmth.

Like learning any new skill, practice is required before mastery. Start with the basics: get out and connect with people and become an active participant in those interactions. Engage with your barista, the postman or the neighbours you usually ignore; think of every interaction as a chance to brush up on your skills and employ new strategies. Charisma is not something you can learn on your own; say yes to more social invitations and consider a public speaking class.

Still, at its core, charisma is nothing more than understanding better who you are and accepting yourself in all your flawed glory, as Dunwoody preaches. Hold that space with pride and sensitivity. The best performance in the world will crumble without the scaffolding of self-acceptance and true inner confidence.