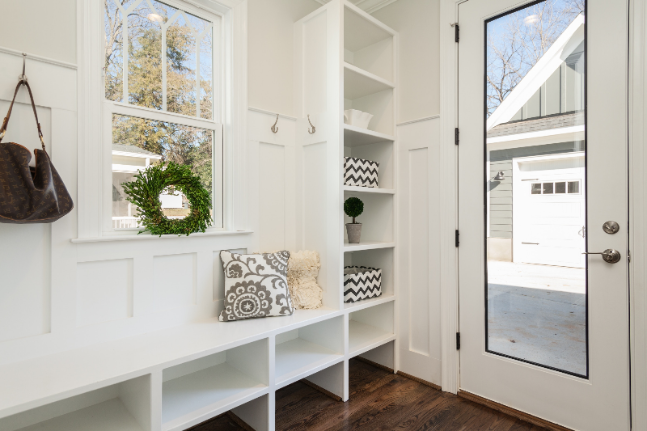 
There’s a variety of reasons why humans feel drawn to the cornucopia of offerings on shelves. Sometimes it’s about conspicuous consumption, status symbols and keeping up with the Joneses. In the case of retail therapy, buying and acquisition can be regarded as a displacement activity substituting an unmet emotional need. Materialistic values are often implanted by factors such as insecurity, parental divorce, less nurturing parents and susceptibility to outside influences.

In the 1920s, social engineer Edward Bernays, nephew of Sigmund Freud, used the new science of public relations to birth the modern consumer era. Since then, advertising has taken up the reins in plugging an ideology of consumerism. So effective have these messages been that we rarely question the need for private ownership in a society where everyone is encouraged to have one of everything.

Like a magnet, an individual attracts possessions as he or she goes through life. Surrounded by a glut of available stuff, it’s inevitable that hoarding is a growing problem, as is shown on reality TV shows. Hoarding is characterised by a tendency to hold on to low-value things, such as junk mail, that the person has no use for and where there is no strong sentimental connection.

This condition, which was introduced as a mental disorder into the most recent DSM-V reference manual, is often characterised by a paralysing difficulty in making a decision to keep an item or let go of it, and is often precipitated by a traumatic event earlier in life.

In his 2013 book Stuffocation, trend forecaster James Wallman draws our attention to a range of interlocking issues with the objects we own. He calls for us to rearrange our priorities so that experiences are valued above possessions, and refers to this as Experientialism.

While the standard of living in developed countries has continued to rise, since the 1970s overall wellbeing has started to go backwards, creating a widening gulf between the two. Society is learning that having more stuff is not a prescription for happiness. More recently, the affluent world has seen a shift in attitudes characterised by a loss of faith in capitalism that started around the time of the global financial crisis and a growing concern about the impacts of consumption on the environment.

To get a measure of the hold your stuff has over you, imagine the possibility of losing or letting go of most of it.

Stuff is a time thief, if you take into account travel to and from the shops, buying it, reading the manual, using it, cleaning it, tidying and sorting it, arguing about it, repairing it and finally disposing of it. All of this time could instead be spent on having meaningful experiences. Those who own the least tend to be the most time-rich.

In their book Your Money or Your Life, Vicki Robin and Joe Dominguez advocate trading off each purchase against the number of hours required to earn it, a mental exercise that can radically shift one’s consuming habits, especially if the paid overtime comes at the price of diminished social and family connections.

The crux of the issue is a tension between extrinsic (outward-oriented) and intrinsic (inward-looking) values. Extrinsic pursuits such as money, status and image are generally correlated with lower levels of happiness. In contrast, intrinsic goals such as personal development, curiosity and relationships have more satisfying payoffs. While consumerism is an extrinsic pursuit, having a fulfilling experience is strongly intrinsic.

To get a measure of the hold your stuff has over you, imagine the possibility of losing or letting go of most of it. Such an experience can be very freeing, but if this scenario brings up terrified feelings, your possessions may have an addictive hold on you.

One well-known downshifter is the TV celebrity Denise Drysdale, who sold her house in Victoria and relinquished most of her belongings in exchange for a life on the road that was free from ties. A section of the population is feeling increasingly drawn to smaller and more intimate living spaces such as tiny houses, which represent a radical shedding of both superfluous space and non-essential belongings. Every item has to be scrutinised to see whether there is enough space for it.

About 90 per cent [of a household’s ecological footprint] is connected to expenditure on products and services.

As part of the trend towards going digital, physical items such as CDs and books are now commonly made available in the dematerialised form of downloads on a hard drive. This confronts the owner with the ephemeral quality of data; the digital music collection might disappear for good if your smartphone is pinched, but nobody is going to make a getaway with six boxes of vinyl LPs under their arms. Holding your entire library on a Kindle may seem like a great move until it dies and you realise you forgot to make a backup.

At the opposite end of the spectrum from wasteful conspicuous consumption is frugality, which is being pursued to greater lengths by some people than others. On the north coast of New South Wales, Jo Nemeth has figured out how to live without any money and feels happy pursuing this lifestyle.

If clutter and hoarding are traps, is non-ownership a type of liberated nirvana? Some people think so. Colin Wright of Exile Lifestyle prides himself on owning only about 50 possessions, all of which are listed on his website. A new UK reality TV show called Life Stripped Bare involves six young people who start out without any possessions at all and over a three-week period are permitted to take back one item a day of their choice. This explores which belongings the participants feel they cannot live without.

Taken collectively, new purchases have a hefty environmental impact. The 2007 Consuming Australia report prepared for the Australian Conservation Foundation found that, while roughly 10 per cent of a household’s ecological footprint is associated with direct resource use, about 90 per cent is connected to expenditure on products and services. Impacts linked to purchases are associated with industrial infrastructure, fossil fuels, mineral resources, forest loss, pollution and waste. Production of stuff is responsible for a big chunk of the planet’s greenhouse gas emissions.

Anonymous and identical-looking products that are fresh from the production line have the advantage of looking spotlessly clean, but just remember to leave them outside for a week so any toxics left from manufacture can be safely outgassed.

Unlike new offerings, secondhand is more interesting on many levels. These items come with a history of human use and have developed a unique character of their own. In every episode of the 1970s British children’s TV series Bagpuss, a young girl finds a lost and broken object in the village street and leaves it in her shop window for the passing owner to collect. An oddball cast of animal characters inside the shop then repairs the item and imbues it with meaning and value by giving it a history. It’s a novel approach to jetsam that in the modern world would be likely to find its way into the nearest garbage bin.

The clothing industry has been given a touch of the Bagpuss treatment by Patagonia’s Worn Wear clothing repair website, a communication forum that features consumers sharing the real-life stories behind their well-travelled outdoor apparel.

At op shops there’s a pleasing randomness in not knowing what weird and wonderful item you’re going to encounter, and a feeling of serendipity when one you appreciate is found. Directing retail therapy impulses into secondhand buys also has a major environmental payoff.

In a wasteful society, similar feelings are experienced in the anti-capitalist “freegan” world by dumpster divers during their nightly forays. At periodic hard rubbish collections in Australia and New Zealand, a range of undamaged items are left on the pavement and some amazing finds can be scored.

Stuff is devalued in the modern world by a policy of planned obsolescence that can be traced back to the spirit-matter divide instituted by 17th century philosopher Descartes. In Cartesian philosophy, matter is treated as dead and devoid of spirit, as opposed to the inner world of the mind, which is considered alive.

When an object falls into disrepair, a common response is to toss it. This is often due to economics, laziness, a lack of skills, items that are designed not be repaired and a shortage of undivided attention to devote to the item in an increasingly distracted world. Even where it’s discarded and replaced, obsolescence still chews up time, money and mental energy.

With obsolescence multiplying all the environmental impacts associated with stuff, an increasing number of people are challenging it on moral grounds, while others seem to be worryingly acquiescent to the insanity of a throwaway culture. An interesting new development is the anti- obsolescence online store BuyMeOnce, located in the UK and America, that carefully selects products designed to last as long as possible.

The opposite of waste is stewardship. Repairing a broken item as an alternative to chucking it away is akin to being a squeaky wheel in the wasteful “take-make-dispose” economy. Environmentally beneficial, fulfilling and empowering, it’s also more time-intensive. Useful resources include the online repair websites ifixit.com and fixitclub.com.

A positive development here is the arrival of Repair Cafés, which were started in Amsterdam in 2009 by environmental journalist Martine Postma. The idea spread rapidly and today there are more than a thousand in existence. In Australia, Repair Cafés and similar initiatives are running in Marrickville (Sydney), Seddon (Melbourne), Albury-Wodonga, Maleny and Mullumbimby, while New Zealand has one in Auckland.

Operating under the slogan “Toss it? No way!”, a typical repair café involves bringing together items that need fixing under the same roof as expertise, tools and manuals. Some of those attending are curious, while others want to share their knowledge, and most are open to learning new skills in a de-skilled society.

Restart Parties are a similar initiative in the electronics and electrical field, with an emphasis on building confidence and skills while reducing the creation of e-waste. At present, none of these appears to be operating in Australia or New Zealand.

Repair is a key plank of the fast-growing circular economy, whose goal is making stuff last longer. Examples include Patagonia’s remarkable Common Threads program, in partnership with eBay, encouraging shoppers to buy used gear. Patagonia also runs the largest clothing repair facility in North America and has partnered with iFixit to create guides for repairing Patagonia-brand clothing. When it comes to designing repairable smartphones, the PuzzlePhone from Finland and the Fairtrade-oriented Fairphone 2 from the Netherlands will hopefully be available in Australasia soon.

A Library of Things offers a wide range of items that members can borrow for a modest charge. They work best for expensive things that people use rarely and that spend the rest of their time gathering dust. For low-income earners this can be a lifeline and can provide them with access to items that would otherwise be outside their economic reach. Other benefits include community-building and facilitating the option of living in a space-constrained home.

Existing Libraries of Things are running in the UK, US, Canada and Israel, with public libraries increasingly getting in on the act. While the idea is starting to go viral, so far none appears to have emerged in Australia or New Zealand. As with other manifestations of the sharing economy and the wider circular economy, they are set to play an important role in the carbon-constrained world of the future. 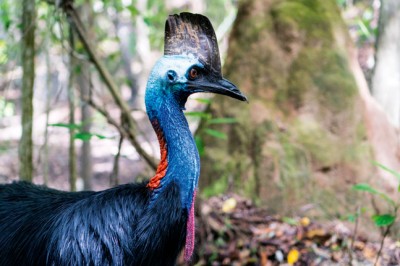 They are Far North Queensland’s most incongruous neighbours: tourists, sea changers and land developers chasing a slice of tropical paradise... 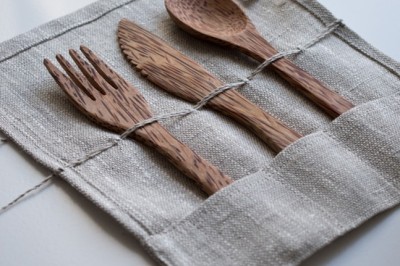 Here's how to break up with single-use plastic for good 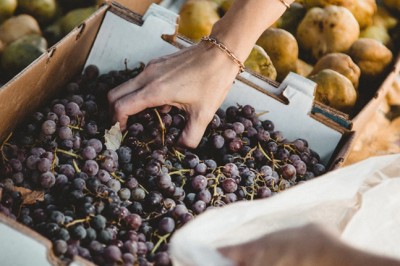 Can we save the planet with the way we eat?

Unless we significantly alter our daily habits we may witness climate change so devastating our lives will become troubled. Here's...