Sustainable solutions to heating and cooling your home 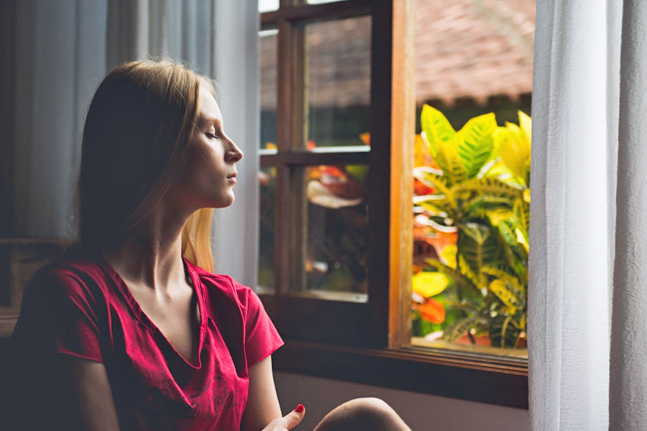 
Every winter and summer, millions of us flick the switches on our reverse-cycle air conditioners, fans, radiators, central heating systems and so on. Largely powered by fossil fuels, warming and cooling your home weighs heavily on the hip pocket and environment.

According to the Environmental Protection Authority, the average Australian household spews over 18 tonnes of greenhouse gases into the atmosphere annually. In fact, the total emissions from our built environments represent over a fifth of the country’s total output. Heating and cooling contribute the lion’s share.

Sustainable heating and cooling balances your need to thermally control your home with minimal harm to the environment and human health.

A 2018 report from the Australian Renewable Energy Agency found maintaining comfy temperatures accounts for a hefty 41 per cent of all energy use in the residential sector.

Between June 2008 and 2018, electricity costs rose 117 per cent and gas 89 per cent, making it our fastest-rising household expense, according to ABS (Australian Bureau of Statistics) consumer price index figures. ABS data also reveals those living in Australia’s coldest zones, and people with mortgages, paid more of their income towards power than those in warm, temperate regions or renting.

Fortunately, there is an alternative to the unsustainable energy bill, one as old as the sun.

Sustainable heating and cooling balances your need to thermally control your home with minimal harm to the environment and human health. It has two key elements, says Lionel Bucket, managing director of Berambing Sustainable Development. These are passive design (maximising nature’s inherent ability to heat and cool) to minimise our need for air-conditioning; and using green energy to fill the gaps.

The recipient of multiple awards for environmentally sustainable building design, Bucket is one of Australia’s leading experts on the topic. His work on passive design, energy efficiency and other sustainable building projects was displayed by the Australian Museum for 10 years. He also designed and built the world-acclaimed Wollemi Love Cabins, seven unique, ecologically designed dwellings within the Wollemi National Park World Heritage rainforest in NSW.

In essence, passive solar design involves designing your dwelling to exclude the heat of the sun in summer and bring it into your home in winter.

Ideally, your home needs to be built according to these principles but it’s also possible to modify your existing abode, he says. Here’s what you can do.

Power of the north

In the popular HBO fantasy series Game of Thrones, the North is the seat of power for the Starks. It’s the same with your home. Ideally, it should be oriented to face north. Why? In southern latitudes such as Australia the winter sun peaks in the north.

“Imagine your home as a shoebox,” Bucket says. “One side of the shoebox faces north and it’s mainly all glass and it has the right-angle eave.” (More on this crucial aspect below.)

Thus, secondly, it’s about having decent openings — windows or glass doors — to let the sun’s power penetrate. If your home isn’t sited to face north, all is not lost. You might reconfigure your interior to take advantage of your most north-facing room.

“Most houses might have a room that’s almost passively solar designed and that’s always the nicest rooms to be in,” Bucket says. A north-facing aspect is more important if, like the Starks, you live in a cold climate.

In summer, however, you don’t want too much heat coming in and warming things up. The eaves of your home (the edges of your roof that overhang the outer walls) should prevent the sun’s entry in summer but allow it to come in during winter.

For those in latitude bands including Sydney down to around Canberra and up to Newcastle, the length of the eave, gutter line or awning should be 60 degrees from the north-facing window or door sill you are trying to shade.

“The sun’s lower in the sky in winter,” Bucket explains. “It comes in under your awning or gutter line at that 60 degrees. In summer, the sun’s higher in the sky and that’s why it’s excluded by that eave size.”

If your home isn’t sited to face north, all is not lost. You might reconfigure your interior to take advantage of your most north-facing room.

The desirable width of your eaves is based on the trajectory of the Earth around the Sun and varies depending on where you live. “In Victoria it (eave length) gets longer, in Cairns it gets shorter, because the sun’s higher in the sky near the tropics and lower in the sky the further south you go,” he says. “The reverse happens in the Northern Hemisphere. It’s exactly the same but instead of the north it’s the south you make those adjustments to.

“The right-sized eave will save you a lot of money in heating and cooling costs,” Bucket adds. If your eaves aren’t the right length, it’s possible to extend them or install an exterior awning, shade or tarp.

Another important element to passive solar heating is internal masonry walls and floors capable of absorbing, retaining and releasing heat. Bucket suggests installing a stone wall at the back of a north-facing room: “As the sun comes in and warms the house up, some of that warmth goes into the wall. Then at night when the sun’s gone down that heat comes out of the wall back into the house. That wall should have an optimal thickness of 200mm to get the right heat exchange.”

Internal concrete slab floors, in the first two metres where the sun shines in, are another way to get a heat bank, he says: “You can put carpets and other stuff on the rest of the floor but the more slab, the better the temperature’s going to be.

“That concrete absorbs the heat coming from the sun in the day and releases it back out of the slab at night and evens up the temperature. If you can follow those principles you can apply them to any room in the house and make adjustments to it to make it more comfortable.”

According to the Australian Government site for environmentally sustainable homes, yourhome.gov.au, up to 35 per cent of winter heat loss in an uninsulated home typically occurs through the ceiling; between 15 to 25 per cent through the walls; and another 10 to 20 per cent each through windows and floors. In summer, you can gain the same proportions back in heat but a greater proportion through windows.

Bucket recommends insulating your floors, walls and roof. If you don’t already have insulation, choose the least toxic and environmentally friendly products on the market such as cellulose, wool and polyester.

As we’ve seen above, windows can contribute greatly to energy inefficiency. Bucket recommends installing double-glazed windows on the south, west and east-facing windows. These use two layers of glass separated by a layer of air. It’s possible to retrofit existing windows.

Alternatively, insulating film can be placed on existing windows and glass doors to increase their insulative quality, he says. He suggests internal curtains and blinds and outdoor awnings as further ways to regulate the temperature indoors.

Research by Manchester’s University of Salford suggests closed curtains can reduce the transfer of heat through windows by about 30 per cent. However, to be effective, they need to be thick and lined. In Europe, external shutters are used for a similar purpose.

Windows are also a great natural means of capitalising on cool summer night breezes to lower the temperature of the home naturally.

Heat can also be lost (or brought in on hot days) through gaps in the windows, doors and floorboards as well as via openings including vents, cat flaps, fireplaces, chimneys, cracks, manholes and entry points for plumbing and services such as phone and TV cables.

Sealing is particularly important if you live in a cold zone. According to yourhome.gov.au, air leakage and draughts are responsible for between 15 to 25 per cent of winter heat loss from your home. But they can also suck a significant amount of coolness out of houses in hot places.

The site suggests cornice cement at wall-to-ceiling and wall-to-floor junctions, insulative foam, caulk, draught-proofing strips and seals and other measures.

If your roof is black, you might want to paint it. Black absorbs sunlight more than any other colour and transmits heat into the building below, Bucket says. Unless your home predominantly needs heating, a lighter roof is the way to go.

“Any lighter colours are the ones to use,” he says. “Even a grey roof is reflective. There’s also coatings now that people can put on their roofs that increase the insulation value in the reflectiveness of the roof. The insulation coating reduces heat. It’s mostly about keeping it cool in these stinking hot heatwaves.”

Appropriately planted trees can offer substantial shade, Bucket says: “Any greenery makes your place cooler.” If you’re in an area that gets chilly in winter, he suggests deciduous trees and vines — those that lose their leaves in winter and allow the sun to peep through. Further ideas are vine-draped pergolas, verandahs and other outdoor constructions.

In addition to passive solar design, Bucket suggests switching to renewable fuel sources to heat and cool your home. The latest figures from the Green Energy Markets report show wind, solar and hydro accounted for more than a fifth of all the electricity generated in Australia during 2018 and the market for rooftop solar is booming.

Bucket says a solar setup for a typical Australian home (including rooftop solar panels, inverter and battery), costs about $12–14,000. Batteries allow excess solar production to be stored for use at night, circumventing a common issue with solar energy: lack of power when the sun isn’t shining. “With a battery backup you can get rid of all your bills,” he says.

Alternatively, switch your existing energy supply to a green energy option or retailer. “At the moment it’s more expensive but not much more,” he says.

The energy efficiency of various types of heaters and air-conditioners varies widely. “Look at the star ratings and read the label,” Bucket advises. “They’ll tell you how much each device uses in a year.”

Here’s a run-down of possible heating and cooling appliances and systems in Australia, according to consumer watchdog CHOICE.

Cheap to buy and run.

Expensive to purchase/install but more effective for heating and cooling larger areas, especially in hot localities. Come in small, portable models, wall/window-mounted options, split systems (a compressor unit installed outside with one or more indoor air outlets) and ducted systems (usually installed in the roof or outside and connected to ducted outlets inside, allowing separating cooling of rooms).

As above, but heat as well as cool.

Draw in hot air and use water evaporation to blow out cool, humidified air. Cheap to run.

Cheap to buy but only suitable for heating small spaces.

Remove carbon monoxide fumes through a flue and need to be installed by a tradesperson. Unflued portable gas heaters aren’t recommended without good ventilation.

When sustainably grown firewood is used, these produce less CO2 than electric and gas heaters and warm the house efficiently. However, wood smoke contributes to pollution.

Steam from heated water (in a boiler) is piped through the house into panel radiators. Expensive to install.

A gas furnace (installed underfloor or externally) warms the home through ducting vents. Expensive to install.

A slow-combustion stove or similar is connected to ducts and fans in the ceiling that shift heated air to other rooms. 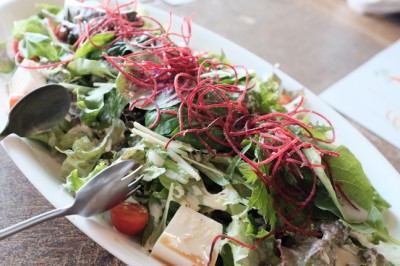 How to reduce food waste and reduce our carbon footprint

Reduce food waste and your carbon footprint with these simple tips (hint: they will save you money, too!) 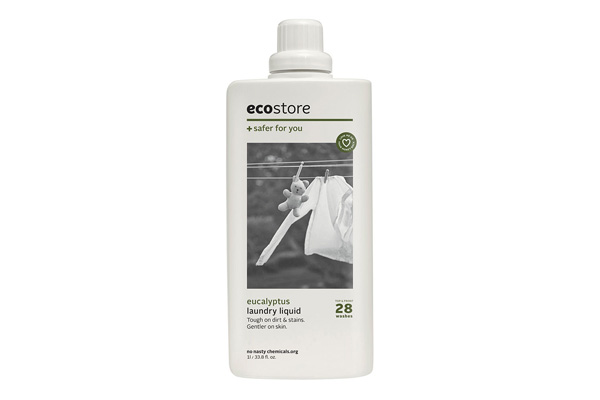 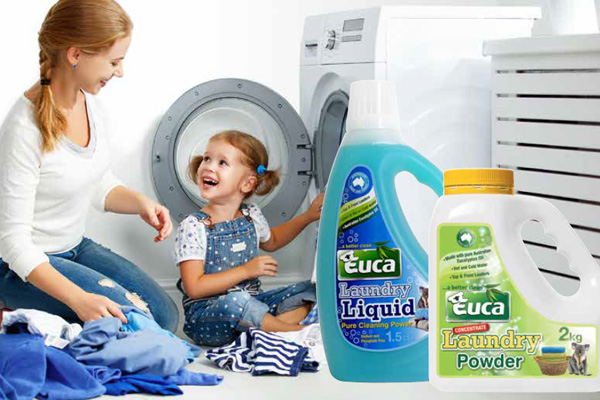