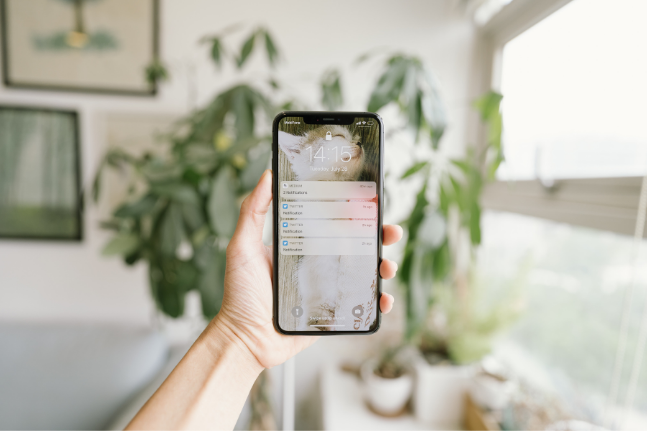 What’s the deal with 5G? We take a look at the debate

You’ve no doubt heard the debates about 5G and EMF, but what’s all the fuss about? We explore the ins and outs of 5G tech and its possible health impacts.

We are a civilisation fuelled by caffeine and ruled by our devices. Rollout of 5G technology promises to dramatically escalate our dependence on a sophisticated wizardry of advanced computing linking every mechanised item in your home to the exterior business world, promising instantaneous and unlimited access to information and entertainment with unprecedented environmental control, social connectivity and consequent economic growth. As much as this might make your life richer and easier, this quantum leap forward for humanity doesn’t come without a hefty price tag.

In the good old days when all we had to distract us was television, radio and the telephone, our exposure to radiofrequency electromagnetic radiation (RF EMR) was far less than it is today, partly because we had to be wired or plugged in to connect or receive transmission. As we were transported into the computer age and with the advent of the internet and the birth of smartphones, we became enmeshed in a technology that exposes us to a constant barrage of wireless RF EMR, because it needs these to operate, with ill-defined dangers. As 5G unfurls, what we will be subjected to will ramp up exponentially. The dilemma will be that most of us will not have a subjective experience of this volcanic surge in RF EMR energy. We’ve been using smartphones and computers with impunity for the best part of this century. Why should anything be different now?

It all comes down to which group of experts you listen to. In the one corner we have the regulatory health authorities and experts aligned with their narrative who claim that the energetic forces we are exposed to are harmless and that it is highly improbable that our encounter with 5G will be any different. In the other corner we have a highly concerned group of scientists who suggest that there should be a moratorium on the propagation of this technology until we have the research which testifies to its safety.

The principle thesis of the latter group is that damage to DNA, an increase in free radicals and a rise in inflammation occur at RF EMR levels way below that which is considered safe by regulatory standards, a perspective which is flatly rejected by health authorities and their scientific support team. Those who are worried list all the evidence linking existing RF EMR exposure with brain cancer, the rise in neurodegenerative diseases like Alzheimer’s (now alarmingly an affliction of a much younger demographic) and the devastating effects that this significantly upscaled system of electromagnetic sophistication might have on your general wellbeing. These concerns are repudiated by the scientific establishment. Nowhere is this battle more heated than the ongoing debate over the connection between mobile phone usage and brain tumours.

It all comes down to which group of experts you listen to.

Once again it depends on whose viewpoint you endorse. What both sides are definitely agreed upon is the documentation which reveals that extensive users develop more cancers. The argument then goes that if almost half the world has a smartphone (and for many of us our phones have been steadfastly attached to our bodies and close to our brains as far back as we can remember) why hasn’t the incidence of brain cancer reached epidemic proportions? Are we just waiting unsuspectingly for the pandemic to manifest, and will the advent of 5G propel us into this cataclysm?

The default mantra of those proposing that RF EMR is harmless asserts that all the studies linking this exposure merely demonstrate an association, not definitive causation. Placebo-controlled trials showing that mobile phones can raise blood pressure in young subjects, alter heart rhythms and worsen allergic responses would render this viewpoint untenable. Just the other day I consulted with a young male patient who couldn’t sleep, had his phone positioned close to his head the whole night and whose blood pressure was unusually high for someone his age. The standard medical approach would be to charge in with medication when all he might need is distancing from his devices. Similarly, occupational exposure has been shown to raise cholesterol, often unjustifiably medicated. RF EMR might indeed need to be acknowledged as a new risk factor for heart disease.

RF EMR can compromise the immune system especially, weakening natural killer cells, our prime weapon against invading viruses and bacteria, not a situation that would be welcome in the age of the lethal coronavirus. Low white cells, not an uncommon problem, signifying an inexplicably incapacitated immune system, could be due to RF EMR. What’s even more alarming is the fact that RF EMR exposure opens up the gates of your cells, allowing viruses to come flooding in and commence replicating, a process which 5G might ramp up considerably.

Hormones such as melatonin, vitamin D, testosterone, oestrogen and progesterone can be reduced by RF EMR, paving the way for increased anxiety, depression, insomnia, sexual dysfunction, weight gain and general emotional and intellectual debility. These are common excessively medicated conditions. Exposure to the detrimental effects of RF EMR is rarely considered. As we stare into the future of the 5G technology that awaits us, is our current myopia blinding us to its devastating potential?