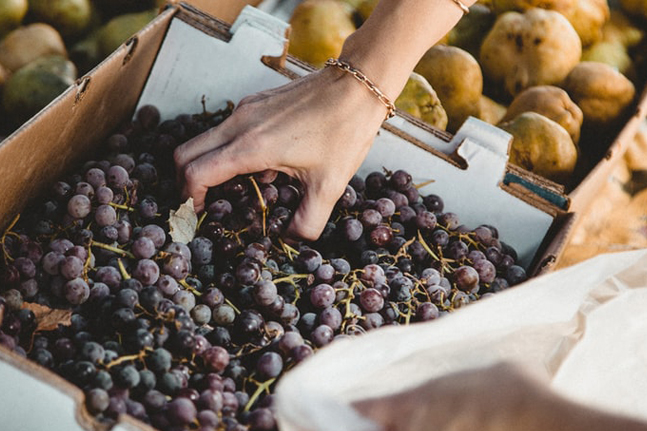 Can we save the planet with the way we eat?

We are hurtling towards planetary devastation at such a rapid rate that unless we significantly alter our daily habits we may witness climate change so devastating our lives will become unbearable. Our health and that of the planet will be under threat.

Such is the prediction of journalist David Wallace-Wells. In the summer of 2019, in collaboration with preeminent climate scientists, Wallace-Wells released a jaw-dropping, deeply disturbing description of the apocalypse we might all be facing in The Uninhabitable Earth: A Story of the Future, a prognosis that might reach a meteorologist’s report near you much sooner than even this spine-tingling analysis anticipates.

The EAT-Lancet Commission recommends the increased replacement of animal-sourced foods with those that are plant-based.

If carbon emissions, climate change and global warming proceed at the current rate, by the year 2050 half of the world’s population would be dealing with malaria. The mosquito-borne disease, currently restricted to tropical and subtropical climates, will migrate to far reaches of the planet as warming becomes sustained and ubiquitous. For every one-degree increase in temperature, the parasite reproduces 10 times faster, which means that the mosquitoes spreading this illness might be swirling around our bedrooms in squadrons. Zika and dengue infestations will become diseases that plague all of us.

We take the air we breathe for granted but stop for a second to consider that the oxygen we need to survive is provided by plants that appropriate the CO2 we emit in exchange for the vital oxygen that sustains our lives. The Amazon provides 20 per cent of our oxygen and yet current government intervention has legalised economic expansion into this pristine environment while wild fires that are becoming increasingly frequent could ravage huge swathes of this life-preserving ecosystem. This would be disastrous for all the oxygen-dependant inhabitants of our planet.

Wallace-Wells is hardly buoyed by the steps we are taking to circumvent this impending disaster. The USA has opted out of the Paris climate accord, an internationally binding agreement that proposed to limit carbon emissions and hold its signatories accountable for embracing renewable energy resources and reducing their dependence on fossil fuels.

A carbon tax introduced in Australia and attempts in France, for example, to tax petrol consumption met with resounding denunciation by the public in both countries. Governmental inertia, mirrored by a distinct lack of societal enthusiasm to commit to a path that would significantly alter the current destructive trajectory spawned by man-made global warming, suggests we are on a collision course with the wrath of nature yet few of us care about it.

Mercifully, scientific will to interrupt this planetary train ride into the bowels of Hell has spawned an initiative which might yet be our salvation. Realising that global warming, at least in part, may be due to our eating habits. Food production technologies research has focused on what all of us can do to change these patterns.

Enter the EAT-Lancet Commission, a three-year project that brought together 37 experts from 16 countries with expertise in health, nutrition, environmental sustainability, food systems, economics and political governance. The commission was briefed to provide clear guidelines for healthy eating practices and sustainable food production that would substantially reduce the carbon footprint of these processes while also diminishing diseases generated by an unhealthy diet.

The fundamental findings of this commission were twofold. Firstly, our attachment to animal-based protein derived primarily from ruminant livestock such as cows and sheep leads to the release of methane produced during digestion. Allied with this is the fact that, in order to provide a home for these animals where their maturity can be accelerated in order to rush them to the slaughter, expansive stretches of pasture are needed.

To preserve these pastures, soil fertility management and fertiliser need to be applied, which in turn leads to the generation of nitrous oxide. Methane and nitrous oxide respectively have 56 times and 280 times the global warming potential (over 20 years) of carbon dioxide. Reversing this trend is simple — all we have to do is eat differently.

The commission recommends the increased replacement of animal-sourced foods with those that are plant-based. If this were to happen on a global scale, the release of methane and nitrous oxide gases would dramatically decline, mitigating their contribution to global warming. Instead of getting protein from livestock, we would need to obtain this critical resource from legumes, beans, peas, lentils, nuts and soy-based foods. We’d still be eating pork, chicken and other sources of poultry, fish and eggs, just much less so as we realign our preferences to a vegetarian pattern of eating.

Just how to advocate and implement this on a worldwide scale has yet to be determined. Certainly, the practicalities of adopting this fundamental change in our eating behaviour are daunting as poorer countries achieve economic advancement and start to embrace the eating practices of richer countries by consuming more red meat, fat and sugar, the very activities the commission proposes we abort.

Essentially, we alter what we eat out of necessity and for personal reasons, mostly because we want to lose weight or in some rare cases in the hope that this will help us live longer, more productive lives. It’s hardly enjoyable, which is why it’s almost never sustainable and I can’t think of a time when it’s done for altruistic reasons. If no one cares about driving their car, good luck to the health authorities for trying to convince them they have to eat plants and beans to save the planet. 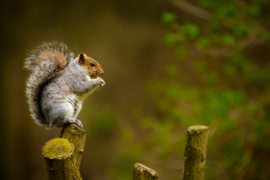