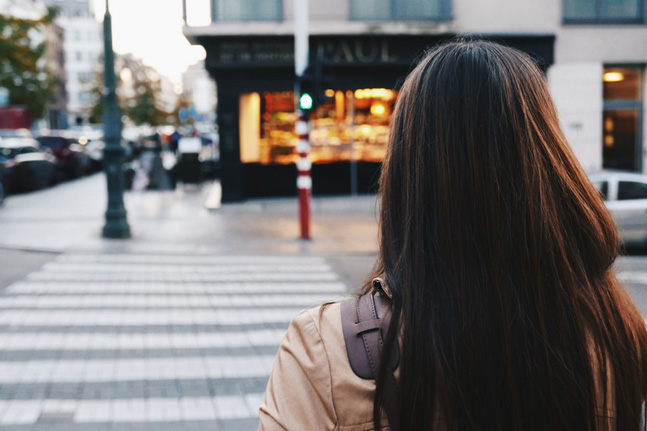 
Cities are complex and often intriguing places that always combine the advantages of concentrated habitation with its inevitable downsides. Dating all the way back to 7000 BCE, they rose to greater prominence as a result of urban migration following the Industrial Revolution, starting in the early 18th century.

More recently, the percentage of humans living in cities rose from 39 per cent in 1980 to 54 per cent today, with further urbanisation predicted for the future. Cities are set to play an important role in the future direction of human settlement and will be pivotal in tackling climate change.

Some cities that were once viewed as unappealing and polluted are now clean and attractive, aided by people-centred urban planning. What are they doing right and what mistakes were made in the past?

Cars have come a long way since the late 19th century when vehicles in the UK were required by law to drive at no more than two miles per hour and to be accompanied by someone waving a red flag. Over time, rules were relaxed and cars sped up, while usurping the roads from other users. As early as 1922, Modernist architect Le Corbusier envisaged cities dominated by cars travelling fast down straight multi-lane highways. With backdrops of tall skyscrapers, his sketches look eerily familiar in their similarity to today’s car-oriented cities.

Ideally, a city represents a place for interaction, exchange, enjoyment and exposure to diverse cultures.

The city can sometimes be a zone of contention between two different paradigms. A mechanistic viewpoint sees the city as a system oriented towards the car and valuing travel at speed. A competing holistic perspective appreciates the city as a place in its own right, or even as an organism. Here, the human-scale is valued.

Around 1960, it became evident that cars were taking over. A pivotal point came in 1961 when urban activist Jane Jacobs put out The Death and Life of Great American Cities, a book that initiated awareness of the damage being done. Jacobs had been heavily involved in a campaign to save Greenwich Village in New York from a destructive road-building project known as the Lower Manhattan Expressway, and she coined many ideas regarding urban livability that are today in wide circulation.

Repercussions of car dominance are numerous and include congestion, air pollution, noise and greenhouse emissions. Car dependence operates a vicious cycle where car-oriented development in turn encourages more road building. Among the horror stories is the recent construction of WestConnex through the Sydney suburb of Haberfield, resulting in the loss of dozens of heritage houses.

Where car-related functions such as traffic movement and parking are given precedence, the space devoted to economic, social and cultural exchange is diminished. Pavements are narrower and buildings blocking road-widening may be demolished. Increased mobility associated with car culture has been responsible for the loss of many corner stores. Quality of life is diminished for the people who don’t drive, including children and elderly people. Destinations are often outside walking or cycling range and there’s a longer walk to the bus stop.

A 1970 survey carried out in San Francisco by urban design academic Donald Appleyard found that on a road with heavy traffic residents had one-third of the number of friends and acquaintances from nearby houses compared to those living on another street with light traffic. Whereas residents on the “light” street generally marked their home territory as being the whole street, for those on the “heavy” street this territory had retreated to just one or two rooms of their homes.

Both Australia and New Zealand are highly car-oriented, close to topping the world in commuter trips made by car. In Australia, 74 per cent of travel to work is via car, whereas in New Zealand the figure is 82 per cent. Turning around car-dependent design is a challenge, but one that has been successfully been tackled overseas.

Car orientation usually leads to low-density development, manifesting as suburban sprawl. Environmentally, this is linked to a range of downsides, including loss of farmland and forest, extra fuel consumption from the greater distance driven to reach facilities, and the additional resources required to build infrastructure. Health-wise, sprawling suburbs encourage obesity from excessive reliance on a car, and may lead to social isolation.

Over the past 20 years, the lower densities common to many suburbs in Australia and New Zealand have seen a move towards higher density. Factors include the demolition of detached houses to make way for unit blocks, increasing high-rise residential development and infill, including second dwellings in backyards.

While these developer-driven trends have resulted in a less visually appealing built environment and the loss of trees and gardens, medium and high densities also mean greater walkability, especially when located fairly close to mass transit. In the US, which has been heavily car-dominated, there’s a strong shift towards walkable development due to its quality of life and health benefits boosting property values. Originally promoted under the banner of the New Urbanism movement, these mixed-use neighbourhoods offer close access to shops and facilities.

Such neighbourhoods attract young professionals, but this has come at the price of gentrification and rising property values eroding social diversity. In Australia and New Zealand, demand remains high for one-bedroom studio apartments, with today’s younger generation far less interested in being burdened with stuff. Renting is common. Millennials, in particular, are increasingly less likely to be interested in driving, with this trend occurring in many affluent countries.

Once an overlooked figure, the pedestrian and their needs are making a comeback, especially in urban districts that have undergone regeneration. Over the past few decades, numerous town and city centres have created pedestrian-only shopping streets. Central Melbourne, in particular, is highly pedestrian-friendly and has received full marks for walkability by the American website, Walk Score.

The car-free paradigm is gaining ground worldwide, especially now that the world is awakening to the extent of the risks associated with pollution and climate change. On World Car Free Day, held every year on September 22, motorists are encouraged to find other means of transport. Some cities have held their own car-free days. These include Bogotá in Colombia, and Paris, which in October 2017 organised a large event covering an area of 105 square kilometres.

Europe leads in car-free neighbourhoods, which include Vauban, a suburb of Freiburg in Germany with a population of about 5500. Other urban car-free and low-car developments are found in Amsterdam, Vienna, Cologne, Hamburg and Nuremberg. One car-free leader is the Belgian city of Ghent. Since 2012 it has been reclaiming a number of inner-urban streets from traffic, for use by local residents over a 10-week period during the summer. This Living Streets project now involves 24 streets.

Some more courageous cities have gone as far as to remove central urban freeways, a move that reverses the car-obsessed planning ethos of the 1950s and 1960s. These include Seattle, which has part-completed the demolition of its Alaskan Way Viaduct. At Cheonggyecheon in Seoul, the dismantling of an expressway has resulted in the creation of an artificial river and has boosted urban biodiversity.

While some might expect that such projects will lead to traffic gridlock and chaos, this has not happened. Traffic planners have long recognised the phenomenon of “induced demand”, whereby new urban roads quickly fill up with vehicles. Where these roads are later removed, vehicles find other routes, some unnecessary trips are avoided and usage of public transport rises. Alternatives to commuting to work include telecommuting, home-based businesses and having a job close by.

Inner-urban areas have limited parking and, where available, it’s very expensive. A car-free culture helps to relieve this pressure, as does car-sharing via companies such as GoGet in Australia and Cityhop in New Zealand. Research carried out for GoGet shows that its drivers average about 20 per cent fewer annual kilometres than the Australian norm. Car-sharing can combine well with low-car housing developments where a limited number of vehicles are permitted to be parked on the periphery.

In addition to various forms of public transport, other alternatives include car-pooling and electric bikes as well as more obvious options such as walking and cycling. Bicycle transport works best of all in cities such as Copenhagen, Utrecht and Amsterdam, where the dominance of cycling as a means of travel determines planning decisions and there are features such as bicycle streets and parking garages dedicated to bikes. Hundreds of bicycle-sharing systems in cities around the world hire out bikes for free or at an affordable cost.

Ideally, a city represents a place for interaction, exchange, enjoyment and exposure to diverse cultures. Its inhabitants are looking for a place that is livable, sustainable, healthy, safe and interesting. For a city to achieve this, it must embrace pedestrian-oriented and people-centred development. “Placemaking” is a new term for a bottom-up approach to design that listens to the desires of the local community and its quality of life goals.

Factors that help shape a city designed for people include:

Jan Gehl is a Danish urban designer who has devoted the past 40 years to transforming urban environments to maximise human quality of life, often with much success. He was instrumental in transforming central Melbourne into a highly livable city and lists the following criteria as being pivotal to achieving a high quality of life.

Jane Jacobs coined the term “eyes on the street” to indicate how the presence of pedestrians deters crime. Citizens can take ownership of public spaces simply by using them. The presence of numerous people hanging out in a public area sends a signal that it’s safe from crime, and that the space works for its users. In turn, this encourages further people to congregate. Good examples in Australia and New Zealand include Melbourne’s Federation Square, the South Bank parklands in Brisbane, and Cathedral Square in Christchurch. Conversely, empty and deserted spaces are liable to convey the opposite message.

The definition of “livable” can extend to a wide range of factors, but if the criteria are narrowed to the planning and running of urban areas, Copenhagen usually comes out on top. Downsides such as the cool weather are offset by pedestrianisation, good public transport and about 40 per cent of trips being made by pushbike. While Europe has a head-start with designing cities for people, those elsewhere are making progress, too.

City as playground and laboratory

In the 1950s, Letterist International, an avant-garde Marxist collective based in Paris, developed a practice known as la dérive, a term that loosely translates as “drifting”. Also sometimes referred to as psychogeography, this was an exploration of an urban area in a state of heightened receptivity as a means of bypassing one’s habitual relationship with the environment. Ideally, participants would later debrief to cross-check their impressions. Drifting was influenced by an imaginary figure invented by Baudelaire in the late 19th century known as the flâneur, an investigator-philosopher who strolled or wandered about the French capital observing society.

Another interesting way to interact differently with one’s urban environment is via experimental tourism. Devised by a Frenchman named Joël Henry, and borrowing heavily from the Surrealists, this turns the conventions of travel on their head in various playful ways. These include visiting cities using antiquated guidebooks or visiting urban attractions only at night.