Would you ride in a driverless car? We take a look at the the benefits and downsides of driverless vehicles 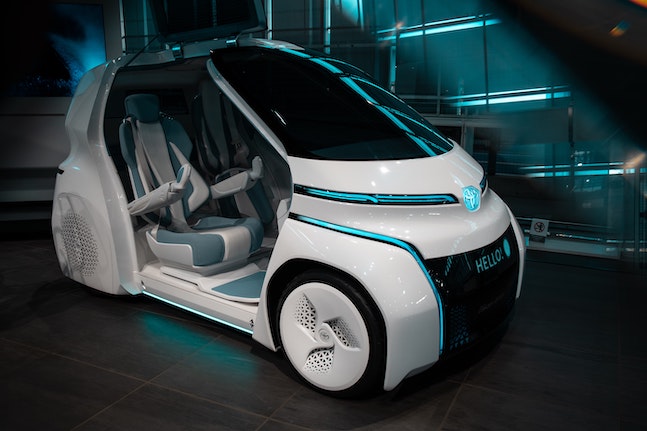 
The current private transport system has many shortcomings. Cars produce pollution, generate CO2 and emit other greenhouse gases. In urban environments, roads take up a large chunk of land area, sprawl is an issue and congestion is common. Road accidents are a tragic problem, with about 1100 fatalities per year in Australia, and around 350 in New Zealand. Globally, road deaths are about 1.35 million annually.

All of these issues are in line to be affected by a potential future shift towards driverless vehicles (also known as self-driving vehicles or autonomous vehicles), and while some changes are likely to be for the better, others might not. In a broader context, they are an important part of the planned shift towards a high-tech future under the “internet of things” (IoT) and are often considered in parallel with the current shift away from internal combustion cars to electric.

Driverless vehicles are often classed according to different levels of autonomy, ranging from Level 1 (where control is largely in the hands of the driver, but is also shared with some automated functions) to Level 5 (where no human is needed at all.)

A 2019 survey carried out by KPMG International investigated 25 countries and ranked them according to their level of preparedness for self-driving cars, giving the highest ratings to the Netherlands, Singapore, Norway and the US. This 2019 Autonomous Vehicles Readiness Index looked at consumer acceptance, infrastructure, technology and innovation, and policy and legislation.

On the plus side, driverless vehicles would extend the opportunity of driving to take in groups of people who are often unable to drive in today’s world. These include the young, the elderly and people with serious disabilities.

A big selling point is the promise of reducing road accidents down to a very low level by ideally eliminating human driver error.

A big selling point is the promise of reducing road accidents down to a very low level by ideally eliminating human driver error that is responsible for 94 per cent of all US car accidents. However there are differing perspectives. A 2020 study by the Insurance Institute for Highway Safety in the US found that autonomous vehicles may be able to prevent only a third of crashes. Understandably the industry has a different view, with the industry group Partners for Automated Vehicle Education (PAVE) estimating up to 72 per cent of crashes being prevented.

Self-driving vehicles would be unable to exceed the speed limit, and there would be few worries about being tired or drunk. You would be unlikely to get lost, and the vehicle would try to avoid areas of traffic congestion in real time. Autonomous cars would inevitably have a self-parking capability.

Among various issues and difficulties associated with self-driving cars are:

The effects of driverless cars on urban design are speculative, but their possibly far-reaching effects will need to be anticipated:

In William Larson and Weihua Zhao’s study Self-Driving Cars and the City: Effects on Sprawl, Energy Consumption, and Housing Affordability, the authors conclude that on the plus side of the ledger, driverless cars would increase productivity, improve housing affordability and reclaim some land needed for parking. On the downside, they predict that these vehicles would result in traffic congestion and sprawl.

Autonomous and semi-autonomous vehicles are being trialled in various countries with backup drivers. To a lesser extent, the testing and use of driverless autonomous buses, taxis, wheeled delivery robots, trains and mining vehicles sometimes occurs within restricted geographical areas. Inevitably, the most rigorous and challenging testing is in urban environments containing far more unpredictable factors that have to be managed. Unfortunately there have been some accidents, which have attracted some media attention.

Uber was running a trial program that was shut down for a while after a fatal accident caused authorities to suspend the tests. In Tempe, Arizona, a woman named Elaine Herzberg was run over and killed by an Uber self-driving car when she was walking her bike across multiple lanes of traffic in the dark, the first person to die in this manner. The human behind the wheel was not looking at the road, and failed to brake in time.

A big selling point is the promise of reducing road accidents down to a very low level by ideally eliminating human driver error.

Various Tesla models, including the Model X, Model 3 and Model S, all have a semi-autonomous mode called Autopilot. Designed only for highways, this has difficulty in detecting pedestrians and cyclists. A number of accidents, some fatal, have occurred because drivers were ignorant of its limitations and treated it as a fully self-driving system rather than a driver-assistance system. As levels of autonomy go, Autopilot is at Level 2, meaning that the driver needs to be ready to intervene.

Testing has also been taking place on roads in Australia and New Zealand. New South Wales, Victoria and Queensland all allow them to be trialled. Volvo in particular found it hard to predict the bounding of kangaroos because they move so differently from other large animals. Its Large Animal Detection System was confused because it thought that the roo was further away when in the air and closer when on the ground. Australia is looking at drawing up national rules of self-driving cars in 2020. Unlike in Australia, the rules in New Zealand are less strict, and no driver is even needed behind the wheel.

Self-driving vehicles map out the environment via various sensors, including radar, lidar (light detection and ranging) and video cameras. One shortcoming of such sensors is that current technology fails to work properly in poor weather conditions, such as snow, heavy rain and dense fog. However, researchers are working on a solution. Despite sensor-driven mapping being powerful, it finds pedestrians, cyclists and animals hard to spot. There would need to be a high level of connectivity to the outside surroundings, and the vehicle would utilise its own electronic map for navigation.

Lidar is a laser-based detection system that involves 3D-mapping a 360-degree view of the surroundings via a sweeping beam that emits millions of light pulses per second. Waymo (owned by Google) has six lidar sensors on its cars, Uber vehicles have one and the Tesla Autopilot semi-autonomous system avoids the technology entirely. Lidar can only scan a distance of about a hundred metres.

It also carries some risks. In 2019, a photographer’s US$2000 camera was destroyed in Las Vegas by a lidar beam from a driverless car that caused burn damage to the sensor. While lidar lasers are claimed to be safe for the human eye, regular cumulative exposure in particular could pose blindness risks.

Radar is a technology universally employed by driverless cars that tends to be mounted on all four sides of a vehicle. Beaming further than lidar, it is a form of non-ionising radio-frequency radiation, and extends up to 300 metres. While one driverless car in the road would have little effect, radar emissions from all four directions from numerous vehicles along a stretch of road would add up. Health effects are possible, and car radar is certain to make cities more inhospitable for people with electrosensitivity.

Most of the large car manufacturers have been working on autonomous vehicles for years. To these can be added the Silicon Valley giants such as Apple and Google (which owns Waymo.) A further interested sector is the ride-hailing disruptors such as Uber and Lyft, both of which would boost their profits in the absence of human drivers.

In the race towards having fully driverless cars on the road, the initial unrestrained optimism has been tempered, and the timeline for fully autonomous vehicles is being regularly pushed back. Full Level 5 autonomy is now less frequently seen as a realistic short-term proposition, and has been described by some commentators as being “decades’”away. It could be that the only safe place for driverless cars would be in specially designed smart cities.

If full autonomy is reached, there are questions whether an ownership-based or mobility-based driverless model would win out. Doing away with private vehicle ownership, especially for dense urban areas, would give these ride-hailing companies a massive market boost. One the plus side, this would remove a lot of parking space needed in cities, allowing the land to be used for more human-centred purposes. On the downside, competition for on-demand passengers would probably increase congestion. A cultural shift would be needed to relinquish private vehicle ownership and embrace sharing.

In terms of acceptance, there is still a long way to go. A 2020 US opinion poll found that 48 per cent of adults said they would never get into a self-driving taxi, and that 20 per cent believe that autonomous vehicles will never be safe. A total of 34 per cent believe that the advantages of self-driving vehicles outweigh any potential downsides. Surveys have identified significantly more support among men than women.

If self-driving cars are the catalyst towards widespread car-sharing, then the big environmental gains would be from those vehicles that are not manufactured. Estimates vary widely, but the production of a new car has been associated with anywhere from 5.6 to 17 tonnes of CO2-equivalent worth of emissions, plus substantial non-renewable resources.

Automation can translate into energy efficiency savings, as network vehicles anticipate one another’s movements. Despite this, one of the conclusions in Self-Driving Cars and the City is a predicted increase in energy use. There is also the environmental impact of manufacturing all the electronics used in high-tech transport, which includes the e-waste at the end of its life.

The common media portrayal of a high-tech future as an inevitability rather than a choice risks becoming a self-fulfilling prophecy. One of the easiest ways to convey this message in the case of self-driving cars is to characterise them as a “modernisation” of the transport sector, as was done by KPMG in its 2019 Autonomous Vehicles Readiness Index report.

It can be easy to develop a somewhat blinkered positive view about high-tech plans for the future. Every technology has some kind of downside, and driverless cars will be no different. Inevitably, frictionless automation and the disembodied transfer of data are constrained by being embedded in the physical world that contains humans, who are more than unpredictable elements to be managed in a machine society. Tempering technological optimism with a reality check can be a downer, but also provides a valuable balance. 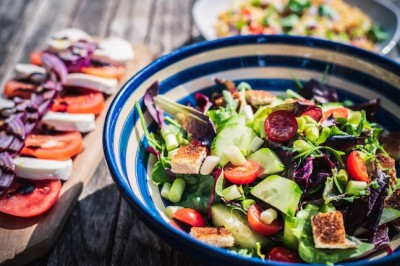 How you eat contributes significantly to your carbon footprint. Yet a truly “low carbon” diet is complex to achieve. Discover...