Save the Great Barrier Reef

The Great Barrier Reef stretches 2600 kilometres up the Queensland coast, from Bundaberg in the south to beyond Cape York in the north. Declared a World Heritage Area in 1981, its protected zone spans a vast 344,000 square kilometres.

Coral reefs, which are giant colonies consisting of millions of carnivorous polyps, are also hotbeds of biodiversity. The Reef is home to 400 species of coral, 1500 fish species and 4000 different molluscs. Turtles, dolphins, whales, sea snakes and birds are important residents and visitors. Most unique is the dugong, a large and gentle marine mammal that feeds on seagrass beds.

As a tourist magnet, the Reef attracts visitors from across the world, who inject AU$6 billion (NZ$6.8 billion/US$5.4 billion) annually into the Australian economy and whose spending supports 60,000 jobs. Today, it’s in danger from several directions, most in connection with human activities. According to a commonwealth body known as the Australian Institute of Marine Science (AIMS), about half of its coral cover has been lost since 1986.

Coral bleaching involves the breakdown of the symbiotic relationship between coral and algae species that serve as food, starting to occur when the summer water temperature exceeds one degree Celsius above average. As a result of water warming attributed to climate change, mass bleachings on the Reef are becoming increasingly common; they took place in 1998, 2002 and 2006. This increases susceptibility to disease, sometimes leading to coral death.

Unsustainable human activities are the cause of pollution affecting the Reef, in turn making it less resilient to climate change:

Other challenges facing the reef include:

Australia has plans to treble the size of its coal production sector by the year 2020. The hub of this anticipated coal boom is the Galilee Basin near the Queensland town of Alpha, which may soon become the site of several vast coalmines. Most leases are owned by the Indian mining giants, Adani and GVK, although Australian mining billionaires Clive Palmer and Gina Rhinehart have significant interests, too.

In Queensland, coal-seam gas development has resulted in rural districts becoming industrialised as wells, pipelines and compressor stations take over the landscape, toxic water is stored in retention ponds, and volatile organic compound emissions contaminate the air. So far, across the state, 4500 wells have been drilled, with tens of thousands more on the drawing board.

To send these fossil fuels to key export markets, infrastructure will be needed. On the Queensland coast, construction is underway on a couple of huge export terminals and several more are in the pipeline. Dredging has been carried out to create channels and berthing facilities, requiring the dumping of millions of tonnes of dredging spoil that can contain high levels of heavy metals, pesticides and acid sulphate. Increased turbidity restricts the depth at which coral can grow and destroys or damages the seagrass meadows that are a vital food for turtles and dugongs.

A proposed six-fold increase in coal ship movements across the Reef by the end of the decade would multiply the associated risks, which include grounding on coral and oil spillages. In 2010, both of these occurred during the same incident, when the bulk coal carrier Shen Neng 1 ran aground, leaving a 3km-long scar and causing damage to 0.4 square kilometres of reef. The subsequent oil leak was dispersed using the toxic dispersant, Corexit.

Port developments and proposals in the Reef’s area include:

Dark side of the boom

At Curtis Island near Gladstone, which adjoins the Marine Park, three vast coal-seam gas processing plants and export terminals are under construction. A fourth plant was recently rubber-stamped by the Queensland Government.

Roughly a quarter of the pristine island was declared an industrial zone and bulldozed flat, including the mangroves. In the largest project of its kind ever undertaken in Australia, 15 million tonnes of sea bed was dredged, of which about 4.4 million was dumped in the World Heritage Area, at the East Banks Spoil Ground.

Local commercial fishing businesses have ceased their activities due to the prevalence of fish diseases which, in the estimation of aquatic disease specialist, Dr Matt Landos, are most likely caused by the dredging. There have been major drops in the inshore dugong and dolphin populations, and testing of dead turtles has revealed elevated levels of copper, arsenic, aluminium and other heavy metals.

UNESCO is the international body that administers World Heritage Areas. Recently, it has been sending clear signals that it is unhappy with Australia’s management of the Reef.

In June 2012, a UNESCO report expressed “extreme concern” at the rapid port development along the Reef coast and warned against new developments with the capacity to affect the Reef before an assessment is completed. The Gladstone gas developments were singled out for special attention. Australia was given eight months to demonstrate substantial progress in its management of the Reef.

At a meeting one year later in Cambodia, UNESCO decided not to immediately classify the Reef as World Heritage in Danger, holding off a determination until 2014.

With the election of the conservative Abbott Government in September 2013, there has been a marked policy shift that favours the interests of the mining sector. Abbott has promised to “cut green tape” and wants to set up a “one-stop shop” for development approvals that is seen by the Greens as a fast-track for large and environmentally damaging projects.

Part of this plan involves handing approval powers for key environmental decisions back to the states. Queensland Premier Campbell Newman wasted no time in asking Abbott for approval powers, and negotiations on a handover have begun.

If ultimate responsibility for our national treasures had rested with state governments, Fraser Island would have been sand-mined in 1976 and the Franklin in Tasmania would have been dammed in 1983.

Newman is strongly pro-mining and pro-development, having already watered down environmental protection rules that relate to the Reef, and fast-tracked coal ports. With the Liberal National Party holding 78 out of 89 seats in the Queensland lower house, and with the state having abolished its upper house, there is no political avenue for challenging the government’s agenda.

On one side of the Reef debate are Australia’s largely foreign-owned mining industry and state and federal governments, sometimes abetted by a lack of media scrutiny into what is really happening there.

Opposition to environmentally damaging development in close proximity to the Reef is broader and more grassroots. Critics include UNESCO, prominent figures in the Australian scientific community, Greenpeace, Fight for the Reef (a partnership between the World Wildlife Fund and the Australian Marine Conservation Society), the progressive lobby group GetUp!, the tourism lobby and community groups.

In August, 2013, either 1000 or 3500 people, depending on which source you believe, marched for the Reef in Brisbane. Public opinion seems to be on their side: a poll held in the Capricornia electorate centred on Rockhampton found that three-quarters of those surveyed supported the banning of dredging spoil being dumped on the Reef.

Meanwhile, three American NGOs have sued the US Government-run Export-Import Bank over US$5 billion (AU$5.3 billion/NZ$6 billion) of loans to the Curtis Island gas facilities, on the basis of climate impacts and damage to marine ecosystems.

Say no to fossil fuels

In addition to lobbying government, the grassroots climate action group 350.org advocates “challenging power with power” and non-violent direct action is a likelihood down the track.

For years, campaigns targeting the proposed investors in large destructive projects have been remarkably successful. 350.org is spearheading a global movement of investment away from the fossil fuel sector and this has rapidly snowballed. Specially targeted are universities, local government, faith-based groups, banks and super funds.

What is at stake here includes beautiful natural places such as the Bimblebox Nature Refuge, the Great Barrier Reef itself and the world’s climate into the bargain.

To help protect the Great Barrier Reef you can:

Fight for the Reef, fightforthereef.org.au

Martin Oliver is a writer and researcher based in Lismore, northern NSW, Australia. 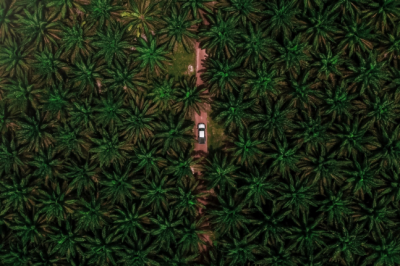 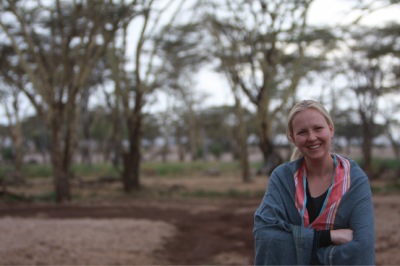