Beauty & the bees: a look into the many uses of honey 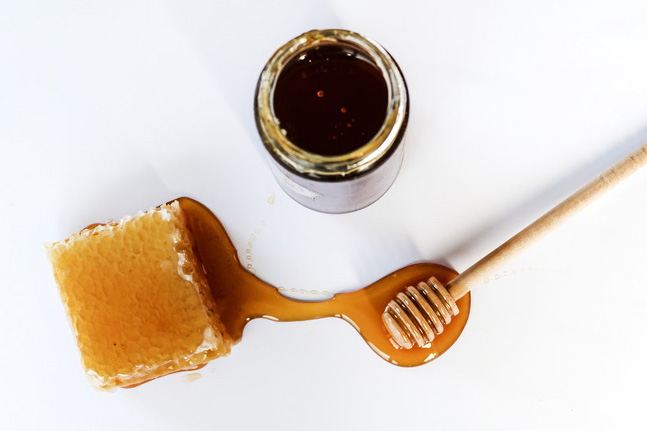 
Honey is a gift from nature; a symbol of the sweet symbiotic connection between bees and flowering plants. Mankind has extolled the virtues of honey for more than 5000 years. In ancient Spain cave paintings were found of people gathering honey, while in ancient China it was a medicinal remedy for many ailments.

It tastes great drizzled over desserts, soothes sore throats and sweetens tea. Honey has been used for centuries as a food and medicinal source, aiding in everything from hiccups to hepatitis. The humble honey bee has inspired poets, while tales of honey bees have woven their way into children’s books and the heart of folklore. It is said in ancient Egypt that when the sun god Ra cried, his tears turned into honey bees.

“[Honey] has the ability to draw impurities and toxins from the pores of the skin without stripping the natural oils.”

Honey is also a natural beauty product. Queen of the Nile Cleopatra is said to have bathed in milk and honey. Madame du Barry, a mistress of King Louis XV of France in the 1700s, used honey as a face mask to beautify her skin. In the Ming Dynasty it was said women combined honey with ground citrus seeds to keep their skin fresh and youthful.

Honey is a versatile, affordable organic product that has a diverse array of natural applications. As a beauty product in the 2st century, honey is found in moisturisers, soaps, lip balms, scrubs, masks, body lotions and more.

Most of the honey we enjoy is produced, of course, by the humble honey bee. It’s no wonder the honey bee has inspired the phrase “busy little bee” — these tiny insects are organised, meticulous and tireless. Worker honey bees carry almost their body weight in nectar, which is passed mouth to mouth from bee to bee, until its moisture content is reduced, which changes it to honey.

“[Honey] helps to tighten pores and it contains probiotics, making it a good treatment for acne.”

Depending on where it source, honey is basically made up of sugars, including fructose, glucose, sucrose and dextrin, as well as water and trace elements of magnesium, calcium, sulphur and potassium, among others, with minuscule amounts of B vitamins, plus vitamins C and E.

The buzz on bees

Bees are extraordinary creatures. Some live lives of servitude (female worker bees), while others live to mate with the queen (male drones) and then there’s the head hive honcho — the queen bee, who is fed a protein-rich extraction from the glands of those busy little worker bees. She grows to around one-and-a-half times the size of a worker bee and can lay up to 2000 eggs a day.

The honey bee isn’t native to Australia; the first came to our shores in 1822, from England. Australia has native bees, too, and, according to the Aussie Bee & Australian Native Bee Research Centre Australia, there are more than 1600 different species. The stingless varieties do produce honey — around 1kg a year per hive. The average Australian honey bee hive produces around 75kg of honey a year.

Honey as a beauty product

Honey has so many wonderful properties, it’s no wonder it has been a much-loved beauty product the world over for centuries. Naabi Methé, a naturopath from Common Garden Health, says honey is anti-microbial and among one of honey’s most notable attributes is its antibacterial qualities. “It has the ability to draw impurities and toxins from the pores of the skin without stripping the natural oils,” she says. For this reason, it can make a soothing and effective facial cleanser.

Honey is also a humectant: its unique makeup attracts moisture then traps it. Methé says it’s also mildly astringent, which offers additional benefits for the skin. “It helps to tighten pores and it contains probiotics, making it a good treatment for acne.”

Warm ½ teaspoon of honey between your fingers, then add some warm water and spread over your face. Leave on for 10–15 minutes before rinsing off. For sensitive skin, add a couple of spoonfuls of ground oats. For oilier skin, add ½ teaspoon of cinnamon — this helps to dry excess oil without stripping oil from your skin.

As with most things in life, the closer to nature a product is, the greater its benefit for good health and honey is no exception. Raw organic honey will also contain trace amounts of beeswax, royal jelly, propolis and pollen. In contrast, pasteurised honey is filtered and heated to extreme temperatures to kill off any yeast.

Naturopath Shevawn Becker says raw honey is by far a better option as a natural beauty product. “Processing uses extreme heat and ultra-filtration, which destroys almost 100 per cent of the valuable properties of honey,” she says.

Of course, given that raw honey isn’t heated to high temperatures, it will crystalise far more readily than pasteurised honey. Heat it gently in some warm water to remove the crystals and keep it pliable and runny.

Manuka honey has been popular since the 1990s and has earned a stellar reputation as a honey that’s also a powerful skin hydrator, along with its anti-microbial and anti-bacterial properties. It has been touted to cure all kinds of ailments, from sore throats to digestive illnesses and burns.

Manuka honey is produced by bees that collect the nectar from Leptospermum scoparium tree blossoms that contain methylglyoxal (MGO), an antibacterial compound. It does fetch a higher price tag than other varieties of honey, but if you can get your hands on it in its raw form, do so.

Beeswax, like honey, is a humectant, meaning it draws water into the skin and provides a protective barrier to lock in that moisture. Becker says it also has water-repellent properties, so if you are caught in a downpour and your makeup contains beeswax it might have a bit more staying power.

“Beeswax is often used in lip balm, providing a moisturising protective layer that stays on,” she says. “But did you know that beeswax can be used to make natural mascara, a healing salve for stretch marks, soothing sunscreen and non-toxic deodorants?”

Beeswax also can act as a thickening agent in other cosmetics. But that’s not all. It has other nutritional benefits for your skin. Methé says beeswax contains vitamin A, which is important for cell hydration and regeneration. “It’s anti-inflammatory, anti-microbial and is great for protecting against environmental toxins,” she says.

Have you ever wanted to make your own unique perfume? With Methé’s simple three-ingredient recipe, you can create a scent that’s as individual as you are.

Use a double boiler to melt the wax (eg stainless-steel bowl on top of a saucepan of water). Once the wax is melted, add the carrier oil, then the essential oil. Mix it all together and pour into a container and store in a cool, dry place. Dab a little on your pulse points.

Experiment with your oil blend first to see what appeals to you. Not sure where to start? Here are some suggestions:

Royal jelly is produced by worker bees and is made of proteins and sugars. It’s often called bee’s milk and is fed to the bee larvae. It’s rich in nutrients and can be ingested as a nutrient supplement; it’s also found in a range of skincare products.

Its internal benefits are well documented: studies have shown it can improve red blood cell production, glucose production and mental health. If you are susceptible to allergy and asthma, use it with caution, and if you are allergic to bee venom, avoid it.

Is the honey bee in peril?

Bees play a vital role in food production. Did you know around one-third of the food on your plate is a result of pollination from the humble honey bee?

In the past decade, many colonies of bees around the world have been in crisis. In the USA, Colony Collapse Disorder has decimated up to one-third of bee hives. It occurs when worker bees abandon the hive, leaving behind a few drones and a queen. No one knows why this occurs.

According to Trevor Weatherhead, director of The Australian Honey Bee Industry Council, Australian bee populations are not in decline. He is also quick to point out that Colony Collapse Disorder has occurred in the USA and nowhere else in the world.

Weatherhead says impacts of modern agricultural practices and our warming planet are still being investigated. “In Australia, climate change may be impacting on some trees flowering a bit earlier,” he says. “Research is still being done on whether the extra carbon dioxide will produce more or reduce the amount of nectar in flowers. There is no definitive answer there yet.”

Weatherhead says modern agricultural practices, however, have impacted on some bee colonies, according to some anecdotal evidence provided by bee keepers. “The issue tends to be misuse of chemicals — they aren’t being applied as per the label,” he says. The Australian Honey Bee Industry Council is in the process of re-education to avert any ongoing issues with bee populations.

Why keep native stingless bees? They help to pollinate your garden and connect you to nature. They won’t sting you, so they’re safe to observe up close, plus you’ll also reap the benefits of native “sugarbag” honey, with a yield of around 1kg a year per hive.

Hive boxes can be made from different materials, including timber, plastic and concrete, the most effective being pinewood. You can create your own or buy a pre-constructed hive. For more information on developing a native stingless bee colony, check out The Australian Native Bee Book, by Tim Heard.

Bring bees back into your garden by planting a range of flowering native plant species.

Start your day the right way with a simple honey and apple-cider tonic. “Your skin’s health is directly correlated to your internal environment,” says Methé. “Mix some honey, apple-cider vinegar and water to get your digestion going, improve eliminatory processes and make your skin glow with good health.”

Cleopatra was definitely onto something. Milk has exfoliating properties and the therapeutic softening properties of honey will nourish and rejuvenate your skin. Fill your bath with warm water and add 2 cups of milk and ½ cup of honey to the water, mixing it around. Light some candles. Pure heaven!

By herbalist Monika Ghent. Makes 16 lip balms and will keep for six months.

In a double boiler, melt the beeswax, cocoa butter, shea butter and chocolate. Then add olive oil and take off the heat. Add the vitamin E and then the peppermint oil. Stir well and put in jars immediately.

Reproduced from The Herbal Handbook for Home and Health, by Pip Waller. 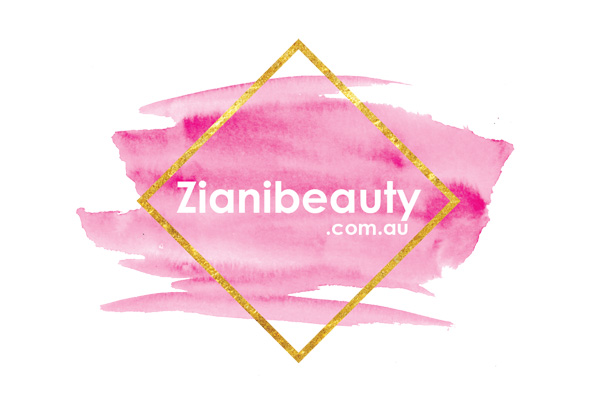 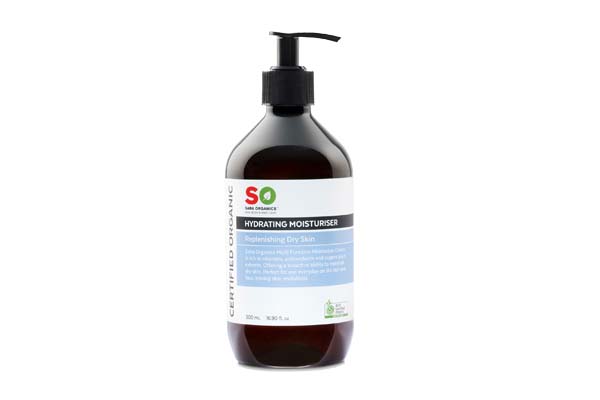