toxicity back to basics bruising

Ella came to us in a very distressed state, her lovely face and slim arms covered in plasters and bruises. Although past the first flush of youth, this lady remained seriously attractive.

It appeared that, while shopping in one of the town’s large stores, she had sustained a bad fall. One moment she was browsing shelves, upright and unconcerned, and the next minute woke to find herself battered and disoriented, surrounded by alarmed shop assistants and onlookers. For some unknown reason, Ella had simply blacked out and crashed onto an unforgiving concrete floor. An ambulance was called and she spent the next few days undergoing multiple tests, X-rays and screenings in hospital.

At first, a stroke or heart attack had been suspected. This proved not to be the case. There was also no sign of a brain tumour or other cerebral circulatory anomaly. Ella was discharged without a definite diagnosis and allowed to go home, though she continued to feel extremely unwell.

On examination, her urine was a troubling shade of brown and a check of her hospital test results showed an eGFR reading (a measure of how well kidneys filter waste products) of 62 (a healthy adult level being around 90 or greater. My immediate advice was to concentrate on a rehydration program while we waited for answers to a series of tests not conducted at the hospital.

At her return appointment, I handed her a sheaf of papers and watched as she read the information supplied. Gradually, her eyes narrowed and a furrow of concentration heralded the dawning of some recollection of significance.

Ella’s toxicity tests had revealed tissue contamination with a number of chemical compounds:

Of these, chloroethane, chlorobenzene and ethylene dichloride are known to damage the central nervous system and all the chemicals are toxic to both the liver and kidneys. Phenol triggers dizziness and fainting, so this noxious agent may well have contributed to Ella’s collapse.

“I think I may have the answer to explain the mystery,” she said with mounting excitement. It appeared that Ella and her husband had returned from a holiday at a well-known and popular island resort just before her black-out. Evidently, the area had been in the grip of a dengue fever epidemic.

Ella recalled that, during their stay, the resort had organised a picnic outing to an outlying reef atoll. She and her husband had decided to stay behind. Suddenly they became aware that they were becoming wet, although there wasn’t a cloud to be seen. Staff had decided to give the island a thorough spray with insecticide while all visitors were elsewhere. “They didn’t seem to realise that we hadn’t left with the picnic boat,” Ella recounted, “and we were saturated.” Needless to say, they ran indoors where they shampooed, showered and threw their clothes in the washing machine.

One of the great problems of all pesticides, insecticides and similar products is that concerning INERT ingredients. Look at any label on a pesticide product and you will see a list of “active” ingredients and then, typically, the phrase “inert ingredients” — usually with only a single percentage figure given and no listing of individual ingredients.

The “active” ingredients are chemicals used to control target pests. These must be identified on the label. So-called “inert” ingredients are used as carriers for the active ingredients, to help dissolve them, make them easier to apply or to preserve them. These do not have to be listed or identified.

Unfortunately, the term “inert” leads one to believe these components have no adverse health or environmental impact. Yet chemicals used as inerts include some of the most toxic and dangerous substances known. Many are carcinogens and have been linked to long-term health disorders, including damage to the nervous system, liver and kidneys as well as birth defects. They have also been linked to eye and skin problems, nausea, dizziness and respiratory incompetence.

Although the Environmental Protection Agency publishes a list of chemicals used as inerts, the list does not tell consumers which products contain these poisons. In addition, pesticide producers are not required to name inerts on labels. Inerts make up at least half and, often, most of a consumer pesticide product. Some ant and roach killers have up to 99.1 per cent inert content.

Manufacturers encourage the EPA to keep the identity of inert ingredients a secret to preserve “trade confidentiality”, though, ironically, many non-pesticide products, using the same chemicals found in inerts, are governed by various laws, regulations, standards and guidelines because of their potential toxicity.

Ella’s detoxifying protocols were aimed at stimulating biochemical pathways associated with the hypothalamic–pituitary–thyroid axis, together with a formula to remove petroleum distillates and hydrocarbon solvents from her tissues.

Within two days, Ella was feeling very much better. By the third day she was her usual energetic self, romping with her ponies and up to her knees in the vegie patch. She never looked back and has never had a recurrence of her black-out. However, I did note that, in her latest blood check, the eGFR reading had returned to normal.

Karin Cutter ran a naturopathic clinic in Port Macquarie, NSW, for many years.

How common chemicals affect the environment and your body

In a world where 80,000 chemicals are in use, some of these chemicals react to have unexpected effects on your...

10 questions that will improve your health

As consumers who care about the environment and personal comfort, the right answer to the issues isn't always clear-cut. 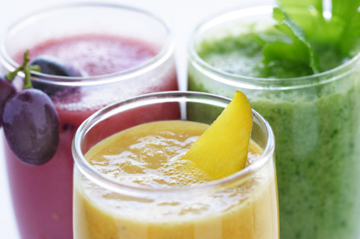 Detoxifying is a lifelong process and the steps outlined here can be a constant reference point for you as you...