Why some people get the common cold and others don't 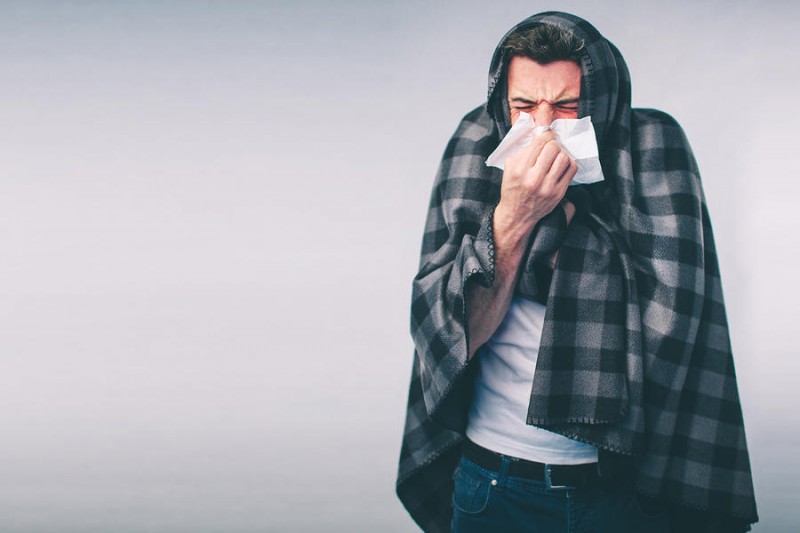 
The common cold is the world’s most widespread infectious disease. Many viruses can cause the symptoms associated with a cold, ranging from a sore throat, blocked nose to a cough. But the virus most commonly associated with the common cold is rhinovirus, which is the leading cause of the common cold, asthma attacks and other respiratory illnesses. You may have also noticed that some people are majorly affected by common cold symptoms while others are only mildly affected by them. Researchers from Yale University set out to discover why this occurs.

When there are two different stressors, there is a trade-off and the cells try to deal with the other kind of stressor at the cost of the rhinovirus infection

This finding suggests that there is a delicate balance between the body’s different defence mechanisms. Your airway lining protects against viruses but also other harmful substances that enter airways. When the cold virus enters the nose, cells that line the airways — known as epithelial cells — respond and often clear the virus before it can replicate and trigger symptoms. But when there are two different stressors, there is a trade-off according to the researchers, and the cells try to deal with the other kind of stressor at the cost of the rhinovirus infection.

The study also highlights a link between environmental exposure and the susceptibility to the common cold. The cells in the airway do very well when they are dealing with only one kind of stressor at a time, explaining why smokers are often more susceptible to the common cold.