Ever heard of the “the pilgrim’s flu”? We take a look 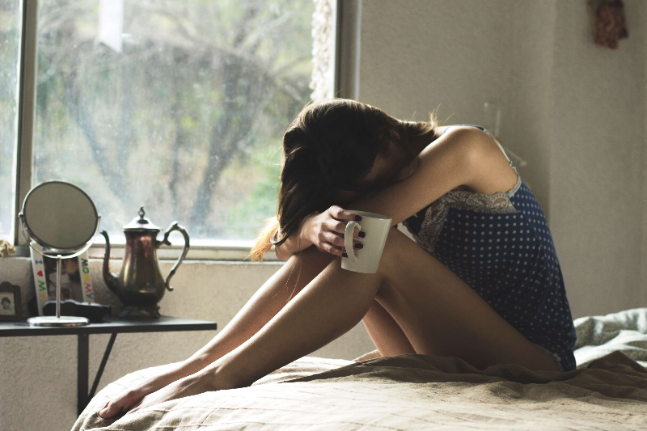 
Cough, cough, cough. She was so embarrassed when she couldn’t stop the persistent cough. At 65 and still running her own business, this woman had to chair a variety of meetings a week and was repeatedly having to leave the room because she couldn’t stop coughing. Not only had she had this non-productive cough for more than three years, but it was gradually getting worse — to the point where her doctor had prescribed her prednisone just to help her breathe. It all started with a bout of the “flu” three years ago that never really resolved.

She had been to her local doctor many times and had several courses of antibiotics, which made little difference. Since then, she has been prescribed (and is taking) Singulair, Symbicort and Bricanyl to help her breathe (although she does not feel she is asthmatic), along with a nasal spray to relieve the accompanying sinus problems. This condition was upsetting her so much that she had also been prescribed antidepressants, which she was taking twice a day. She was also taking medication to reduce her blood pressure and cholesterol levels.

With all this, she was also not sleeping well and occasionally taking a sleeping pill, along with magnesium, but despite the magnesium she was experiencing severe cramps quite regularly.

Her digestion was poor with reflux and heartburn along with frequent bouts of constipation that have been worse since taking the antibiotics.

She was very busy and not exercising at all, her energy was very low and her skin was “drying out”.

We ran a few blood tests and as I suspected she had an infection caused by a pathogenic organism called Mycoplasma pneumoniae. This has an interesting history. It’s common in Europe but was not so common in Australia until the Pope’s visit in 2008. Of the many pilgrims who followed the Pope to Australia, a number of them (unwittingly) brought a passenger: a respiratory infection caused by the pathogen Mycoplasma pneumoniae. The Sydney Morning Herald reported that over 139 people were diagnosed with this condition and were treated. Unfortunately, it liked our climate and, being contagious, every year there are increasing numbers of people diagnosed with it. In Australia, it was dubbed “the pilgrim’s flu”.

Unfortunately, if it’s not tested for, it’s not often detected. The most common symptom is an increasing problem with lack of energy and the persistent cough that nothing seems to fix. While mycoplasma can be treated successfully by specific antibiotics (although resistance to these is increasing), these are not necessarily the ones prescribed for respiratory infections.

Mycoplasma pneumonia is a contagious respiratory infection. The disease spreads easily through contact with respiratory fluids (largely by coughing). It causes regular epidemics, its most common symptom being a dry, persistent cough. Some people contract only a mild version and get over it quickly, while others are not so lucky and the infection can persist for long periods of time with increasing symptoms of debility — as was the case here.

After going over her options, this woman decided to go back to her doctor and discuss the situation with her. She was further tested and prescribed an antibiotic specifically to treat mycoplasma. She needed quick relief to maintain her working schedule. At the same time, we designed a herb and nutrient program to improve her immune system long term.

This program includes probiotics — initially Saccharomyces boulardii which survives prescription antibiotics better than most, helping maintain better bowel function. This was switched to a more general probiotic formula when the antibiotics were finished.

In this woman’s case, she has been interested in being healthy and her diet was quite good nutritionally, but mycoplasma are parasitic organisms and seriously deplete their host of a variety of nutrients (such as essential fatty acids and L-arginine), which must be replaced. Supplements included were cod liver oil (omega-3 fatty acids and vitamins A and D for lung repair) with zinc, N-acetyl cysteine and selenium. The protein content of her diet was increased with fish, eggs and legumes, nuts and seeds. Taking a protein-digesting enzyme after each meal assisted the digestion of these nutrients.

A herb mixture was prescribed to reduce inflammation and provide immune support, and directed specifically at eradicating mycoplasma infections. The formula consisted of cordyceps (medicinal mushrooms), baical scullcap, olive leaf and lomatium. For lung support, licorice and elecampagne root were added. To improve energy and immunity, Siberian ginseng, rhodiola and schisandra were used, along with elder flowers to clear the sinus inflammation.

She also swapped the sleeping pills for melatonin for sleep and this was successful.

After several weeks of this regime, her antibiotics finished, her cough had almost disappeared and she was advised to maintain the herbal and nutritional program for 6–12 months to ensure the mycoplasma had been effectively controlled. A long-term preventive program was initiated, taking olive leaf extract daily over the winter months as a preventive.