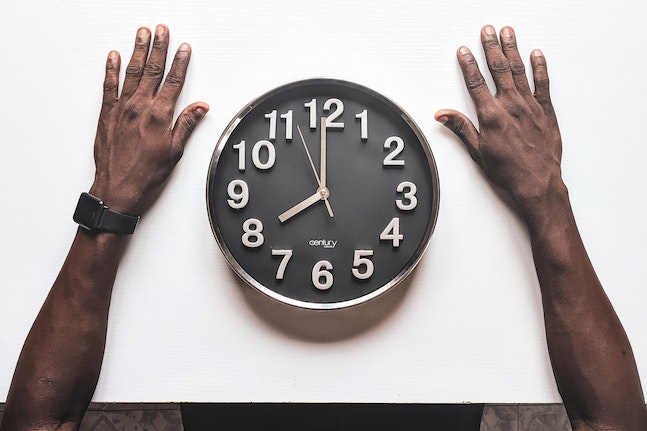 Fasting facts: the benefits of abstaining

Men are insatiably competitive, and by men I mean me. As I no longer engage in competitive sports I figure that ageing is the last frontier where I can assert my pre-eminence over any other man who dares to assert that he knows more than me about cocking a snoot at the powerful forces that suck the juices out of our ebbing hormones as the passing years race relentlessly into decades of endless physical and mental devastation. I’m thinking this has to be a testosterone thing as I’ve yet to engage in a joust with any women colleagues, and yet whenever I encounter a male associate who is also a lawyer in the lift to and from my office we inevitably resort to boosting the dimensions of our genitals when sabre rattling our latest endeavours to defeat ageing. His most recent efforts include holding his breath for longer than a minute, having cold showers and eating less one day a week, which was easily surpassed by my courageous devotion to fasting for two days a week, learning to play the piano again and also having cold showers. Not understanding the obvious cognitive benefits of piano playing and reluctant to relinquish his crown so easily to an equally ferocious ageing male combatant, I had to provide him with all the scientific evidence that fasting was indeed more beneficial than simply eating less. This is what I told him.

After abstaining from food for eight to 12 hours and not just consuming paltry amounts of less food, I explain to my now rather annoyed lawyer friend that we start using ketones as an energy source rather than glucose. These ketones are sourced from your fat cells, which means that dissolving fat to provide your body with fuel will inevitably lead to weight loss. But the most significant survival and longevity benefits are derived from all the highly advantageous biochemical pathways that are ignited once ketones start gushing into your cells.

Even when you aren’t fasting, these mental and physical advantages are preserved and enjoyed.

Your antioxidant defences become super-primed and you jettison metabolic garbage far more efficiently. You revitalise your cellular batteries that are becoming increasing dysfunctional as you age far more effectively. Repair of damaged DNA kicks into overdrive, and you go about healing and reconditioning your ailing cells in a gigantic spring-cleaning super-cleansing way, kind of like a detoxification process on steroids, so that you start to generate rejuvenated, healthy fresh cells ready to encounter the demands of daily living with rekindled vigour.

I utilised all of this science garnished with just a touch of flourish and literary hyperbole to maximally aggrandise my herculean efforts and to clearly demonstrate to my now wilting colleague how meagre his eating limitation regime was and how mine was so much more guaranteed to provide me with a health and survival edge.

Sensing that I had achieved that sublime sense of supreme masculine domination I then leaned in for the kill. Not only does this contribute to the prevention of heart disease, cancer and dementia, I explained to my reluctant listener, but these benefits carry over when you are eating, allowing you to become more stress-proof, resilient and disease-resistant. Even when you aren’t fasting, these mental and physical advantages are preserved and enjoyed. By losing fat which allows easier access to sugar or glucose, your primary fuel, your cells become more metabolically activated, reducing inflammation, another event that would protect your ageing heart and brain. Intermittent fasting in animal models has been shown to potentially prevent a number of debilitating and often age-related disorders, including obesity, diabetes, cardiovascular disease, cancers and neurodegenerative brain diseases.

The beauty of all this is that, as much as we love to eat, the ability to fast is conserved in our DNA. Before we became civilised by inventing foods that are impregnated with fat and sugar, seeding a seemingly bottomless desire to gorge ourselves into metabolic oblivion, we had to forage for foods that weren’t easily available. We had to endure long periods of starvation, which elicited the genetic survival mechanisms that made us more resilient and resistant to the development of diseases. As much as dealing with hunger is not easy, especially when we are surrounded by easily accessible delicious foods, it’s not that difficult to tap into resources that encourage you to resist.

I have to be honest and acknowledge that there are choices here. Either you have one or more days a week when you eat 500–700 calories less, or you observe a daily 18-hour window during which you eat nothing. Alternatively, you can fast for one or more days per week. Research suggests that the final option might provide the most substantial health benefits. Combine this with regular exercise, and the evidence indicates that this can provide a powerful blueprint for improving mental and physical performance and preventing age-related diseases.

I’m just hoping that having explained all of this to my elevator friend he does not find a way to go one better by extending his fasting period to 36 hours. That would really be deflating.