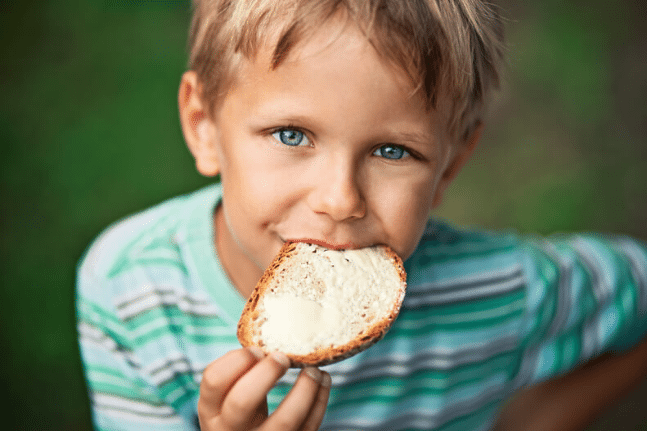 What’s the fuss with Gluten-free?

There has been a ground-swell of people promoting gluten-free diets recently online and in the social media. Some “experts” even claim a strong link between gluten and bloating, multiple sclerosis and even schizophrenia! As a holistic dentist we are often asked important questions such as what exactly is healthy eating? What exactly is the truth, and should we all be going “gluten-free”? Let’s separate the “wheat from the tares” and provide an appropriate understanding for you to make up your own mind on the subject.

What exactly is gluten-free?

In a hilarious encounter with the “eastern doctor”, a frustrated Debbie, played by Leslie Mann takes her sick daughter with recurrent ear infections for advice. The not-so impressed “This is 40” father, Pete, blurts out expletives when the doctor advises: “What we should do is easy and simple. No more dairy, no more wheat, no more sugar!” Let’s delve a little further into the “wheat” issue. All wheat contains some protein levels of gluten and gliaden. Gluten comes from the latin word meaning “glue”. Gluten’s content in flour, when mixed with water, gives bread elasticity and chewiness. For these reasons, it has become ubiquitous and placed into every conceivable food product on this planet. Pizza, pastas, and binding agents for meats, batters and a whole raft of fried foods!

It is wheat’s genetic modification and routine use of pesticides that should be of great concern.

Unfortunately, the wheat we know today began its gradual decline in quality way back in the 1870’s with the invention of the modern grain milling. In an effort to efficiently deliver wheat to every household, the “white flour” we received became devoid of the majority of proteins, vitamins and minerals it originally contained. In an earlier blog we discussed how a diet high in refined wheat and sugar can alter the way our face develops and promote allergies. Leading the 1950s wheat revolution to nobly “end world hunger”, biologist Norman Borlaug, spearheaded genetically modified high-yield wheat crops. This included the use of chemically-based fertilizers and pesticides for the farmers. Helping to feed the masses worldwide, this “new wheat” became both nutritionally depleted and possibly toxic at the same time.

If you are susceptible and lucky enough you may get “wheat symptoms” promoting you to take action. These symptoms include diarrhoea, nausea and abdominal pain. Unfortunately, the majority of people with gluten sensitivity experience no overt symptoms nor recognise the impact it is has on their bodies. At this point you may be thinking, “Thank God I don’t have coeliac disease!”

Gluten: More than a coeliac nightmare?

Coeliac disease occurs when our bodies react abnormally to the gluten found in wheat, barley, oats and rye. Sufferers mount an auto-immune disease causing destruction of the inner lining of the small intestine. This damaged lining prevents us from receiving any nutrition from our food and promotes further inflammation in other parts of our body. Severe malnutrition from this disorder can further lead to a whole raft of medical problems including osteoporosis, vitamin deficiencies, anaemia and depression .

According to Coeliac Australia, 1 in 70 Australians are affected by this disease but 80% remain undiagnosed. The only current “cure” is following a strict gluten free diet of the rest of your life. To the left is an illustration of the healthy small intestine wall. It are these villi that are destroyed when coeliacs consume gluten.

I recall a lady in her early forties, a few years back, who needed to have her entire oesaphagus removed due to cancer. When I remarked how young she was to suffer from this disease, she replied, “the doctors think I had coeliac disease all my life, and I didn’t know it!”

Various blood tests are available to detect antibodies against wheat-related proteins. Furthermore, an intestinal biopsy can determine if you have a gluten-based sensitivity or are a true coeliac sufferer. If you don’t suffer with either then shouldn’t it be fine to be consuming it without constraint?

Since the early 1950s, wheat varieties have been cultivated for a higher gluten content to make the fluffy white breads and cereals we are all familiar with. As mentioned previously, it is wheat’s genetic modification and routine use of pesticides that should be of greater concern.

A recent article published in March 2015 brought to attention a World Health Organisation report that found glyphosate (commonly known as “Roundup”), as probably causing cancer. Toxic to animals and harmful for the farmers who are exposed to it, the co-author of the report reassures us that people who simply consumed crops sprayed with this herbicide were safe.

Recently food manufacturers have been pushing to increase the amount of gluten allowed in “gluten-free” foods. This presents an unfortunate problem for the sufferers of digestive problems who rely on being gluten-free. The drive is mainly economic: They contend that by adding some gluten it reduces their food manufacturing costs and makes it easier to source overseas ingredients.

Gluten issues: Get behind the cause!

Given the perilous nature of modern wheat issues today, and the rise of gluten sensitivity it seems logical that our citizens should be getting the appropriate support from health authorities. If you think eating gluten free is exorbitantly pricey on your pocket, you are not alone! Italy, the home of pizza and pasta way back in 2005 passed a series of health measures, providing monthly subsidy to assist those with diagnosed gluten issues. This plus extra time each month to find and prepare your gluten-free food!

Other countries such as Canada, the US and the UK offer less supportive measures such as tax exemptions or entitlements. Given the reported rise of gluten-based health issues, it would do Australia proud to support its own citizens in a similar way that other nations have in the past decade. In summary, if you suspect you have a gluten-related issue or know family relatives with coeliac disease, it would be wise to get tested. Whether you choose to still consume gluten-containing foods and products is entirely your choice. Health advocate and author, Kris Carr said it best in her documentary “Hungry for Change”:

“It comes back to what you eat, what you drink and what you think … It’s not just what you’re eating, it’s also what’s eating you.” 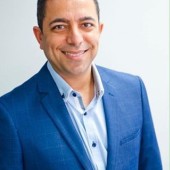 Dr Nader Malik is a cosmetic and integrative dentist whose core treatment philosophy is to make a visible difference to the lives of his patients so that they can be inspired to laugh, smile and share the same experience with others! As a whole-body dentist, he focuses on understanding and treating the strong links between the teeth and the rest of the body. He also enjoys working with medical doctors and allied health professionals to ensure the best outcomes for his patients. Dr Malik practises at Our Medical Dental in Penrith, NSW Australia. 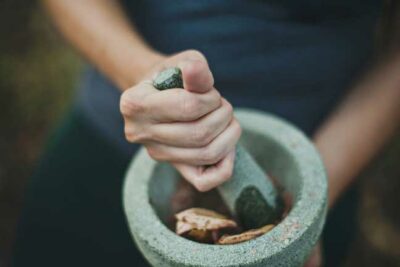 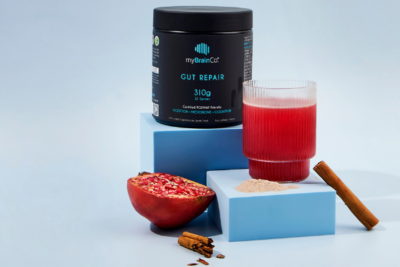 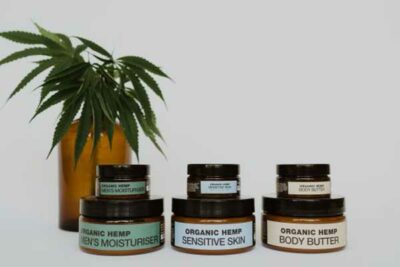 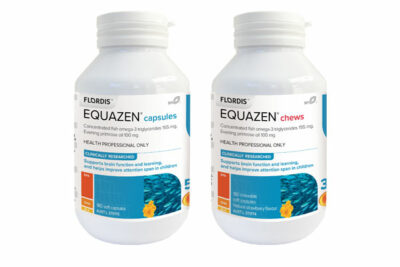 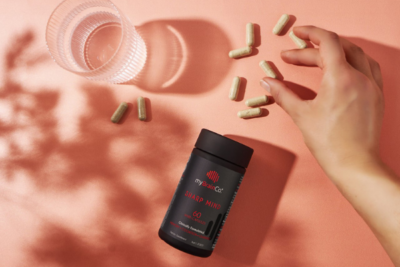 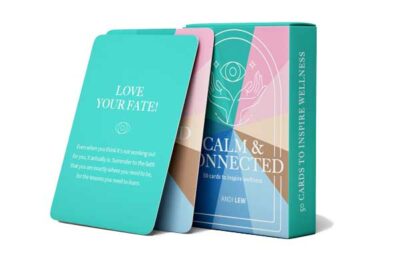 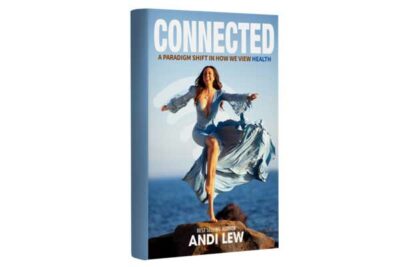 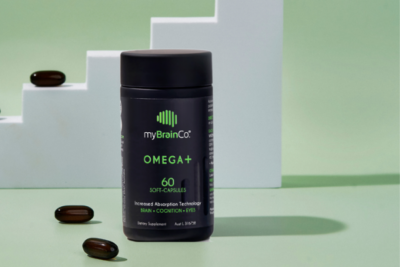 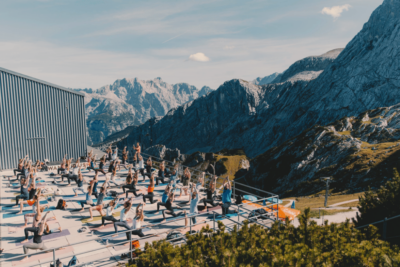 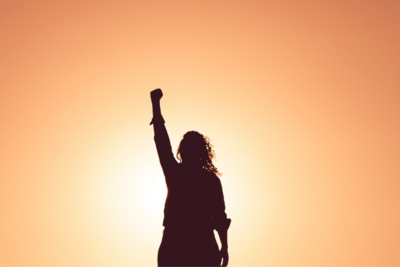 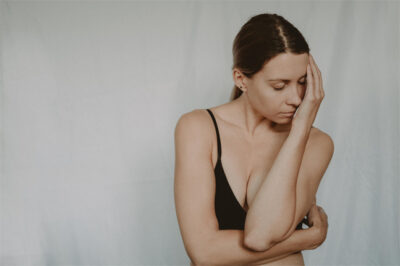