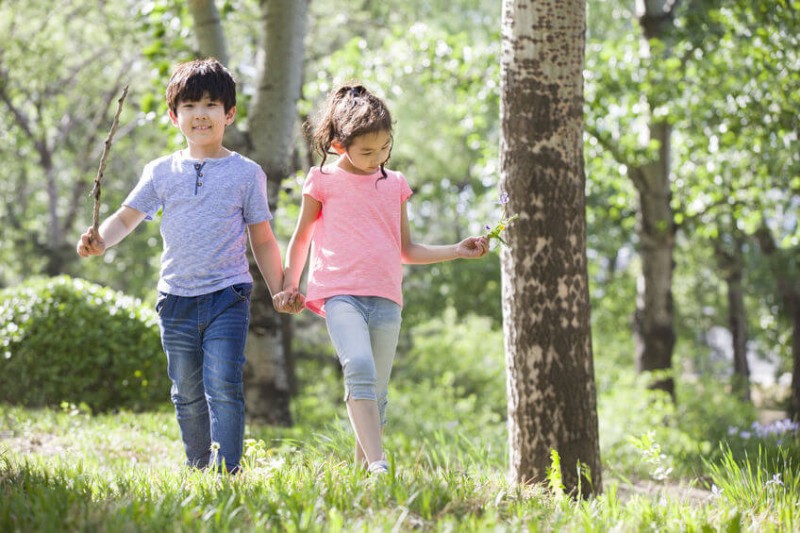 Why growing up in greener areas is good for children

Urbanization is rapidly increasing and it is said that by 2050 more than 65 percent of the world’s population will live in urban areas, away from green spaces.

Urban areas are characterised by non-natural features and lack greenspaces and access to natural environments.

We know that being able to spend time in our gardens and access parks and forests close to where we live is beneficial for us – physically, mentally and psychologically.

But what about schoolchildren?

They spend most of their time in school and some schools are surrounded by greenspaces while others are not.

The researchers found that early exposure to greenspaces in the life of the children led to positive structural changes in the brain.

A previous study called the BREATHE project involving 2593 school going children from the ages of 7 and 10 found that exposure to green spaces during the 12 month of the study, resulted in a greater increase in working memory and a greater reduction in inattentiveness than children who attended school with less surrounding green spaces.

According to the Biophilia hypothesis humans have an evolutionary bond to nature and that contact with nature, including green spaces, has a crucial role in brain development in children.

Scientists from the Barcelona Institute for Global Health, a centre supported by the “la Caixa” Foundation, in collaboration with the Hospital del Mar (Spain) and the UCLA Fielding School of Public Health went on to explore the viability of this hypothesis.

The study was conducted on a sub group from the BREATHE project and included 253 school children. Lifelong exposure to residential greenspaces from birth up to the end of the study was calculated using satellite-based information.

The brains of the children were scanned to ascertain changes in their brain anatomy using high resolution MRI images and attentiveness and working memory was evaluated through computerised tests.

The researchers found that early exposure to green spaces in the life of the children led to positive structural changes in the brain.

This study was the first of its kind to associate long term exposure to greenspaces and structural changes in the brain.

According to the results, long term exposure to green spaces resulted in larger volumes of white and grey matter in certain areas of the brain with a distinct overlapping in those areas of the brain responsible for higher scores in cognitive tests.

Exposure to greenery and nature has definite benefits for the brain as shown by this study and it adds to a growing body of evidence that early life exposure to greens spaces even in an urban setting has lasting effects on the brain, on health and our wellbeing.

The evidence is there for city planners to incorporate more green spaces and access to natural environment so that we can build urban areas that are sustainable and beneficial to the human race.

In the meantime, get your kids moving and spending more time exploring the outdoors.