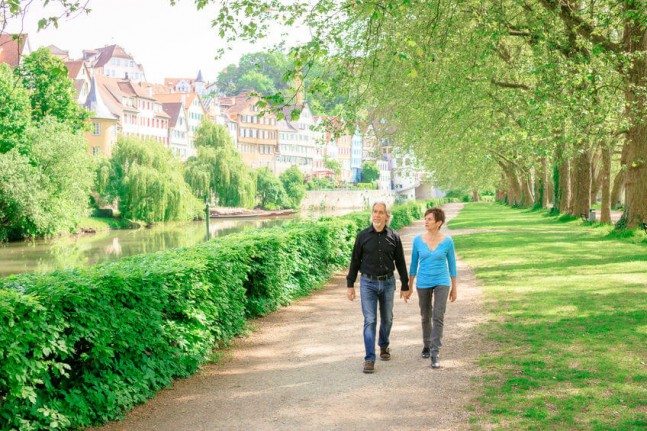 As the population gets older, the concern is for their health and wellbeing and how they will cope with the already rapid urbanization in which they  live.

Mobility in an urban environment is a very important factor as it affects independence and social interactivity of the ageing population, both vital aspects for health and wellbeing.

Urban green spaces are important and play a supportive role for older adults who are affected by stress induced due to increased urbanization.

This new study explores the responses of older people to mobility in an urban environment and how it affects mood, health and wellbeing.
The aim of the project was to understand how older people experience different urban environments using a mixed methods approach – electroencephalography (EEG), self-reported measures, and interviews.

For this study, researchers from the Universities of York and Edinburgh, recruited eight volunteers aged 65 and over from a wider sample of 95 people. The volunteers wore mobile EEG head-sets to record their brain activity and a data acquisition computer in a backpack.

The participants were given a route to go through during their walk which took them between busy and green urban spaces. They were instructed to walk at their pace, followed by a research assistant who made field notes and recorded any unusual activity or events and was also present for health and safety purposes.

After completing their walk the volunteers were asked about their experience of the walk – impressions of the environment as a place to walk, their familiarity with the area and how they felt during the walk.

Data was also recorded regarding how often they walk alone.

During the walk, a GPS recorder tracked the timing of the walk and a smartphone app called Fieldworker recorded any events during the walk such as asking someone for directions.

The study found that the participants experienced beneficial effects during their walk through urban green spaces and called it calming and quieter.

Analysis of the data collected revealed interpretable differences between urban green and urban busy conditions which were further supported by participant’s responses from their interview after the walk. This further suggested the beneficial effect of walking through green spaces.

The interviews further revealed positive emotional responses during the walk through green areas, whilst there was increased awareness of and sensitivity to urban areas, potentially causing stress amongst the older participants.

This study shows that urban green space is important and plays a supportive role for older adults who are affected by stress induced due to urbanization.

Waking through urban built up areas and urban green areas trigger different levels of reactions in the brain ranging from excitement, engagement and frustration.

The evidence this study provides has important implications for policies relating to urban planning and for architects, planners and health care professionals when dealing with an ageing population.

To ensure the health and wellbeing of our ageing elders, green spaces are vital not only reduce pollution and promote a healthy climate situation but is important for living longer and making it a positive experience for them.