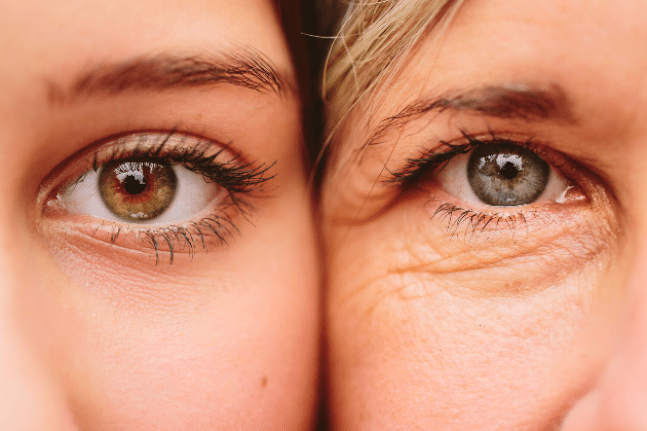 Have we found the magic anti-ageing bullet?

Imagine if a simple gesture like swallowing a pill could reverse ageing, prevent cancer and replace exercise. Throw in the ability to mimic the effects of eating less food without depriving yourself of even the tiniest morsel of Heston’s latest sugar-laden, fat-impregnated culinary delight and the weight-loss industry would be frantically searching for their next recidivist celebrity.

Enter resveratrol, touted as the miracle molecule with the ability to do all of the above and a whole lot more.

Every scientific article that features resveratrol — and there are now close to 7000 — commences by listing the myriad benefits of this nutrient, derived from the skin of red grapes, including its capacity to neutralise free radicals, boost antioxidant defences, diminish inflammation and eliminate cancer cells. As a result of this unique combination of talents and research performed on animals and cells in test tubes, experts suggest that resveratrol has the potential to not only prevent Alzheimer’s dementia, heart disease and cancer but to also treat these diseases once they have taken hold. Lower forms of life like yeasts and worms as well as mice fed a diet high in fats live longer when treated with resveratrol, suggesting it might provide a similar anti-ageing advantage for us.

The “French Paradox” is an oft quoted cliché that attempts to explain how the adverse effects of smoking and a diet rich in fats can be mitigated by drinking red wine, a rich source of resveratrol. The citizens of that country would also be delighted to know that older adults who consume red wine (up to three glasses a day) on a regular basis have a reduced (up to 50 per cent) risk of developing Alzheimer’s disease as well as macular degeneration, the primary cause of blindness in the ageing population.

The problem with regular alcohol consumption is it’s also associated with breast cancer, aggressive prostate cancer and osteoporosis. Aside from the skin of red grapes, resveratrol is also found in berries and nuts. Unfortunately, the research carried out on cell cultures and laboratory animals indicates we humans need much more resveratrol than we can source from the diet if we are going to reap all the purported benefits of this wonder nutrient. Resveratrol might be able to help rats live longer and healthier, but what does the research say it does for us higher forms of life? This is where the waters become a little choppy.

Inside every cell of your body reside tiny energisers called mitochondria, or cellular batteries. As you age, mitochondria become increasingly worn and dysfunctional, making it more difficult to provide the vital energy your cells need to operate. Anti-ageing experts speculate that this might be one of the major reasons we age. Rejuvenate mitochondria and we would be able to continue functioning almost indefinitely, turning ageing on its head.

Exercise is known to make our cells more efficient and increasingly powerful.

Provisional research on rats has revealed that resveratrol can ignite the very chemicals that reinvigorate mitochondria, effectively restoring their youthful mojo. All that remains is to assess whether this formula works for us.

The ideal place to start would be to examine the effects of resveratrol on an ageing population whose mitochondria have already begun to splutter. Exercise, including aerobic training and weight lifting, is known to make our cells more efficient and increasingly powerful. The challenge lies in regularly committing to an activity that is hardly enjoyable, demands a considerable effort and has rewards that aren’t immediately realised. Popping a pill that achieves the same result might be far more palatable.

Researchers decided to have a bet both ways. They took a group of sedentary ageing males, put them through eight weeks of high-intensity training and gave half of them 250mg of resveratrol, while the other group received a placebo. You’d expect that adding resveratrol would at least add to the exercise benefits. The results were just the opposite. Resveratrol supplementation reduced the positive effect of exercise training on blood pressure, cholesterol and maximal oxygen uptake, an indicator of how efficiently cells are functioning. Instead of increasing a chemical generated by exercise that opened up blood vessels, resveratrol lessened its production.

Needless to say, this unleashed a torrential riposte from those who’d already conferred sainthood on the wonder potion that is resveratrol. They claimed the dose of resveratrol was too miserly, much less than that which made rodents morph into super-athletes. So researchers repeated the experiment, this time on males in their early 20s, and they went one step further, doing a muscle biopsy to establish what effect resveratrol had on the molecules that can make mitochondria younger. The result was once again distressingly unreassuring. While exercise turned these substances on, taking resveratrol blunted the effect. Resveratrol also abrogated the gains in muscle strength generated by weight training.

If resveratrol does such wonders for lower forms of life, why does research suggest it might not be working for us? This may have a lot to do with the fact that only recently have we started to explore how resveratrol affects humans. When it comes to preventing heart disease, treating obesity, warding off Alzheimer’s, nuking cancer cells or extending the lifespan of humans, the science of resveratrol has only just got off the starting blocks. What really worries me is whether the 750mg I’m taking daily will prevent me from moving like Jagger or looking like Arnie.