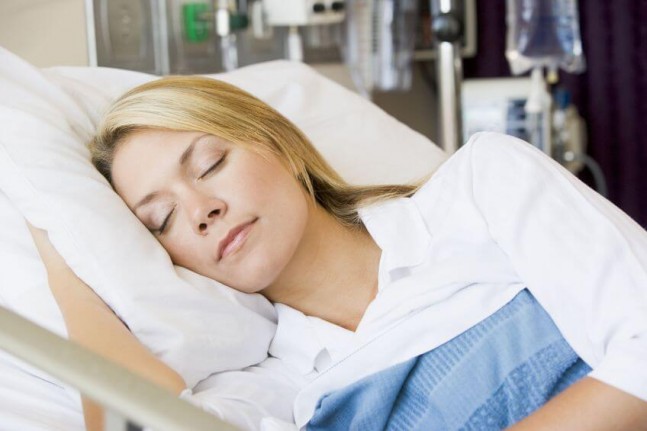 Good sleep plays such as important role for our health and wellbeing and it’s even more important for post-operative pain management.

The relationship between sleep and pain is reciprocal and while scientists are aware of this, they are still unclear about the underlying mechanisms that produce this effect.

To understand this, scientists from the Department of Anaesthesiology at Michigan Medicine conducted studies using a rat model to examine whether brief total sleep deprivation prior to surgery worsens postoperative pain and thus increases recovery time.

The scientists believe that caffeine prevents the increase in pain sensitivity by blocking part of the neurochemical changes which take place due to sleep deprivation in specific regions of the brain which control sleep and wakefulness.

At the same time they wanted to investigate the interventions and treatment methods that could minimise the effect of sleep loss on the severity of pain experiences after surgery.

Adenosine is responsible for inducing sleep and the researchers decided to use coffee to block the actions of adenosine in the brain.

Coffee and other such beverages, which contain caffeine, have this effect on adenosine and is the reason why we feel more awake after drinking coffee.

Since insufficient sleep enhances pain, the scientists reasoned that caffeine might be useful for reversing the increase in pain caused by sleep loss.

The scientists found that extended wakefulness prior to surgery significantly increased the levels and duration of postoperative pain and extended recovery time. However caffeine seemed to mitigate this effect.

However the data shows that this was not due to the analgesic properties of caffeine.

Microinjection of the adenosine A2A receptor antagonist ZM 241385 virtually eliminated the increase in the levels and duration of pain sensitivity after surgery by pharmacologically blocking the action of adenosine in a brain region in the anterior hypothalamus known to regulate sleep – and is connected to major pain-related areas.

The data showed that even brief sleep disturbance before surgery worsens postoperative pain and is consistent with the hypothesis that adenosine receptors contribute to regulate these sleep pain interactions.

Caffeine was only effective in those rats that experienced sleep deprivation prior to surgery.

The scientists believe that caffeine prevents the increase in pain sensitivity by blocking part of the neurochemical changes which take place due to sleep deprivation in specific regions of the brain which control sleep and wakefulness.

The scientists are now embarking on testing the effectiveness of caffeine in reducing pain in surgical patients and this study certainly suggests a new intervention method which has significant potential to improve postoperative pain outcomes.

Seems like if you cant get sleep before surgery, coffee might just do the trick and help you with your pain after – although check with your doctor first.