Would you like a cuppa love? We chat with two passionate tea farmers 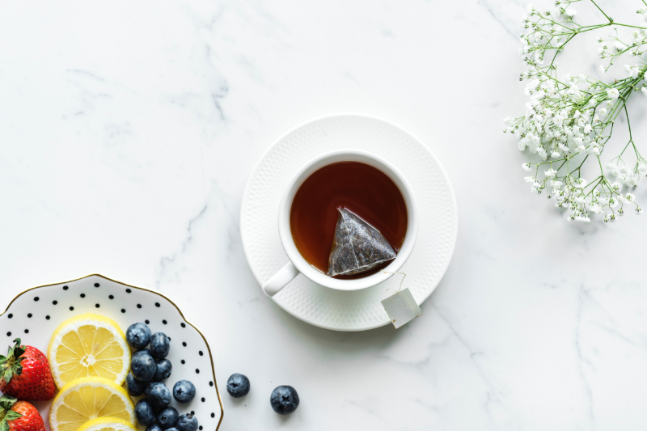 
Not much can compete with a freshly brewed cup of tea. It seems simple: boil the kettle and add a tea bag or scoop of tea leaves (if you’re feeling fancy) to a cup of hot water and let it brew. Maybe splash in some milk, maybe some honey. Not much else to it, right? Wrong, as we’re about to find out. Tea growing and making is an art form. It takes a lot of skill and mastery to harvest and blend the perfect cup of tea. We don’t often tip our hat to those who work hard behind the scenes, but when you’re enjoying that much-needed moment of stillness in the afternoon, you can thank tea farmers like Will Leckey and Ron Ford. It’s their deep respect and care for the tea plant, Camellia sinensis, as well as their passion for the environment, that you can taste in your tea.

It’s one o’clock in the morning and Will Leckey, a green tea farmer from northeast Victoria, has just started work. “I make sure the sprinklers and pumps are working to help protect the tea from frost. I roll a swag out. It sounds crazy but I can be half asleep and hear what’s going on,” he says.

His tea farm, Two Rivers Green Tea, sits right where the Acheron Valley meets the Goulburn River, on the same latitude line as Japan. Leckey shares, “In the mid-90s, a Japanese tea-growing company discovered that this area grew high-quality tea.”

When the local shire asked for interested growers, Leckey and his wife Georgie put their names down. In 2000, they signed a contract to grow tea for the Japanese company and now have 12 hectares of tea across 400ha of farmland.

It takes a lot of skill and mastery to grow, harvest and blend the perfect cup of tea.

Good soil structure is very important for tea growing and the fertile silt sitting at the Acheron Valley makes it a prime location. “Silt from millions of years has deposited beautiful top soil all over these flats,” says Leckey. “Underneath the soil is a decent layer of gravel, making the area well-drained. This, along with our cold winter, provides great conditions for growing tea.”

To grow high-quality tea, it’s important that the plant goes into dormancy during winter to allow for nutrients to build up in the tea roots and branches. The Acheron Valley, where Two Rivers Green Tea is located, experiences very cool nights, which is favourable for tea growing — once the temperature reaches over 38°C, tea stops growing.

As well as good soil, timing is also critical in tea growing. “The tea comes out of dormancy in spring and we start harvesting then, continuing all through summer and then into autumn, although we don’t harvest the late autumn growth. Then the tea sleeps through winter and we trim the leaves off before the following spring,” Leckey explains.

“The first flush of tea is known as the premium pick. Depending on the year and conditions, the second pick is not preferred, but the third harvest in late summer/early autumn is again of high quality,” he says, going on to explain that the more even the tea is when it’s harvested, the better the quality. Leckey utilises a Japanese tea harvester, which aims to replicate the way Japanese tea growers have hand-harvested tea for centuries. Tea leaves need to grow at the same time so they can be harvested evenly. The more even the leaves, the better the quality of tea.

Depending on the year and conditions, Two Rivers Green Tea grows approximately 50–70 tonnes of ready-to-drink green tea each season. At present, Leckey doesn’t have a processing factory on his farm. Due to their Japanese contract, they send 95 per cent of their tea to Japan, where it gets processed and then shipped all over the world.

A million cups a day

A tea estate that does grow and process their own tea, here on Australian shores, is Madura. Located in the northern New South Wales hinterland, just north of Byron Bay, Madura is Australia’s only locally owned tea growing estate.

The tea estate was first founded by tea farmer Michael Grant-Cook and his wife, Norma, in 1978. Grant-Cook was raised in Sri Lanka and, after many years in the tea industry, he and his family decided to start their own tea growing estate in Australia in 1978.

In 1992, Grant-Cook sold the tea estate to Ron Ford. Ford previously practised as an accountant in Sydney, before he moved his family north and, with his accounting partner, bought the estate.

“We produce a million cups of tea a day, which is 5 per cent of the retail sales in Australia,” says Ford. “That doesn’t sound like much, but when you think that one in 20 cups of tea come from this estate, run by two accountants who everybody said would fail, it’s huge.” At present, they have around 250,000 tea plants over 20 acres.

Unlike Two Rivers Green Tea, Madura processes their tea, and they blend other teas from all around the world. “The nature of tea changes every time you harvest, making it difficult to have the same tasting tea,” Ford says. “No single estate can use their own tea and expect it to always taste the same. To have a consistent flavour to the tea, you have to blend it.”

Madura buys teas at the peak of the season from tea brokers/technicians in Sri Lanka, Papa New Guinea, India and Vietnam. Before the tea arrives at Madura it’s thoroughly tested for herbicides, pesticides and bacteria.

“Our tea technician will take a sample of all the peak teas, along with our plantation tea, and make separate cups of tea. After he has tested them all, he decides which ones he is going to put together. For example, if he’s making English Breakfast tea, he might blend Madura black tea with two black teas from overseas to add flavour. Next week, it might be our black tea with four or five blends to get the same taste,” Ford shares.

Conscious of being environmentally responsible, both farmers are and continually working to reduce their carbon footprints. Madura tea estate is a carbon sink, a natural reservoir that accumulates and stores carbon. They have 408 solar panels on the roof of the factory supplying half of their electricity consumption, and have enough to share. “We leave the solar running on weekends and public holidays so it continues to feed electricity back into the grid,” Ford says.

As for challenges, both farmers are grateful to be growing a long-lasting and robust product. “It’s a fantastic crop to grow. It’s perennial and with the right care it can live for over 100 years. It’s very resistant to pests and diseases, so we don’t need sprays at all. Due to the way we grow the tea close together in the crop, it naturally shades out any weeds, so we don’t have to spray for those, either,” Leckey says.

Similarly, Ford’s tea crops have no natural predators, as horses, cows and sheep don’t eat the tea. No pests, moulds or mildews attack the tea, either.

One challenge they do face, though, is frost. “Frost is a big concern, but we have a great way of protecting the crops with sprinklers, which is why I’m down there every morning making sure it’s working correctly. The frost season, from mid-September through to our first harvest, is a high-stress part of the year as the shoots are very frost-tender,” Leckey says.

“The plant cells in the tea leaves and branches contain a lot of liquid. These cell walls are very thin, so in a frost event, the liquid can freeze then expand and break the cell wall, killing the cell,” he explains. Thankfully, the frost-affected leaves and branches can be trimmed so the below shoots keep growing. The problem is, though, that frost never affects the plant evenly, which is critical during harvest.

In the process of getting his tea farming techniques right, Leckey says, they lost a lot of plants. But when asked about his proudest moment, he says, “Realising this (tea growing) was no longer an experiment or a risky thing. It was knowing that we can do this for real.” 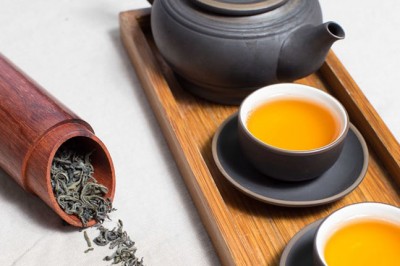 How to use different teas for natural beauty and abundant health

From green to ginger, mint to matcha, black to blueberry, there’s an abundance of teas to tempt anyone’s taste buds.... 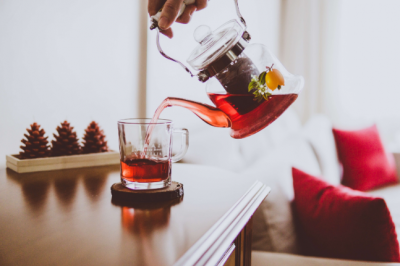 Research shows that Australians drink more coffee than tea. Are you missing out on the health benefits of tea?

Put on the kettle, pour a cuppa and enjoy all the health-boosting benefits of tea. 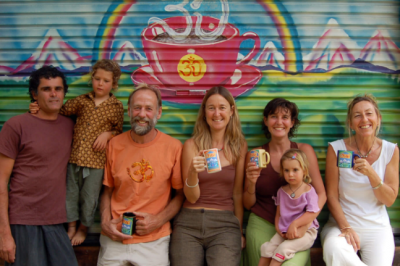 A Q&A with Avi Ronen, one of the directors of Chai Tea

We chat to Avi Ronen, one of the directors of Chai Tea, and discover his tips for making the perfect... 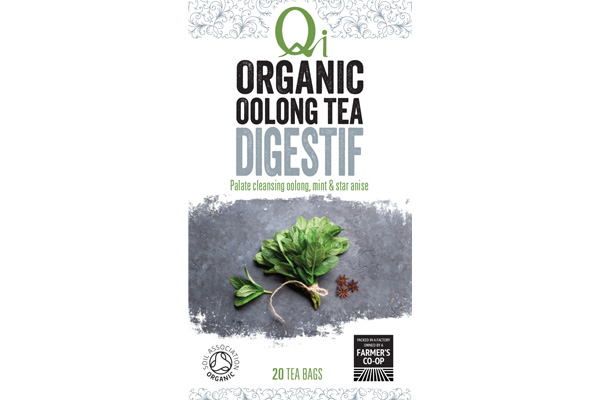 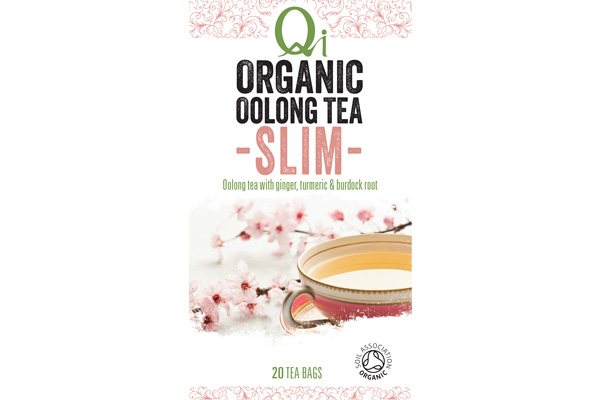