6 reasons why seafood is so good for you 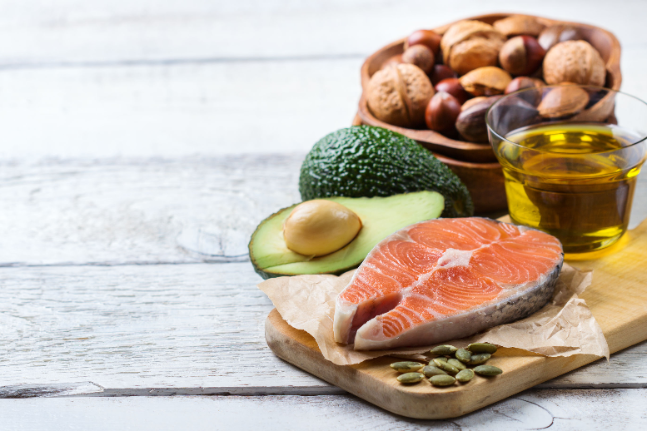 
Fish and other seafood varieties have been a major food source for many species that inhabit this planet, including humans, for millennia. Fish are probably the most diverse group of vertebrates with over 32,000 species being described, not including shellfish. Not all, however, are eaten by humans. The term “fish” can also include molluscs and crustaceans and, interestingly, there is no distinction in English between the animal and the food, unlike pig (pork), cow (beef) and so on.

Fish and other seafood are excellent sources of high-quality protein and a range of vitamins and minerals such as iodine, zinc, vitamin D and the omega-3 essential fatty acids. From a health perspective, deep-sea oily fish have higher levels of the important nutrients.

The long-chain omega-3 fatty acids (mainly from fish) have received considerable attention in scientific research and have been shown to be critically important, especially for heart and brain health. Fatty fish such as sardines, mackerel, herring, tuna, wild salmon and trout are the highest sources. These fatty fish are also higher in vital fat-soluble nutrients such as vitamin D and are possibly our major food source of this nutrient.

Eating seafood regularly supports the health of the cardiovascular system and reduces the risk of heart attacks and strokes. Large research studies support this view. Omega-3 fatty acids may reduce the risk of cardiovascular disease by reducing arrhythmias, excess clotting and platelet stickiness, lowering triglycerides, reducing the growth of atherosclerotic plaques, and by being anti-inflammatory, mildly hypotensive and promoting arterial wall relaxation.

Omega-3 fatty acids exhibit multiple health benefits in the brain. Research has shown they reduce depression and have positive regulatory activity in bipolar disorder and schizophrenia. They improve cognitive function at all ages, from babies to the elderly. Eating fatty fish also reduces the incidence of neurological diseases such as multiple sclerosis.

Essential fatty acids are critical for skin health. A major deficiency sign is dry skin, so fish oils are used to repair dry inflammatory skin disease such as dermatitis, eczema and psoriasis.

Omega-3 fatty acids also have a role to play in reducing inflammation in lung conditions such as asthma. There is a genetic condition — atopic eczema and asthma — that is specifically a fatty acid deficiency.

Fish flesh is a source of high-quality protein (with similar levels to meat) along with the specific nutrients used to produce thyroid hormone: iodine and zinc.

Despite the amazing benefits of seafood for improving human health, there are also some challenges, which can be minimised by making wise choices when using fish as food.

Many people are allergic to fish and particularly shellfish. In extremely sensitive individuals, it can trigger an anaphylactic reaction. In these cases, fish and shellfish are best avoided.

Fish can accumulate toxins from their diets of algae (biotoxins are defensive substances against predators). Fish such as the puffer fish fugu and some types of shellfish have biotoxins that can result in severe poisoning (chemical is tetrodotoxin). In Japan, eating fugu is a very expensive delicacy and only specially licensed chefs can prepare it.

Eating fish regularly supports the health of the cardiovascular system and reduces the risk of heart attacks and strokes.

Ciguatera poisoning (a neurotoxin) can occur if eating large fish from warm tropical waters. The fish eat algae that bloom on dead coral and it concentrates up the food chain into the larger fish — and with environmental damage the problem is spreading. Pomegranate (and other herbs) may help.

Scombroid poisoning can result from eating large oily fish that have not been refrigerated or frozen correctly. This poison is odourless and tasteless. The most common toxins causing poisoning — ciguatera and scombroid — are heat resistant and conventional cooking methods don’t eliminate them.

Fish have been shown to accumulate varying amounts of mercury in forms that can be toxic. Large fish are more likely to be problematic: tuna, swordfish and shark, also tilefish, grouper, king mackerel and orange roughy. The FDA in the US recommends avoiding these fish and only eating two meals a week of fish with lower levels.

Fish caught in polluted waters can also accumulate toxic fat-soluble pollutants such as PCBs dioxins. In Australia and New Zealand our sea waters are generally less contaminated and fish are safer if caught away from cities. Parasites are common (more common in fresh-water fish from South East Asia) and can be a problem when eating raw fish but are eliminated by cooking.

While there are environmental and contamination issues with eating fish, if chosen carefully their nutrient density is too important to ignore. The ideal dose is considered to be a fish meal (preferably not fried) 2–3 times a week. Small, deep-sea, cold-water, fatty, wild-caught fish are the most nutritious and the safest choices.