Here's another reason to eat your broccoli 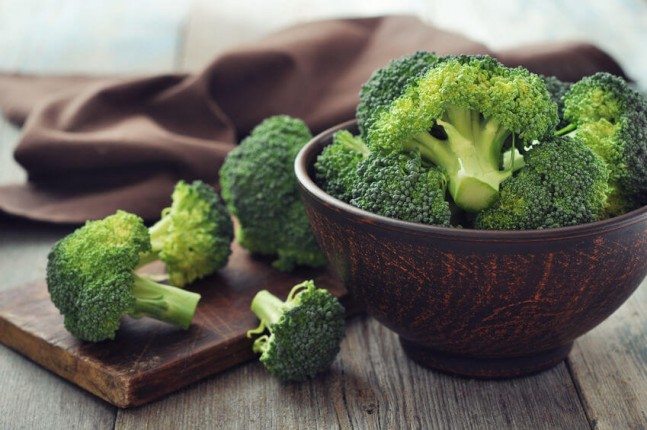 
You hate or you love it. Broccoli mostly evokes that kind of reaction from people. Widely used in meals and can be consumed steamed, stir-fried and even grilled, Broccoli has earned its reputation has a healthy super food and yet the slightly bitter taste of the cruciferous vegetable remains a subject for debate.

Researchers found that a dietary compound from broccoli called sulforaphane (SFN) which is known to help prevent prostate cancer, may work through its influence on long non coding-RNAs (lncRNAs).

But like it or not, Broccoli is very healthy and good for our body in so many ways.

Researchers have now found another healthy aspect of broccoli which is significant for those who suffer from cancer.

They found that a dietary compound from broccoli called sulforaphane (SFN) which is known to help prevent prostate cancer, may work through its influence on long non coding-RNAs (lncRNAs).

lncRNAs have been thought to be some kind of “junk DNA” with no real function or value but they have been found to play a critical role when they become dysregulated in triggering cancer development and progressions causing cells to become malignant and spread.

Chemotherapy drugs affect healthy cells and come with many undesired side effects but the control of lncRNAs may offer a new way to specifically prevent or slow the progression of cancerous cells.

The researchers tested the impact of SFN on cancer related lncRNAs and found that one lncRNA called LINC01116 is upregulated in a human cell line of prostate cancer but can be decreased by treatment with SFN.

The study showed that treatment with SFN could normalize the levels of IncRNA and they identified a four-fold decrease in the ability of prostate cancer cells to form colonies when LINCO1116 was disrupted.

This is obviously of great interest to the scientists, that this dietary compound found at the highest level in broccoli can affect IncRNAs. This is likely to open doors to investigate new treatment and prevention methods to slow the progress of cancer through diet, food or drug and keep it from becoming invasive to the body.

The researchers also noted that an increased consumption of cruciferous vegetables like broccoli which are high in SFN has been associated with a lower risk of developing prostate cancer in other studies.

Other studies have noted that IncRNA is also over expressed in other types of cancer such as brain, lung and colon and found in high levels in breast, stomach, lung, prostate cancer and chronic leukaemia.

Based on the study, researchers concluded that SFN from diet can influence the expression of IncRNAs and may suggest a novel mechanism by which SFN can prevent and suppress prostate cancer.

With this researchers have discovered another reason why broccoli is good for your health whether you like the taste of it or not.

Source: The Journal of Nutritional Biochemistry