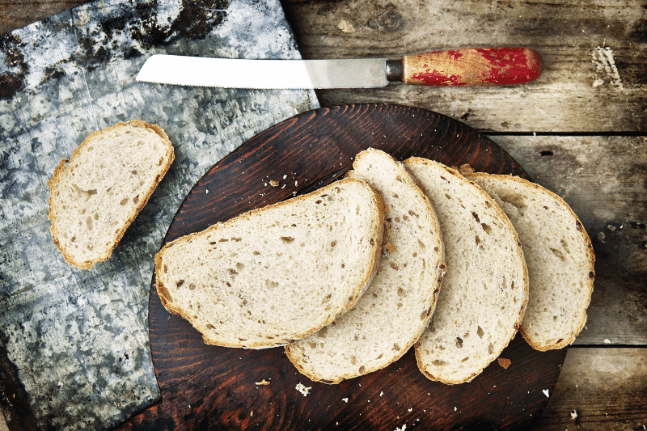 Is gluten our biggest threat?

The claim that gluten, a substance with no nutritional value that we can’t even digest, is our principal nemesis sounds like something plucked out of a conspiracy manual; like a plot to achieve world domination by addling our brains with a neurotoxin. It might, however, harbour some truth.

It’s not just coeliacs who need to delete gluten — found in wheat, rye, barley and usually oats — from their diets. People with non-coeliac gluten sensitivity, a demographic whose ranks are swelling like a tidal wave, are a whole new category of sufferers crippled by a substance that has wended its way into our food supply.

You don’t need a bowel biopsy or even a positive blood test to become a member of this growing horde. If you haven’t yet been damaged by gluten, beware: there are no guarantees that your internal biochemistry and hormonal balance aren’t already on the fritz as a result of your daily exposure to this substance.

The problem with gluten is that it’s everywhere. If it’s not in the food we eat, it’s in the vitamins we swallow or the medications we slavishly ingest because of our blind belief that physicians only prescribe substances that are pristinely beneficial. Conservative estimates suggest 6 per cent of us may be gluten sensitive; more extreme projections have around 30 per cent of the world’s population living under gluten’s storm cloud. Yet coeliac disease affects a miserly 1 per cent.

Non-coeliac gluten-sensitive people are besieged by any of a wide array of symptoms, including fatigue, headaches, migraines, bloating, abdominal pain, reflux leading to heartburn, loss of ability to concentrate, foggy brain, depression, joint pain, skin rashes such as eczema and dermatitis, mouth ulcers, diarrhoea, constipation or alternating diarrhoea, discomfort and constipation — features not unlike those of irritable bowel syndrome. Who isn’t plagued by some of these complaints?

In 2012, experts from around the world assembled to develop a consensus approach regarding the adverse effects gluten might be having on all of us.

As gluten is thought to have a destructive effect on brain cells in those who are sensitive, more advanced cases can go on to develop loss of balance, slurred speech and nervous system disruption leading to a disorder known as peripheral neuropathy, which can present as pins and needles, pains in the hands and feet or even the absence of sensation.

The rise in autism and attention deficit disorder (ADD), the escalation of autoimmune diseases such as multiple sclerosis, diabetes, inflammatory bowel disease and Hashimoto’s thyroiditis, and what appear to be epidemics of depression, anxiety and mental illness, have all been ascribed to gluten’s pernicious effects. Some experts assert that if you want to locate one of the primary causes of dementia and heart disease, you need look no further than gluten.

In 2012, experts from around the world assembled to develop a consensus approach regarding the adverse effects gluten might be having on all of us. They unanimously described gluten as a poison.

Wheat, gluten’s principal carrier, the most widely cultivated crop in the world, was only introduced to our digestive genome in the past 10,000 years — a mere snippet of our evolutionary history — with the advent of agriculture. We might not have the DNA that equips us to deal with gluten. In fact, 95 per cent of coeliacs have the genetic predisposition that sets them up to react to gluten. Only 50 per cent of non-coeliacs who struggle with gluten have a similar genetic makeup.

What differentiates coeliacs is that they have a measurable adverse reaction to gluten. Either they have developed antibodies, identifiable by means of a blood test, indicating that their immune systems are mobilised to deal with a foreign invader, or they have evidence of damage to the lining of their bowels caused by gluten.

The difficulty in giving up gluten is that it can morph into a brain-stimulating substance that elicits hunger and pleasure, the kinds of sensations associated with addiction.

Non-coeliacs who react to gluten may sometimes have blood tests that show their immune systems are putting up a fight but, for the most part, they have no objective measure that sets them apart. All they have is a host of health difficulties that improve once they avoid gluten and worsen when gluten is reintroduced.

At the consensus meeting, evidence was presented to show that non-coeliacs engage different components of their immune systems when they attempt to deal with gluten, compared with coeliacs, and these are not yet easily quantifiable. Further research suggests that in non-coeliacs other proteins in wheat, called amylase-trypsin inhibitors, which are highly resistant to digestion, could be the trigger that sets off an immune response, again not yet detectable by any medical investigations.

What makes coeliacs so vulnerable to gluten is the combination of genetic susceptibility and a porous intestinal lining, or “leaky gut”, which allows the ingress of an “alien” substance, instigating an immune response in a system already primed to be acutely sensitive to gluten. Experts at the 2012 summit indicated that non-coeliac gluten-sensitive people don’t necessarily have “leaky gut” and half of them don’t have the genetic tendency.

The difficulty in giving up gluten is that it can morph into a brain-stimulating substance that elicits hunger and pleasure, the kinds of sensations associated with addiction. The gluten-free industry is well aware of this, which is why gluten-free foods are often loaded with plenty of sugar, unhealthy fats and easily digestible high-glycaemic grains, all of which conspire to make us desire more. When any industry is out to secure our allegiance, it’s up to us to be vigilant about claimed or implied health benefits as opposed to real ones.