Here's everything you need to know about vanilla 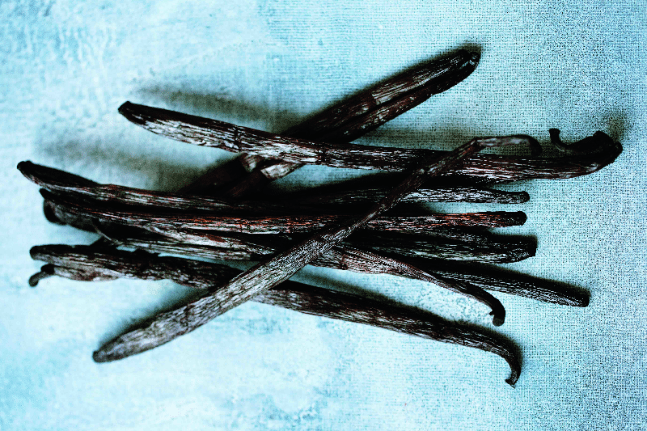 
As said by Victor Vallejo, a Vanilla Master from Veracruz Mexico, “Natural vanilla is for exquisite women, delicate gourmets, kings and their courts, spirited religious priests and popes, and of course the best of human beings.”

A big call, isn’t it? Especially when you consider some of the other spices and flavours vanilla would be competing against. But, once you begin to understand the intricate process that is involved in harvesting and producing that delicate flavour of vanilla — which, simply translated, means “little pod” — you can begin to understand why Victor Vallejo, and so many others, consider it to be for the “best of human beings”.

As the second most expensive spice after saffron, vanilla is a rare crop yet to move with the times. While many crops around the world have been thrust into the modern world with advances in technology, farming and machinery, vanilla making is still a labour of love — handcrafted and lovingly tended, with a very small window to extract that extraordinary flavour.

Most vanilla beans currently used in Australia are foreign imports. While conditions here in some parts of Australia are certainly considered perfect for this tropics-loving crop, the Australian industry is still in its infancy. Most of the vanilla in our market comes from overseas, but even that’s uncertain. The global price of vanilla beans has more than tripled in the past year as demand outstripped supply, partly because of industry turmoil in Madagascar, one of the world’s top producers.

... vanilla making is still a labour of love - handcrafted and lovingly tended, with a very small window to extract that extraordinary flavour.

There is, however, a very passionate and dedicated collection of growers, mostly in Tropical Far North Queensland, who are at the forefront of establishing a market for Australian-grown and produced vanilla beans. Production, though, is still very small, despite the near-perfect conditions.

Fiona George is one half of the team behind the successful Broken Nose Vanilla Company. She tells me that, while the conditions are obviously perfect for vanilla production, the first commercial grower only started a few decades ago. “I actually have a paper from the late 1800s which talks about how suitable Australia was to grow vanilla,” says Fiona. “We’ve been doing it for 11 years now, and the demand is so high we’re actively trying to support new growers.”

So, if demand is so high, and the conditions are so right, why are we not seeing more and more vanilla farmers in Australia?

“There are probably other things that are more attractive. In this region, the first thing everyone thought of was the timber industry, and the sugarcane industry, and bananas. I guess people saw there was a ready-made market for sugar and bananas. They were more appealing,” admits Fiona, who with her partner Matt Allen is one of only three commercial vanilla growers in Australia.

Not for the faint-hearted

Growing vanilla is notoriously labour intensive. Each plant needs to be pollinated by hand, usually using a toothpick, to replicate the pollination carried out by bees found only in the plant’s native Mexico.

It takes three years from cutting to flowering, then the flowers have to be pollinated by hand, from August to November each year. It then takes nine months for the flower to be harvested, usually around May–August the following year.

After harvest, the beans are first dunked in very hot (not boiling) water to “kill” them and start the fermentation process, which is controlled by heat. Every day the beans are put out in the sun; at night they are wrapped in towels and placed in a hot box to maintain heat and continue to sweat. Over the next 10 to 14 days the beans lose around five-sixths of their weight and develop a strong vanilla aroma. Then they are placed on racks in an airy place out of the sun to “rest” for a few months. And, finally, they are packed into airtight containers.

Each plant needs to be pollinated by hand, usually using a toothpick, to replicate the pollination carried out by bees found only in the plant's native Mexico.

“I guess whatever you read, it will say vanilla is very labour intensive,” says Fiona. “But most horticulture is labour intensive. I have friends who grow cucumbers who are out there every day twirling the tendrils!”

Despite all the latest agricultural developments, vanilla must be handpicked and hand tended; there’s no alternative. “And for a lot of farmers these days, if you can mechanise it, you can grow bulk and make more,” concedes Fiona.

“You can make it more profitable and, of course, have a higher turnover. But for us, we don’t have a choice. Each flower opens for only a few hours, so we have to pollinate in that window or the flower will die and the bean is lost. We even have to walk the property rather than drive on a tractor! But it’s what we love.”

As if the personal attention a vanilla flower demands is not enough to ensure this industry is only for the truly committed, there’s also the ongoing threat of the elements. Sure, the conditions in Far North Queensland can provide the wet, hot climate the plant loves, but with that comes the other feature of the tropics: cyclones. For the vanilla producer, this is a very big consideration.

... the numbers of growers are increasing, especially because everyone seems to be committed to helping each other out and supporting the new growers coming through.

George and Josette Gonthier started their vanilla dream in 1988 in the backyard of their Cairns Home before moving in 1999 to a larger property in Cow Bay, located in the lush, tropical Daintree Rainforest of Far North Queensland. They now run Daintree Vanilla & Spice and have watched the results of their hard labour disappear overnight with some of our most recent cyclones.

“Cyclone Yasi hit us, then we had another one and then Larry hit us big time,” says George. “But the damage was not so intense until Cyclone Ita came through. My vines grow under trees and we use the canopy of the trees to protect the vines from the sun, so when the cyclones hit, they all fell down on the vines. We lost a lot. But we are in the process of replanting.”

Considering the region they live in, are they considering a different way to protect the vines in the future?

“We’re doing it smarter this time,” George says. “The lesson I have learnt from it is that all my trellises were about 50 to 100 metres in length and with no separation, but this time I’m making them about 25 metres so if one section breaks it doesn’t bring the whole lot down. That’s a lot smarter, isn’t it?”

George tells me that, despite all these hurdles, the numbers of growers are increasing, especially because everyone seems to be committed to helping each other out and supporting the new growers coming through.

“I have five new growers that I am assisting and training. I want the industry to grow as I’m a firm believer in Australian products. I have so many calls from people wanting Australian-only products — including a huge ice-cream maker who wants only Australian vanilla. I really want to support that.

“We are also working very closely with the Indigenous community to help them set up farms in the area, too. I have said to them show me your will and determination and I will share my abilities. I am very proud of what they have done so far.”

With George’s enthusiasm, and the camaraderie, to bring Australian vanilla to the market, weather permitting, I’m told that by next year there will be two to three times the number of vines as there is now in the region. Now that’s a sweet reality.