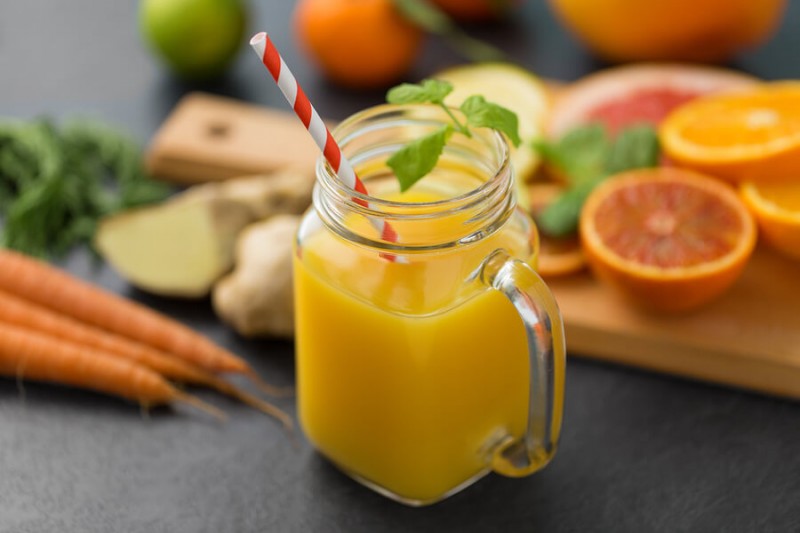 Vegetables and fruits associated with decreased memory loss in men

We’ve got good news if you are worried about the risk of memory loss or reduced thinking skills as you age. New research shows that eating green leafy vegetables, dark oranges and red vegetables and berry fruits as well as drinking orange juice is associated with a lower risk of memory loss over time for men, along with better cognitive functioning.

The study found that men who drank orange juice every day were 47 per cent less likely to develop poor thinking skills than the men who drank less than one serving per month.

This study tracked 27,842 men over a 20-year period. The participants were of an average age of 51 years and were all health professionals. They filled out questionnaires about how many servings of fruit, vegetables and other foods they ate each day at the beginning of the study and then every four years for 20 years. One serving of fruit is equivalent to one cup of fruit or ½ cup of fruit juice. A serving of vegetables is considered one cup of raw vegetables or two cups of leafy greens. At least four years before the end of the study, the participants took part in subjective tests of their thinking and memory skills. Six questions were asked, including, “Do you have more trouble than usual remembering a short list of items, such as a shopping list?” and “Do you have more trouble than usual following a group conversation or a plot in a TV program due to your memory?”

The researchers found that 55 per cent of the participants had good thinking skills and memory skills, 38 per cent had moderate skills and 7 per cent had poor thinking and memory skills. For the vegetable groups, the highest group ate six servings of vegetables per day while the lowest group consumed two servings. For the fruits group, the highest group ate three servings per day compared to half a serving for the lowest group. A total of 6.6 per cent of the men in the top vegetable group developed poor cognitive function compared to 7.9 per cent of the men in the bottom group, showing that men who ate the most vegetables are 34 per cent less likely to develop poor thinking skills than men who consumed the least amount of vegetables. The researchers also found that men who ate the most fruit each day were less likely to develop poor thinking skills but the association was less when the researchers adjusted for other dietary factors such as consumption of vegetables, fruit juice, refined grains, legumes and dairy products.