Why you need to reduce your red meat intake 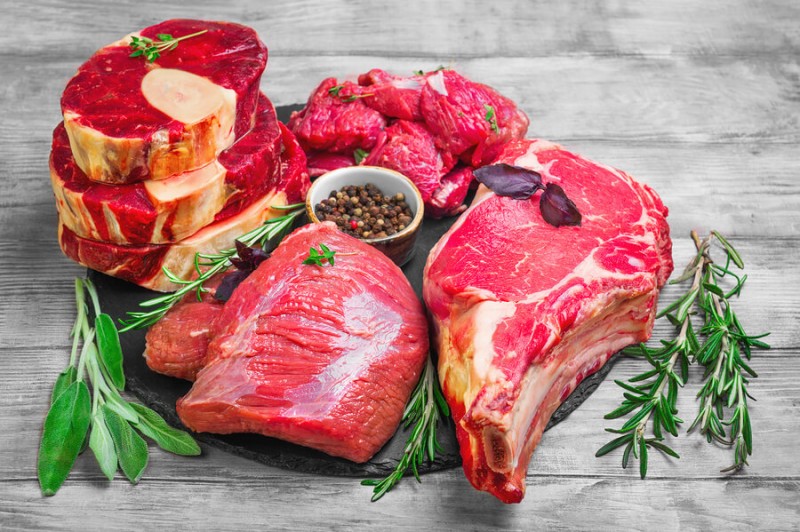 
Current dietary recommendations encourage a heart-friendly diet which limits the consumption of red meat. Now a new study reinforces these recommendations and suggests limiting your consumption of red meat. The researchers found that people consuming a high red meat diet have significant levels of the chemical trimethylamine N-oxide (TMAO), which is linked to heart disease. TMAO is a dietary byproduct formed by the gut bacteria during digestion and is partly derived from the nutrients in red meat. Scientists have known for a while that high levels of saturated fat in red meat can contribute to heart disease, while there is growing evidence that TMAO is another cause of heart disease. However, it has been unclear how typical dietary patterns affect TMAO levels in the body.

The blood levels of participants on high fat versions of the three diets also showed similar results, indicating that the effect of protein source on TMAO levels are independent of dietary fat intake.

For this study, 113 healthy men and women were recruited for a randomised crossover study in which three forms of protein — red meat, white meat or non-meat sources — were tested for their impact on TMAO production. Participants were randomly assigned to each diet for a month. They consumed approximately 8 ounces (227 grams) of steak daily when they were on a red meat diet. When all the diets contained equal amounts of calories, half the participants were also placed in high-fat versions of the three diets.

The researchers found the blood levels of the participants on a red meat diet had tripled compared to people whose diets were high in white meat or non-meat protein sources. The blood levels of participants on high fat versions of the three diets also showed similar results, indicating that the effect of protein source on TMAO levels are independent of dietary fat intake. The researchers also found that the dietary impact on TMAO levels can be reversed. When the participants stopped their red meat diet and moved onto either white meat on non-meat options for another month, the TMAO levels decreased significantly.

The study shows how red meat increases your TMAO levels, which significantly increases your risk of heart disease. However, the risk can be decreased by lowering your intake of red meat and consuming a healthier diet of vegetables, fruits, low-fat dairy foods and plant-based proteins.