The medicinal uses of oranges 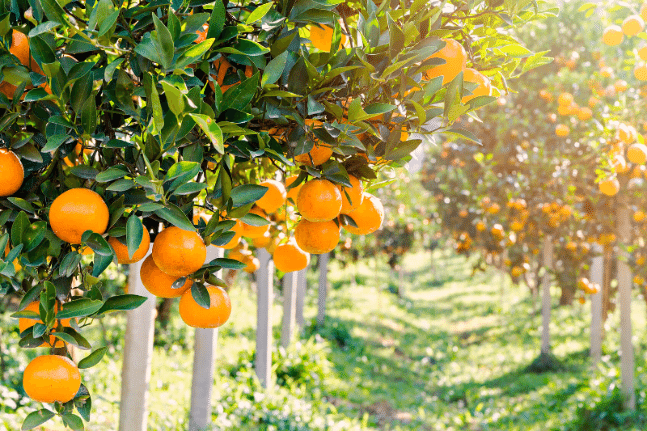 
Citrus sinensis is the common orange we eat, but there are many other varieties with different uses. Common examples are the Seville orange or bitter orange (Citrus aurantium) and Bergamot orange (Citrus bergamia). All are trees with white fragrant flowers and spherical orange fruits, and by and large they all originated in Southeast Asia.

The medicinal uses of Citrus aurantium were first recorded in Chinese medical literature dating back to 200 CE. It’s thought that all oranges were brought to Europe in the 12th century by Portuguese sailors and first cultivated in Italy.

The orange tree genus, indigenous to eastern Africa, Arabia and Syria, was cultivated in India and in Europe by 1200 CE.

The orange fruit contains antioxidant and anti-inflammatory compounds such as flavonoids, phenolics and ascorbic acid (vitamin C). The flavonoids are tangeretin, nobiletin, diosmin and hesperetin. Red (blood) oranges have much higher levels of the anti-inflammatory anthrocyanidins.

By increasing iron absorption from foods, oranges and orange juice have been shown to reduce anaemia. Oranges are also a reasonable source of absorbable folic acid.

Population studies have shown a strong correlation between eating diets high in vegetables and fruit and improvement in cardiovascular health. One experiment tested 24 adults with both high cholesterol and high triglycerides (both risk factors for heart disease) and they were given 2½ cups of freshly squeezed orange juice to drink daily for 90 days. The results showed a significant improvement in plasma antioxidants, and the oxidation of the lipids (fats) decreased significantly. Regular consumption of orange juice increased HDL (good cholesterol) levels.

The fruit of the orange has been shown to be cooling, digestive and carminative (relieves wind), and has tonic properties. It was traditionally used in asthma, to reduce vomiting, to purify the blood, for coughs, fevers, thirst, hiccoughs and for indigestion.

The different parts of the orange have different effects in your body.

The anti-inflammatory and antioxidant properties of orange consumption are useful in the prevention of chronic illness and have been shown to reduce neurotoxicity when consumed regularly. In mice, the antioxidant effects reduced neurodegenerative changes of the Alzheimer’s type.

Drinking the juice of red (blood oranges) every day for seven days improved endothelial (arterial wall) function, reducing the risk for atherosclerosis and heart disease in 19 human subjects. This effect was attributed to its antioxidant and anti-inflammatory properties.

The dried peel of the common orange (Citrus sinensis) was shown to reduce thyroid overactivity, lower blood glucose and stimulate insulin as well as reducing lipid (fat) peroxidation, indicating a potential for use in hyperthyroidism and diabetes.

Orange peel is a rich source of flavonoids, compounds that are associated with antioxidant, anti-inflammatory and anti-tumour activities.

Orange oil has been shown to be strongly antimicrobial compared to several antibiotics. It appears to be more effective than lemon oil as an antibacterial and antifungal. Limonene is the main antimicrobial active ingredient. These antimicrobial properties can also be useful in food preservation. D-limonene exhibits anti-stress activity (by inducing the release of the hormone dopamine) and anti-inflammatory effects when taken as a dietary supplement.

The aroma of sweet orange oil has a marked anti-anxiety effect in human subjects. As well as sweet orange, oils from other varieties include neroli oil from Seville orange flowers, and pettigrain oil from its leaves. Bergamot orange oil is a major component of the famous eau de cologne.

The bergamot oil is used to flavour Earl Grey Tea and is calming and relieves headaches.

Next time you eat an orange (preferably an organic one), keep the skins, dry them and use these in your home medicine kit.

Eat the fruit as a food or drink the freshly squeezed juice. As with all fruit, it’s better not to consume large quantities, especially of the juice, because of the high sugar content. Commercial juices have lower vitamin C content. The whole fruit is best as it still contains the fibre component.

For cooking, Seville oranges are considered the best for marmalade, and the essential oils extracted from the unripe fruits are the key flavour in the liquors Grand Marnier, Cointreau, Triple Sec and Curacao.

The fruit is generally considered safe and no side-effects have been observed. However, migraine sufferers can be sensitive to oranges and, if so, they should be avoided.