How to use tropical fruit mangosteen to heal 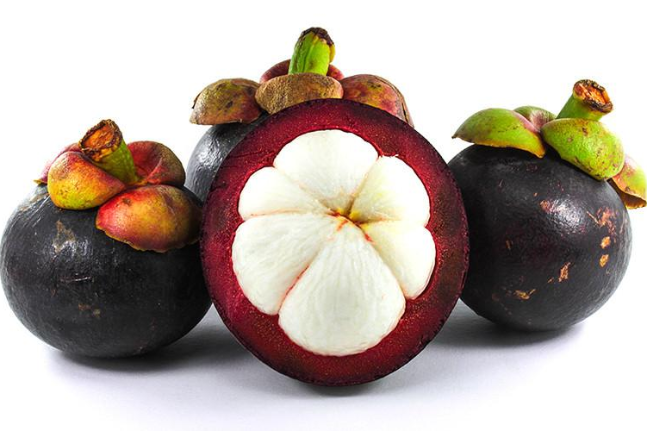 
Mangosteen (Garcinia mangostana) is a delicious tropical fruit with a long history of medicinal use, particularly in Southeast Asia. There are a large number of trees and shrubs in this genus (up to 300), native to Asia, Australia, Southern Africa and Polynesia. Mangosteen fruit trees possibly originated in Indonesia. The fruit is round and usually a dark red-purple colour with soft, juicy, whitish flesh.

A clinical trial conducted in healthy humans showed that drinking a glass of a mangosteen drink daily for 30 days reduced blood markers of oxidation by 15 per cent.

The main active ingredients in mangosteen are the polyphenolic xanthones such as mangostins and their derivatives. These compounds are rare and occur in a only few plant families as well as in fungi and lichens.

The parts used medicinally are fruit hull (called the pericarp), the bark and root, although there is also research on the use of the leaves, the seed and the fruit. The fruit is low in calories and high in fibre and has moderate amounts of nutrients.

The dried and powdered fruit hull is used internally as an antimicrobial and antiparasitic agent in dysentery (including amoebic dysentery) as well as topically for healing wounds and chronic ulcers.

Its antibacterial activity has been shown against a variety of microbes including vancomycin- and methicillin-resistant organisms (VRE and MRSA) as well as against the mycobacterium tuberculosis organism. Mangosteen was also found to be synergistic if prescribed with commercial antibiotics.

The larvicidal activity of mangosteen has been demonstrated to be effective against the malaria parasite and inhibits the replication cycle of the HIV virus.

Mangosteen fruit has shown antifungal activity against three pathogenic fungi. The active xanthones are the main inhibitors of these organisms.

Xanthones in mangosteen inhibited the release of proinflammatory mediators including cyclo-oxygenase (COX-1 and -2), prostaglandin E2 and nitric oxide synthesis, so provided pain relief even in conditions such as inflammatory arthritis. Research has demonstrated the analgesic properties of the fruit hull.

A clinical trial conducted in healthy humans showed that drinking a glass of a mangosteen drink daily for 30 days reduced blood markers of oxidation by 15 per cent and the inflammatory marker CRP by 46 per cent — with no adverse side-effects.

An extract of the fruit hull mediated the release of IgE-based histamine thus reducing the allergic (inflammatory) response.

Mangosteen has potent antioxidant and anti-inflammatory properties, showing activity in preventing oxidation of LDLs, thereby being useful in the prevention of atherosclerosis.

With the strong anti-inflammatory properties of mangosteen leaves and bark, ointments have been made from these parts to successfully treat eczema, hyperkeratosis and other skin conditions such as acne and psoriasis. With its astringent and antibacterial activity, mangosteen, used topically, reduces cell damage in severe acne.

Made into a decoction, the anti-inflammatory properties of the rind are used to relieve cystitis (and traditionally gonorrhoea). The powdered rind has astringent properties, which makes it useful internally in cases of diarrhoea for preventing dehydration and the loss of electrolytes.

A root decoction has been used by women in Malaysia for treating menstrual disorders.

In Latin America, a tea made from the fruit is used as a tonic against fatigue and low energy.

Extracts of mangosteen are showing promising multifunctional roles in the prevention of Alzheimer’s disease with their ability to affect neurotransmitters to improve cognition and prevent the deposition of plaques.

Mangosteen juice and preparations of the pericarp have been shown to reduce obesity, improve metabolic syndrome by reducing insulin resistance and improve beta-cell activity (insulin management) in the pancreas.

The mangosteen twigs have been used as a chewing stick in Africa (possibly reducing gum disease). The wood has been used for furniture manufacture (and spear making) and the rind, with its high tannin content, has been used to tan leather in China.

There is no known toxicity associated with mangosteen. Studies on mice have shown little toxicity or mutagenicity even at high doses. Mangosteens have been used for hundreds of years in the traditional treatments of a wide variety of conditions across many cultures. Research today is starting to support this traditional knowledge.