How to use the Ayurvedic herb Hemidesmus 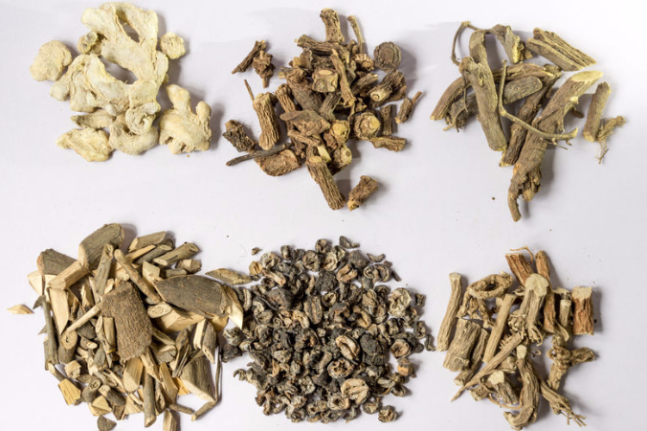 
Hemidesmus indicus (Indian sarsaparilla) is a fast-growing perennial vine whose roots have similar properties (and uses) to the herbal sarsaparilla used in the western herbal tradition. In Ayurvedic medicine, it has been revered for thousands of years for its healing properties and aromatic qualities. It has also been popular as a magical-spiritual dream herb. Its Sanskrit name means ‘endless root’.

Traditional preparation of Hemidesmus calls for the roots of the plant to be dried and ground into a fine powder, which is then either mixed with other medicinal herbs to make salves and balms, or steeped in warm water and then ingested as a tea. Hemidesmus roots are used as an infusion, but not as a decoction, as boiling dissipates its active volatile principle. Around 56g of the root are infused in 470-500mL of boiling water and left standing for one hour then strained off and drunk in 24 hours.

Tribes in India crush the roots and then press them to extract the vital juices which are consumed immediately to minimise degradation of the active compounds and revitalise the body.  In South India the juice is often served in refreshment shops as a cooling syrup with a dash of lemon.

The roots contain coumarins, essential oils, triterpenoid saponins, tannins, flavonoids. There are six major therapeutic uses that have been time tested and shown to be efficacious: they are as an anti-inflammatory, diuretic and vulnerary. In traditional Hindi folk wisdom, healers or sages used the roots as a general tonic, to cleanse the blood of toxins, soothe skin irritations and rashes, reduce the burning sensations caused by urinary tract infections, reduce fevers, and to heal moderate acne. Women use this herb to improve fertility, to promote a healthy pregnancy and to reduce the possibility of a miscarriage.

Ayurvedic practitioners (and shamans) have used hemidesmus root to promote a calm and tranquil state of mind, to maintain mental clarity while falling asleep, and to achieve lucidity while dreaming.

There is significant scientific evidence that hemidesmus can be used effectively as a treatment for arthritis, asthma, bronchitis, epileptic seizures, high blood pressure, immune disorders, and high stress.

Hemidesmus root was tested for its antioxidant properties – it reduced reactive oxygen species, lipid peroxidation and scavenged nitric oxide. It was also shown to reduce platelet aggregation with similar effectiveness to heparin.

Hemidesmus has been found to depress both cell mediated and humoral components of the immune system, making it very useful to manage the various autoimmune diseases of today, including rheumatoid arthritis.

With its antioxidant and anti-inflammatory activity it has also shown to be useful as prevention and in reducing the cytotoxicity of a variety of cancer cells, including leukemia and hepatocellular carcinoma.

Research has shown Hemidesmus to be antimicrobial against a broad spectrum of multidrug resistant organisms (including Staph aureus) as well as the yeast Candida albicans.

Hemidesmus has a long history of use for diarrhoea and dysentery particularly as an infusion, as the tea stimulates water and electrolyte absorption. Alcohol extracts have the opposite effect and can cause problems.

Research on rats supports the traditional uses of hemidesmus for gut problems and found that the roots (especially collected during flowering time) were particularly useful to repair stomach erosion (including that damaged by pharmaceuticals such as aspirin), thereby protecting against stomach ulcers. Its ability to repair membrane has seen hemidesmus used for lung complaints such as bronchitis and to relieve sore mouths of children.

Hemisdesmus improves testosterone thereby improving libido (in both men and women) and increases male sperm count. It has been used for treatment of venereal disease, proving efficacious where American Sarsaparilla has failed.

Hemidesmus roots have a diuretic effect on the kidneys, improving in a variety of kidney ailments, including fluid retention and burning urine (due to inflammation or infection).

Of a range of herbal medicines tested, hemidesmus showed the greatest antiosteoclastic activity thereby assisting in the prevention of bone loss, without adverse effects on bone precursors.

More unusual uses are to treat snake bites (viper and cobra) and scorpion stings (as an antivenom treatment) and to promote wound healing.

The root of hemidesmus is used traditionally to treat a wide variety of illnesses including rheumatism, impotence, urinary tract and skin infections. In vivo and in vitro research has shown this amazing plant to have anticancer, antioxidant, anti-inflammatory, fever reducing, analgesic, antimicrobial, antidiabetic, hepatoprotective, cardioprotective, renoprotective, neuroprotective and immunomodulatory properties.