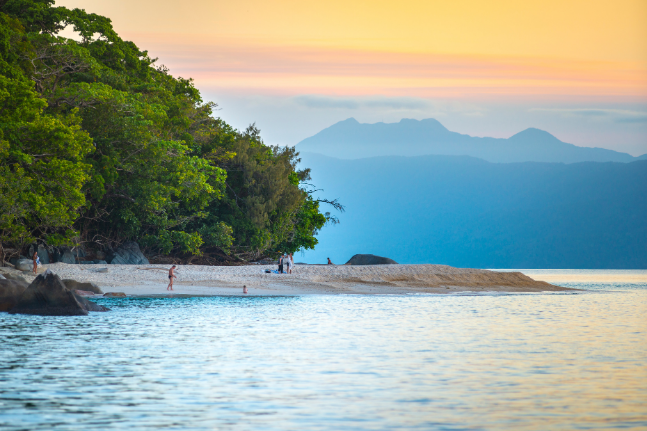 
Although it rarely sees a show of flesh, Queensland’s Nudey Beach is so named because it is entirely bereft of sand. Instead, the stunning coastline is heaped high with crushed coral and shaded by a ragged, verdant fringe.

We wake to find the sea awash with translucent jellyfish, as luminous as stars, cast adrift in the millions on a velvety, indigo tide. They swarm the sea off Fitzroy Island, clumsy and graceless in their great, jellyfish dance, bumping each other softly and spiralling away into the deep.

My young daughter looks on, transfixed and beaming, leaning over the rail of our sailboat and staring down into the blue. Eventually it becomes all too irresistible to watch from afar, so we take the plunge, flinching and giggling, and paddling through water thick with the jellies that bounce off our masks and slide down our Lycra-clad legs.

This euphoric, early morning swim off the Great Barrier Reef’s Fitzroy Island woos me entirely, but it’s not the first time that I’ve fallen for this surprising tropical isle. Girthed by a rich tapestry of coral reefs awash with sea turtles and reef sharks and a million other wondrous creatures, Fitzroy Island is a rare beauty that rises to a lofty granite summit just off the Queensland coast.

National park protection safeguards its outstanding natural scenes, and a low-key resort provides just enough holiday comforts to lure nature lovers out of Cairns. Staying here feels satisfyingly far away, but in reality Fitzroy is anything but.

Jump aboard a fast ferry from Cairns and you can be spreading out your towel on Nudey Beach within the hour. This celebrated beach has significant Insta-worthy cred. It hit the spotlight back in 2017 when 101 Best Beaches named it the Australian mainland’s finest, and today, it’s a must-see for island castaways.

Despite the titillating name, Nudey Beach rarely sees a show of flesh, but is so named because it is entirely bereft of sand, heaped high instead with crushed coral and shaded by a ragged, verdant fringe. Reaching the beach means taking a satisfying little rainforested stroll along a pathway that teeters high above an opalescent sea and climbs to a stunning granite lookout over the fringing coral reef.

We arrive by dinghy instead, motoring across from our catamaran at first light nursing mugs of chai. We climb the giant granite boulders that bookend Nudey Beach to sit and sip and wait for the sun, and afterwards strip off and slide into the sea. Gliding over colourful coral bommies that rise up at low tide, our family trio joins an endless procession of luminescent parrotfish and wrasse that snatch at the coral and spook off flighty fusiliers.

There are snoozy, blue-spotted lagoon rays to discover in the sandy patches in between, and beautiful batfish that hide under shadowy overhangs. A black-tipped reef shark darts swiftly away when it senses us near, and a moray eel bares its teeth to warn us off.

It’s a morning ritual we have repeated regularly on 10 years’ worth of cherished trips to Fitzroy Island. Each time we visit there is something new to discover, some wondrous new creature to dazzle us, and yet another curl of sand revealed by the receding tide.

Perhaps the greatest joy of any Fitzroy Island adventure is swimming with the sea turtles for which this island is most famous. On the rubbly shores of Welcome Beach where few others swim, we fill our lungs and dive deep, anchoring ourselves to the seabed to watch green sea turtles and hawksbills feed. They rip and tear at the sea grass and captivate us until our bursting lungs send us shooting to the surface to snatch a breath and do it all again.

Underwater we have the turtles all to ourselves, despite the fact that Welcome Beach draws an energetic crowd of paddlers in sea kayaks and stand-up paddleboards (SUPs). On the beach, travellers swing lazily in hammocks and stare at the sky, oblivious to the fact that, in the absence of coral, seagrass blooms off Welcome Beach to the delight of the hungry turtles that turn up in reliable numbers.

Not all the turtles on Fitzroy enjoy such freedoms, and you can meet many of them at the island’s own Turtle Rehabilitation Centre. The victims of propeller strikes, plastic ingestion and more, these recuperating residents spend surprisingly long years at the centre which volunteers bolster with their time and devotion.

Tours help offset the significant running costs and provide incredible close contact for visitors with an informative commentary and all questions answered! These hour-long encounters are irresistibly affordable too, at just $12 for adults and $7.50 for children.

The island’s best snorkelling is found beyond the turtles’ turf, off the reefs that hug the sea cliffs from Foxy’s Bar to Nudey Beach, and around Bird Rock to the north. There are wilder reefs too. The marine life improves as you paddle a sea kayak along the island’s northern edge, towards Little Fitzroy Island where rushing currents feed a wildly blooming underwater scene, and harmless reef sharks are regularly spotted on patrol.

The reefs and coral-strewn beaches here are lonely and pristine, so we always pack a substantial picnic and plenty of drinking water into our dry bags and put the rest of the day’s plans on hold. If you are fortunate to arrive by private boat, there are faraway beaches and snug blue coves to snorkel and explore in the island’s southwestern realms but really, the best of Fitzroy is accessible to all.

From Nudey Beach you can rockhop around to a second sliver of sand where hermit crabs covet the best shells thrown up by the tide, and you can hitch up a hammock between the casuarinas trees and swing in the shade. It’s a lovely place to escape to that few others find — bar the sulphur-crested cockatoos that screech from the treetops. When the pull of the tide evens out, there’s good snorkelling off the beach and all the way back around to Nudey Beach and on to the resort.

With so many different places to get wet, you could spend all day under the sea at Fitzroy, and most people do, because this is no sit-around destination. Fitzroy’s PADI-accredited dive centre rents out SUPs and sea kayaks and runs guided paddling trips around the island too. You can learn to dive or, if you are already certified, join guided dive trips off the island or day tours to more distant reefs and snorkelling pontoons. Eventually though, you are probably going to want to dry off and discover some big picture vistas.

Away from the sea on this densely forested isle, hiking trails follow fluttering Ulysses butterflies into the Secret Garden, and climb to a lofty summit for grand Coral Sea views. Gaining some altitude on the summit reveals a side of Fitzroy Island that you just can’t fathom from the beach: 339 hectares of windswept granite hills, deep, rainforested ravines and faraway slivers of sand you’ll want to paddle to in a sea kayak.

The start of the summit trail is a bit of a killer, climbing steeply away from Welcome Beach and straight uphill along the island’s northern edge. There are plenty of distractions en route: waterfalls trickling over the trail, green ants that criss-cross the track, and green tree snakes and yellow-spotted monitor lizards lurking in the verdant fringe.

Slowly the track tops out above the tree line to reveal kaleidoscopic, watery scenes across a patchwork of shallow coral reefs and swirling tropical currents, all the way to Green Island. Over gentler ground, the track detours to Fitzroy’s 77-year-old lighthouse, which is the best spot to look for migrating humpbacks that pass close to the island over winter.

Doubling back, the climb continues to the top of Fitzroy’s windy peak for breathless, 360-degree views (and a decent mobile signal too). After all the hard yakka, you’ll want to sit and snack and absorb it all before ambling down a rocky staircase back to the sea (4km, 3 hours return).

An easier wander best saved for early mornings leads deep into Fitzroy’s Secret Garden where the coo of imperial pigeons rings out through the rainforest, and orange-footed scrub fowls scratch about at the dense undergrowth. The trail enters the rainforest just beyond Foxy’s Bar en route to Nudey Beach and takes 45 minutes, or longer if you find yourself in solitude.

Rooms with a view

By day’s end, the only thing that wrenches water babies out of the sea is the sunset spectacle that you can catch from the deck of Foxy’s beachfront bar. This laid-back watering hole draws together a sun-kissed crowd of castaways who order cocktails by the jug and sip them in swimmers and sarongs with sand on their feet, watching the sun set over the sea. Unwinding at Foxy’s is de rigueur after long, energetic days exploring, and it’s the more lively of the resort’s pair of restaurants.

With just enough of everything (including plush beachfront rooms, spa treatments and a swim-up bar), Fitzroy’s 4.5-star resort is more egalitarian and eco-friendly than its more luxurious neighbour Green Island. Beachfront bungalows start from $175 a night, and though you can blow significantly more than that, down by the beach in the island’s campground, it costs just $37 to pitch a tent in this palm-fringed paradise. The campground provides great facilities too, leaving campers enough holiday cash to blow on sea kayak rentals and chilly beers.

Without a doubt, this is a laidback destination that everyone can afford and few can resist, but it’s also an indulgent tropical isle where the step-off-the-sand snorkelling and wild marine life encounters marry perfectly with sunset cocktails and spa treatments.

If you are yearning to strip things back to simple and immerse yourself in a slice of tropical life — at any price — Far North Queensland’s most vibrant tropical isle will not disappoint. It’s soothing and startling and so easy to access, but even if it were a million miles away I’d love it just as much for the wild scenes it nurtures, under and over the waves.

How big is the Great Barrier Reef?

The largest living thing on the planet is enormous: 2900 reefs, 600 islands and 300 coral cays stretching 2300km along the Queensland coast.

From May to September, marine stingers are generally absent, making snorkelling safer.

The volunteer-run Turtle Rehabilitation Centre offers hour-long tours from Thursday to Tuesday, 1pm onwards ($12/adult, $7.50/child, cairnsturtlerehab.org.au). If you love to dive (or would love to learn), don’t miss the chance to watch the world go by from the bottom of the ocean.

Plan your walks at parks.des.qld.gov.au and book rooms at fitzroyisland.com. 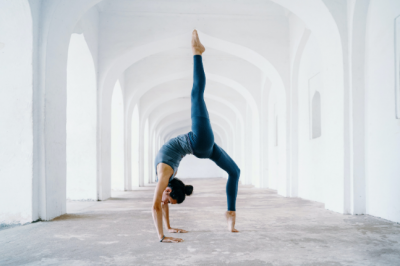 In need of a rejuvenating getaway? Check out Byron's hidden gem

Nestled in the lush tropical hinterland is the Byron Yoga Retreat Centre, the perfect place to enjoy your next yoga... 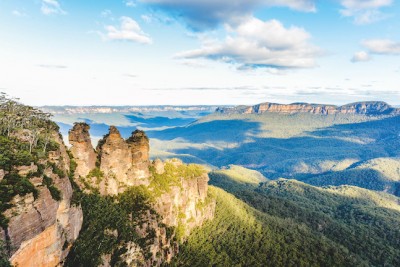