We travel west to sunny Broome 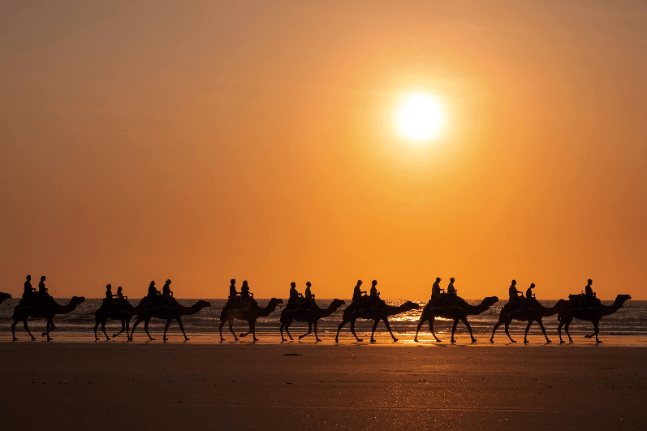 
When Woodside Petroleum abandoned plans for a gas-processing plant on the Kimberley coast in April 2013, conservationists sighed with relief. That the far northwest’s impossibly pristine beaches and coral-fringed shores will remain untouched and untarnished for now is great news, especially for travellers whose bucket list includes a stint on Cable Beach’s famously silver-white sands and a float in the deep blue beyond.

Capitalising on the beach’s immense natural Beauty, Broome is often marketed as a far-flung, five-star retreat, but the real scene here is a lot livelier. Despite the influx of tourists over its brief, mild winter, Broome retains a rich authenticity. This frontier town fringed by genuinely rugged terrain is home to a vibrant community of Broome devotees, enthralled by its tropical tempo and utterly convinced there’s no better place to be.

It’s easy to see what they fall for: Broome’s wonderful, end-of-the-Earth ambience and tri-coloured vistas of red cliffs, white-sand beaches and some of the bluest water on Earth intoxicate in equal measure. But the town’s intriguing pearling history and its strong and thriving Indigenous culture, coupled with a creative heartbeat, add substance to what might otherwise be just another beautiful holiday hotspot. 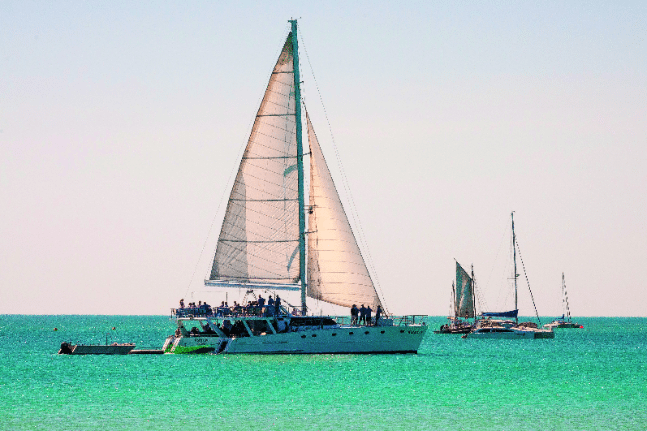 There are beachside accommodation options and itineraries to suit all budgets and energy levels, and just enough wholefood outlets, organic menus and body-and-mind-soothing practitioners to ready you for all the adventures on offer. Along with a crowded list of natural and historical sites, Broome is renowned for some quirky tourist thrills, too: its sunset beach camel rides, pearl lugger cruises and crocodile farm feeding shows, and its outdoor deckchair cinema, reputed to be the world’s oldest.

A week in Broome is not nearly long enough, especially if adventurous aspirations lead you out of town and into the Kimberley’s vast savannah wilderness.

Attracting an eclectic mix of anglers and dog-walkers, cameleers and kayakers, Cable Beach is the quintessence of life in Broome. Magnetising locals and travellers alike, this undeniably beautiful 22km-long stretch of sand takes its name from the Broome to Java Submarine Telegraph Cable, laid off the beach in 1889.

The unsealed tracks are easy to negotiate and, if getting back to basics is your style of escape, an overnight camp along this coastline will soothe your soul.

Low tide reveals a voluminous expanse of shimmering sand, where sun worshippers stretch out by day and crowds gather at day’s end to watch Broome’s famous camel trains pass on by, silhouetted against the setting sun. It’s a popular tourist carnival, but there’s no denying the fun to be had, and the camels set the right, relaxing pace for absorbing the invigorating seaside energy.

At the far end of Cable Beach beneath the crumbling amber cliffs of Gantheaume Point, a similarly laidback scene takes shape. When the sun dips low, 4WD vehicles gather on the sand, locals fresh from work lining up alongside dusty tourist rigs, shaking out camp chairs and hosting barefoot barbecues as the sun slips away over the Indian Ocean’s distant horizon. Kids chase dogs chasing balls, swimmers perform al fresco laps through the shallows and groups of guided sea-kayakers glide past, searching for the 130 million-year-old dinosaur footprints stamped along the point’s rocky ledges.

Later, when the full moon rises over Broome, mangrove-fringed Town Beach comes to life, hosting a fleeting phenomenon known as Staircase to the Moon. This glorious, golden staircase created by the moon’s reflection on the exposed mudflats occurs only a few nights each month between March and October. And, because just about everything is celebrated in Broome, a night market materialises with the moon, locals cooking up a storm and entertaining with acoustic tunes.

Nearby, Broome’s biodiverse Roebuck Bay turns travellers into twitchers with binocular views that take in more shorebird species than anywhere else on the planet. Around 150,000 birds migrate here every year, some travelling up to 12,000km to feed in vast flocks on Roebuck Bay’s rich tidal mudflats: gotwits, stilts, sandpipers and more. The hundreds of individual species that crowd the bay whirl and twirl in flight, rising and resting again in a marvellous dance. 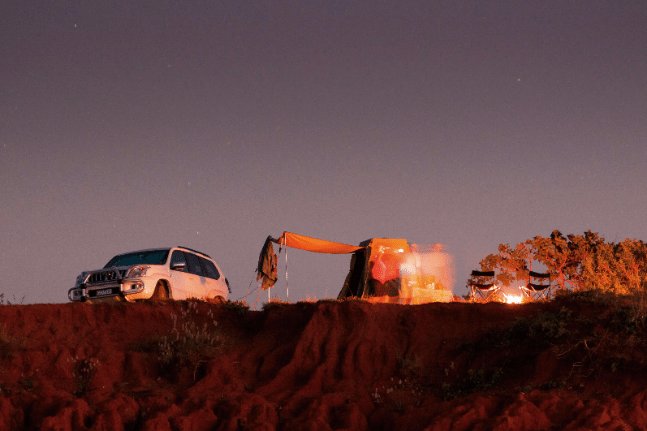 The waders create a particularly spectacular scene in March and April when, within two hours either side of the high tide, they simultaneously take flight, embarking on their lengthy annual migration back to the Northern Hemisphere.

So significant is this beautiful shoreline that the not-for-profit Broome Bird Observatory has been established here, a research and conservation hub providing guided birdwatching trips, rustic cabin accommodation and the kind of informative displays that even novice birders can appreciate (broomebirdobservatory.com).

Located 25km south of Broome, you can visit the Broome Bird Observatory as part of a fully guided day trip, or hire yourself a 4WD, pack a picnic and spend an adventurous day exploring further afield. The Aboriginal-led Ardi Experience offers a very different kind of wildlife adventure, immersing travellers in traditional hunting and gathering of Dampier Peninsula bush tucker and providing unique cultural insights as guides lead the journey through pindan woodlands north of Broome.

Along with a crowded list of natural and historical sites, Broome is renowned for some quirky tourist thrills.

At nearby Windjana Gorge, through a narrow limestone chasm that reveals prehistoric fossils, walkers encounter freshwater crocodiles languishing on the sunny shores of the Lennard River beneath soaring canyon walls. Upstream, the river falls dramatically, filling deep plunge pools in King Leopold National Park and sculpting a landscape that rivals the string of secluded, red rockholes found further along the Gibb at Bell, Adcock, Galvans, Manning and Barnett River Gorges. Many sights on the Kimberley’s western edge are within easy reach of short-stay travellers via a choice of 4WD tours, scenic plane and helicopter flights and luxurious boat cruises.

Adventuring closer to Broome, an uninhabited red and white coastline leads anglers, adventurers and solitude seekers onto the Dampier Peninsula and to faraway Cape Leveque at land’s end. An hour’s drive off the bitumen will get you to secluded barramundi fishing holes, the Willie Creek Pearl Farm where South Sea pearls slowly bloom, and to blissfully remote beaches at Quondong and James Price Point, where you can plant the day’s first footprints in the sand. 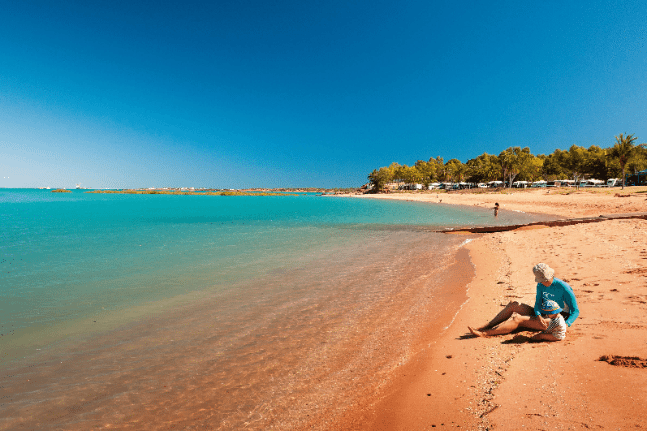 At low tide, the lagoon off Coulomb Point is an unusually calm snorkelling site, teeming with juvenile turtles, fish, octopus and small spotted rays, and colourful bombies that harbour myriad soft coral species. This is another great fishing spot when the tide comes back in, which it does with incredible speed, frequently moving up to 10 metres over six hours.

The unsealed tracks are easy to negotiate and, if getting back to basics is your style of escape, an overnight camp along this coastline will soothe your soul. Stretching skywards at daybreak above the sandy red cliffs, I watched sea eagles riding the thermals, took a long walk past enormous shells tossed up by the night tide and climbed the dunes to rest my eyes on the distant horizon, watching humpbacks breaching offshore.

Broome’s weekend Courthouse Markets offer some of the freshest juices and locally grown tropical fruits in town, plus an appetite-stimulating range of fusion food reflecting the community’s diverse, multiracial roots.

A more luxurious overnight option with similarly spectacularly views (minus the sleeping bags) is Eco Beach, a low-impact wilderness resort that offers complimentary daily yoga sessions, bushwalks and whale-watching cruises. Located an hour’s drive south of Broome, or a 12-minute scenic flight, Eco Beach brings travellers into closer commune with an amazing coastal environment and provides just enough isolation from the hubbub back in Broome to foster a deep sense of tranquillity.

Of course, if you enjoy your wheatgrass shots and sunset cocktails in equal measure, there is no shortage of remarkable resorts clustered around Cable Beach where you can enjoy truly excellent cuisine, indulgent spa treatments and livelier nights.

Long before pearl oysters where unearthed in the oceans off Broome, explorer William Dampier, the first recorded European to set foot on Australian soil, ventured ashore at Roebuck Bay to bury a treasure of pirated pieces-of-eight at Buccaneer Rock.

Dampier’s legend has long fuelled a fascination with what lies beneath Broome’s deep blue, but it was the discovery of Pinctada maxima — giant silver-lip pearl oysters containing once-precious mother-of-pearl — that put the town on the map. In the early 1880s, the risky business of pearling employed a substantial workforce of Indigenous free divers and, later, when the shallow pearl beds had been picked clean, a fleet of 400 pearl luggers crewed by Malay, Filipino and Indonesian deckhands sailed helmeted Japanese divers into deeper, more dangerous waters.

The world’s desire for mother-of-pearl eventually waned, and WWII air raids that destroyed 16 flying boats anchored in Broome’s Roebuck Bay halted the pearling trade. But 70 years of pearling had left its mark, in both the intermingling of cultures responsible for Broome’s unique multiracial mix and the people’s continued love affair with pearls that are today cultured on coastal farms. 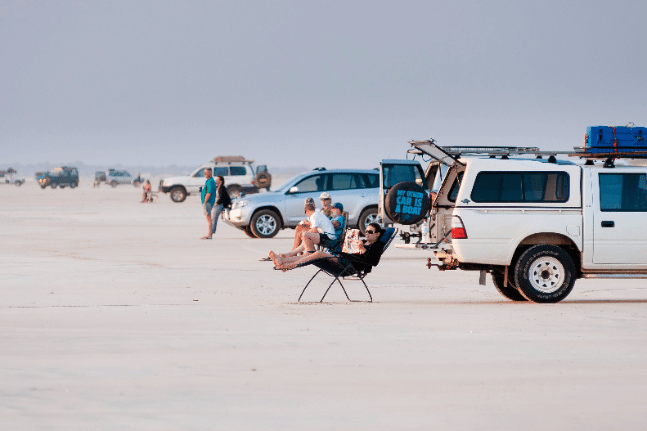 If the lustre of pearls intrigues, you can tour the pearling operations at close-to-town Willie Creek or Cygnet Bay on the tip of Cape Leveque, board the old pearling lugger-cum-museum at Streeter’s Jetty or take a reflective stroll through the Japanese Cemetery, a memorial to early-day pearl divers.

There are many serene scenes perfect for practising yoga and meditation around Broome, but the meditation deck at Buddha’s Sanctuary is a particularly tranquil spot. Here, a four metre-high, hand-carved crystal Buddha surrounded by ornamental gardens helps to facilitate focus and separate you briefly from the distractions of a busy holiday itinerary. The sanctuary is open free of charge to everyone 7–10am and 4–7pm, except Monday and Thursday evenings. Arrive early for the best chance of solitude.

When it comes to feeding the body, Broome’s weekend Courthouse Markets offer some of the freshest juices and locally grown tropical fruits in town, plus an appetite-stimulating range of fusion food reflecting the community’s diverse, multiracial roots. To build an organic picnic for a 4WD adventure, or to pick up homœopathic remedies to aid you through a scenic flight or bumpy boat cruise to the unforgettable Horizontal Falls, visit Broome Natural Wellness, a naturopathic clinic and healthfood store in Broome Boulevard Shopping Centre.

As the wintertime crowds confirm, Broome is at its best from May to September when monsoonal skies clear and the humidity abates. In the cool of the dry season, locals rev up and get busy, staging festive spectacles like Shinju Matsuri: Festival of the Pearl  (August/September), Taste of Broome (May), Broome Cup Day (August) and Mowanjum Festival (July). To find out more and book everything from accommodation to adventure tours, head to visitbroome.com.au. 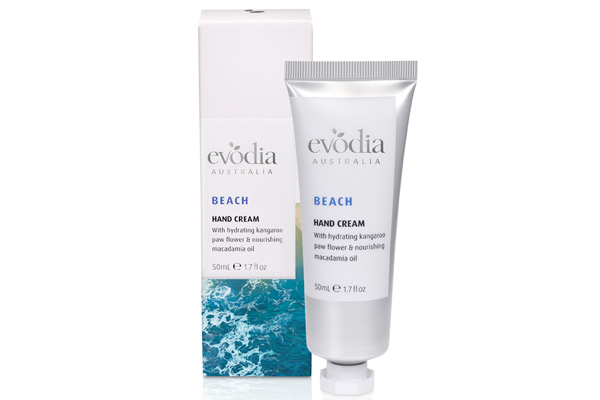 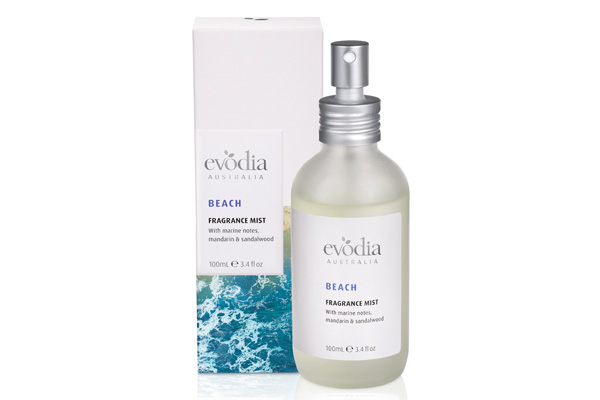