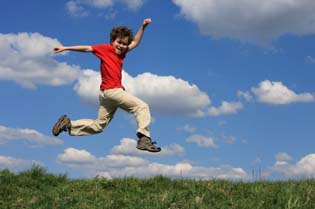 “Troubled”, “tricky”, “hyper”, “horrid”, “little monster”: there are many far-from-affectionate ways to describe the difficult child, but when homoeopaths choose the description of “challenging children”, it’s more than just a way of encompassing the behaviour associated with attention deficit hyperactivity disorder (ADHD), tantrums, fears and night terrors. It implies that children with behavioural problems have positive attributes just waiting to be accessed, rather than seeing the child as a checklist of negative behaviours. This non-judgemental attitude pervades the practice of homoeopathy and rubs off on parents.

Countless numbers of families searching for non-pharmaceutical help have successfully treated their challenging children with homoeopathy. Their treatment is often a journey that starts with despair and ends in relief. Their stories all involve more than just the child because there are always other people who are affected: teachers, siblings, neighbours and parents. Jenny is one of those parents and her story offers insight and hope to others.

Jenny wakes every morning with a hazy head and she can’t think clearly. A blanket of sleep deprivation heightens the misery caused by the behaviour of her ADHD child. At night, he screams for help and clings to her, but in the daytime he has forgotten her soothing words and he hits her. Ordinary errands and everyday tasks are a battle.

She has come to hate her frustrating trips to buy groceries and dreads the voice on the mall loudspeaker. “Blue-eyed boy with blond hair. Found in front of the baker. He is distressed and screaming.” Just as upsetting are the whispered comments from other shoppers. “She should just give him a good smack.” Their words no longer shock her. What happened to the dream of having a sweet-faced child sitting in the supermarket trolley, chatting away to grandmas?

For Jenny, getting through one day is an achievement. Some of her friends have had similar problems and found a solution with homoeopathic treatment. So, one day, not knowing quite what to expect, Jenny took the plunge and made an appointment with a homoeopath. Her friends had explained that homoeopathy is a holistic medicine with an excellent reputation for treating kids.

Jenny was dubious that she’d have enough to say to fill a whole hour, but when she got to the consultation, she talked. And she talked. The whole package of problems was opened in clear view: mental, emotional and physical factors, poor sleeping and eating — everything about her child right back to the birth-from-hell. A river of emotions flowed: self-blame, love and despair.

The homoeopath prescribed the remedy hyoscyamus and to everybody’s relief they got a well-earned night of no crying and clinging. They were so used to being woken that in the morning Jenny and her husband rushed to check their son was still breathing. Thanks to the hyoscyamus, their son was able to sleep all night and his daytime restlessness was calmed.

At the follow-up consultation, Jenny came with her husband and they opened up even more about how bad things used to be. They could really tell the difference. A chronic, dry, night-time cough had cleared up and they now felt comfortable enough to reveal an embarrassing detail. The little boy with his mischievous face would not only run off at the shops but he would also tear off his shoes, pants and underpants after escaping. Then he would be so revved-up he would laugh at everything and shake his penis at people who tried to catch him. When they chased after him, he would go into a rage and lash out and bite. At Home, even on relatively calm days, he used to be extremely loud, loquacious, irritable and jealous. After the homoeopathic treatment, he was calmer in every way and his loving nature started to show. 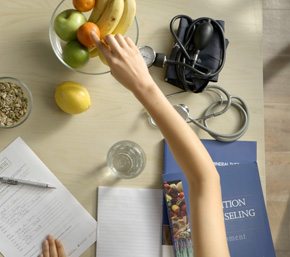