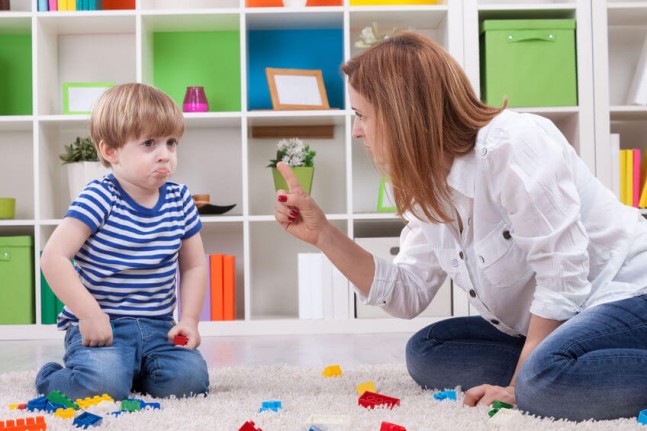 Why punishing your child will motivate bad behaviour

Parenting is probably one of the toughest jobs on this planet.

After all you are responsible for a small little person and inculcating good habits and values in your child takes a lot of hard work from implementing corrective methods to instilling love and confidence in them.

But does this really work?

Researchers from the Institute of General Psychology of the University of Würzburg discovered that any kind of punishment like scolding has the opposite effect.

The brain will trigger an undesirable behaviour by using the already known consequences, even if these consequences are disagreeable.

But the participants were already familiar with the slightly painful shocks they would receive when they pressed some of the keys.

The scientists assumed that the participants would press the shock-delivering key more slowly as they would expect to receive the shock.

But surprisingly the opposite happened and they pressed the shock-giving keys even more quickly than before.

So it seems that punishment alone is not sufficient in stopping undesirable behaviour.

The scientists assumed that pressing the key quickly was caused by heightened arousal and the participants wanted to get over the pain quickly.

But another experiment showed that physical arousal was not responsible for this effect.

In this experiment, participants were asked to solve a task and there were two keys: one causing a mild shock and the other delivering a slightly stronger one.

The participants only pressed that key rapidly which delivered a mild shock afterwards. No facilitative effect was found when keys delivered strong shocks which rules out emotional arousal as an explanation.

This establishes that punishment does not stop the undesirable behaviours but if applied regularly, it can even facilitate it.

So what goes on inside our brain when we are punished?

The brain will trigger an undesirable behaviour by using the already known consequences, even if these consequences are disagreeable.

The researchers say that punishment does not always cause the undesirable behaviour to be suppressed, but it may work in some cases.

Punishment may usually not result in suppressed bad behaviour if there is no other alternative to that kind of behaviour.

Therefore it’s important to give a clear feedback for desired behaviour to guide children as children will only stop their bad behaviour when they have a clear alternative to their problematic behaviour.

Pointing out these alternatives and guiding your children to good behaviour is perhaps a more successful approach and less stressful than dishing out punishments.