Do you suffer from Impostor Syndrome? Read this now 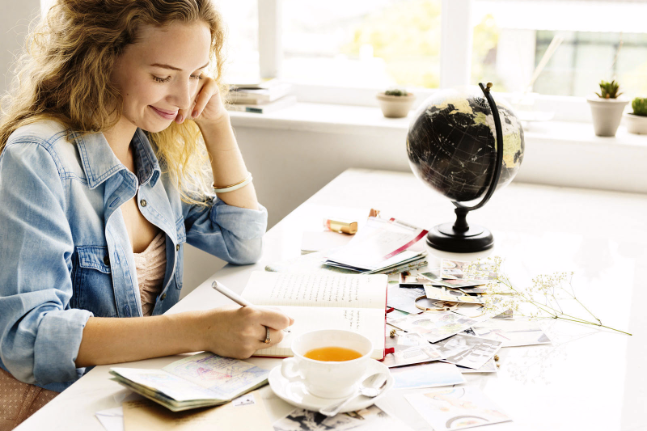 
If you’ve ever had the feeling that your success in life is a fluke or simply a stroke of good luck, or you’re afraid to take that next step because you secretly feel like you don’t really know what you’re talking about, you’ve heard the callings of Impostor Syndrome.

What is Impostor Syndrome?

Welcome to the Impostor Syndrome, something that can affect anyone, from a start-up entrepreneur to one of the most profound and successful authors of our time. The Impostor Syndrome (or Impostor Complex as it’s also called) is that inner voice that says you’re not ready yet. It’s that feeling that your success didn’t have anything to do with your skill. It’s that voice that rejects any praise you get and worries that “they” will find out you don’t really know what you’re talking about at any moment. First named by Pauline Clance and Suzanne Imes, it is increasingly becoming part of modern-day conversation for entrepreneurs, academics and anyone stepping out of their comfort zone.

“The fear that others will discover that you have been bluffing your way through is very real,” says Dr Valerie Young, author of award-winning book The Secret Thoughts of Successful Women: Why Capable People Suffer from the Impostor Syndrome and How to Thrive in Spite of It.

“Every day, intelligent, competent people drop out of school, take jobs far below their true abilities and aspirations, and allow long-held creative or entrepreneurial dreams to wither, all in an attempt to avoid detection. These are, of course, the extreme cases. Most people who identify with the Impostor Syndrome don’t give up or give in. They press on in spite of the persistent self-doubt to get the degree, advance in their field, take on the challenge and by and large succeed, sometimes spectacularly so. Still, the anxiety of waiting for the other shoe to drop remains.”

After discovering the work of Clance and Imes while in college in the 1980s, Dr Young began interviewing and researching successful women in a variety of industries to discover how they overcame their debilitating thoughts of feeling like a fraud.

“I’ll never forget the day I first learned about the Impostor Syndrome”, says Dr Young. “It was 1983. A chronic procrastinator, I was in my fourth year of a doctoral program. Like a lot of graduate students, my status was what was commonly referred to as ‘A-B-D’, meaning I’d completed ‘all but the dissertation’.

“I was sitting in class one day when another student rose to present the findings of a study conducted by psychology professor Pauline Clance and psychologist Suzanne Imes called ‘The Impostor Phenomenon Among High Achieving Women’ (1978). It’s hard to describe what it was like to discover that these vague feelings of self-doubt, angst and intellectual fraudulence had a name. This, along with the realisation that I was not alone, was utterly liberating. This experience proved to be a profound turning point in my life, both academically and personally. I made the life-altering decision to change dissertation topics to study how and why so many intelligent women set themselves up to fall short.”

Tanya Geisler is a leadership coach specialising in Impostor Syndrome and a TEDxWomen speaker on the topic. She says there’s a number of “lies” the impostor complex will use to keep you small, and one of the biggest is the belief that successful people don’t experience it.

“The thing is, everyone’s afraid of falling. We feel sweet relief when we hear that people at the top of their game know the sting of the Impostor Complex: Stephen King, Sheryl Sandberg, Chris Martin, Tina Fey and Maya Angelou. It feels good to be in such exquisite company.” Even John Lennon had his moments, saying, “Part of me suspects I’m a complete loser and the other part of me thinks that I am God Almighty.”

“The Impostor Complex, quite frankly, is kind of like a travelling companion,” Geisler says. “The more you do, the more places you succeed, the more opportunities it will take to point out all you still don’t know. The trick is to not allow it to shut you down.”

It also loves worst-case scenarios and speaks in competence extremities. If you don’t know everything, then you know nothing. If you are not a complete success, then you are a complete failure. It also tells you that you have nothing useful, original or important to say.

“When we believe this lie, we say nothing. We don’t communicate with our audience, our clients, our fans. We pass up opportunities to share our message and don’t collaborate with our peers. And we miss out on growth, learning and connection.”

Perhaps these statements may be familiar to you: “Sure, I’m successful but I can explain all of that.” Or “I’ve just been lucky.” Or “It’s just because they like me.” Or “Somebody helped me get the job.” If your answer is yes, you have an inner Imposter Complex.

How Impostor Syndrome manifests in your life, however, can be unique. Dr Young says, in general, there are five “competence types” of impostors that will try to hold you hostage:

Fear of failing vs Impostor Syndrome

At first glance, this whole description can seem like a fancy, modern-day excuse for fear of failing or low self-confidence, something that has plagued people since the dawn of time. Is this, then, simply psychology talk for an everyday feeling?

No, says Dr Young. “The Impostor Syndrome goes beyond lack of confidence. Everyone experiences bouts of self-doubt from time to time and especially when attempting something new. But for impostors self-doubt is chronic.

“The Impostor Syndrome goes beyond lack of confidence. Everyone experiences bouts of self-doubt from time to time ... But for impostors self-doubt is chronic.”

“Researchers have found that, while no one likes to fail, people who feel impostor feelings feel shame when they fail. They feel like they shouldn’t fail; that if they were really competent, they would never have failed. And women, research has shown, are more likely to internalise mistakes and failings, while men are more likely to externalise them.

“While the impostor syndrome is not unique to women, they are more likely to agonise over tiny mistakes and blame themselves for failure; see even constructive criticism as evidence of their shortcomings; and chalk up their accomplishments to luck rather than skill. When they do succeed, they think, ‘Phew, I fooled ‘em again.’ Perpetually waiting to be ‘unmasked’ doesn’t just drain a woman’s energy and confidence; it can make her more risk-averse and less self-promoting than her male peers, which can hurt her future success.”

Most concerning is the statistics on the number of young women who feel they are frauds in their professional lives. The endless images of picture-perfect lives on social media don’t help: young women, in particular, are being bombarded with unrealistic expectations of how they should look, feel and act and, when they fail to live up to that level, they feel like frauds. Research shows that, compared to men, women also don’t consider themselves as ready for promotions, predict they’ll do worse in tests and generally underestimate their abilities. It’s this self-criticism and talking-ourselves-down that keeps many young — and not so young — women from achieving their best.

At the heart of Impostor Syndrome is your ego. It’s that mean voice inside your head that is constantly doubting everything that’s going well or could go well, and reminding you that none of it will last. Once you’ve identified that voice, the best way to move forward is to get wise to it and go ahead, anyway. That syndrome counts on you feeling alone and isolated, focused on all the failings, keeping you stuck and small. So name it, own it and do it, anyway.

Getting a little checklist of times you have done well and have been successful can also help; a brag sheet, in a way, that helps you see you have form, and you can do this. Include your successes, even if you felt like a bit of a fake at the time.

“As you sit down to write the book or step up to the mic, think about how everything you have ever made, delivered, sold, created, drafted, crafted, survived, healed and done is coming together,” suggests Geisler. “Your success was the result of the skills and will you brought to the table (and sure, maybe the stars were aligned as well). And so it shall be again. As long as you keep bringing your skills and will to the table.”

Ask yourself: why is it important I do this? How am I helping others? How is this about more than just me?

Pausing and celebrating your success along the way — no matter how small — is also important. It’s what conditions you for more of the same. Be mindful of the language you use when you do celebrate, too: no diffusing the success by talking it down. It’s time to own your unique skills and learn to have confidence in your unique self.

“The very fact that you are experiencing the Impostor Complex in the first place is proof that you are conscientious, high-functioning and have strong values of integrity and excellence,” says Geisler. “This keeps you on your edge, striving for mastery, which is what makes you a good leader. You just need to gather some tools to help you root into the truth about your abilities.”

Often, focusing on the service or benefit you are providing to others can also help shift the fear. When success is measured on what people think of you, or how people will react to you, you can hold back from stepping out; but, when you shift your focus to how it affects others, then you can rise above it and do what you are here to do. Ask yourself: Why is it important I do this? How am I helping others? How is this about more than just me?

Perhaps what you have to say has been said before. Perhaps there is a better speaker, a better-researched expert, a better-looking role model: the fact is there is no one else like you. Perhaps you’ll make a mistake, fall on your face or have to go back to the old job: none of this means you were wrong to try or that you were a fake. Life is not about waiting for everything to line up perfectly before you step out and give it a try. Take that impostor voice and show it what for.