One WellBeing reader shares how he turned personal trauma into creativity 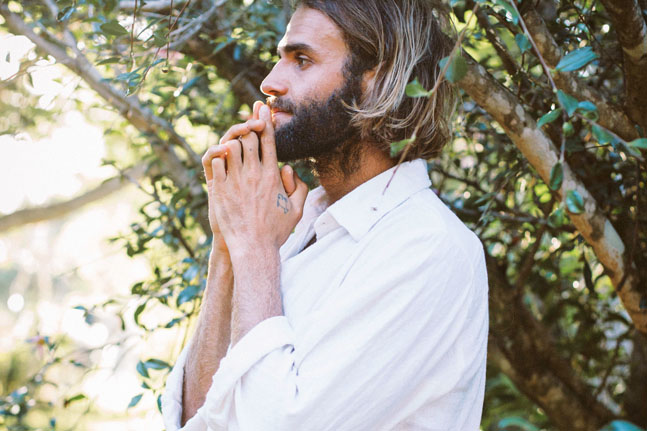 
Have you ever been in that place of darkness where the walls have caved in and it seems there is no way out? It’s as though the entire world has fallen before you, its noise becoming unbearable and pounding the insides of your mind. In that place, clarity begins to feel like a foreign concept. The more you’re dragged into the fog of depression, the more normality begins to drift further and further away.

The biggest gift art has given me is allowing myself to feel without shame.

I know my story with depression is common but that doesn’t make it any less valid. When I first finished high school, I felt a sense of emptiness. This emptiness came at a time when I should have been feeling so full, rich and thriving in youthful energy. Over the years after high school, the pressure of “What do you want to be?” started to build up. It seemed like all my friends knew what they wanted and went off to university to begin the next chapter of their lives. During that time, I felt alone, vulnerable and extremely lost in the world.

When I reflect on those times of confusion and loneliness, I realise that I had no idea how to operate as a human. My mind would run crazy on itself; I had no control or understanding on how to calm the storm within. What helped me overcome my depression was learning about it. I learnt about the chemical interactions within my body and mind and how certain things triggered certain feelings. I also learnt how to sit comfortably with my own thoughts — that, along with nature, were the game changers. Being in nature helped me find clearness in my mind.

Now, these dark days of depression seem like a lifetime ago. There has been a complete swing of the pendulum. Back then, I experienced the darkest hour of the night, every night. Now, the sun’s rays shine on a crisp spring day. Although the possibility of swinging back is always there, I am now aware of what I need to do to stay bright: create.

I picked up a camera for the first time at the age of 20. As my index finger pressed down on the camera’s shutter, my whole world flipped upside down. As I took that first photo, the dark void of my depression was suddenly lit as if by a giant matchstick. The moment the match lit up the space, I was able to see everything in its entire beauty. Now, each day, I wake up without a plan. I just keep following this dancing flame.

The greatest lesson I have learned about being a self-employed creative is to surrender to the greater good of what my spirit is bringing into the world. Recently, that has been writing and within a year-and-a-half I have self-published three books that have been sent all around the globe.

My only wish for my writing is that readers feel the words with their hearts. I write so my words can offer others a glimpse into what I am feeling. The biggest gift art has given me is allowing myself to feel without shame. Later in life, hidden emotions that might have been stored away for decades could bubble to the surface and cause disease and pain. In a society where men are often raised to hide emotions, I am proud of myself for being open. I believe it is more courageous to show love and be vulnerable than it is to be “tough”.

Art has known me at my lowest of lows and it has raised me to my highest of highs. It has provided me with the clarity I need to walk my path in this world. When I wrote me first book, the very first lines that came out of me were, “Instead of having oxygen circulate around your body to continue being alive, how would you live your life differently if we relied on the emotions of happiness and love?” In times of need, I go back to this sentiment. It reminds me that all of our hearts beat as one.